Robert Minton-Taylor is a visiting fellow at Leeds Beckett University and a former director of Burson-Marsteller in the UK. 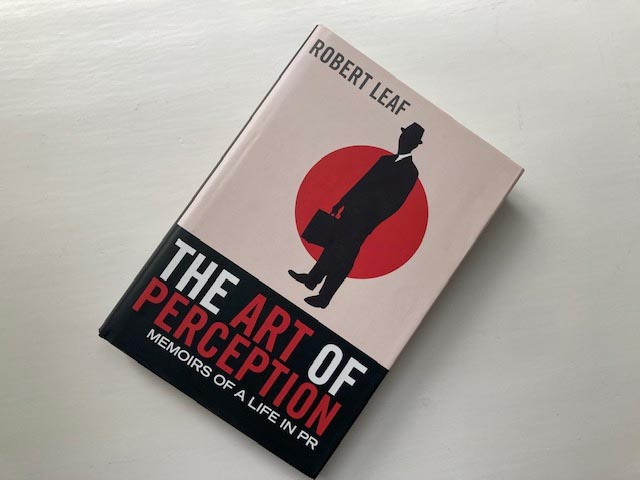 Robert (Bob) S Leaf – the executive who defined international public relations in the 20th century – has died aged 89 from cancer.

Born in New York City on August 9, 1931, he was hired by Harold Burson’s business partner Elias (Buck) Buchwald as the firm’s first trainee in 1957 having served in the US army as an information and education officer. At Burson-Marsteller he rose to become international chairman, setting-up the network of offices that made the agency the world’s largest public relations firm in the 1980s. Debrett’s recognised him as one of Britain’s 500 most influential people.

Bob set so many firsts that it’s hard to know where to begin. He helped set up the first PR agency in the Soviet Union and established the first official Chinese Government PR consultancy, all in an era when it was unfashionable to do so. He also launched the first international PR firm in the Middle East and opened Burson- Marsteller offices throughout Europe, Asia, South America and Australia.

The word icon is often misused, but in Bob’s case he really was an icon in the way he fashioned global PR.

There can’t be many global leaders of business, politics, the arts and charities that have not heard the name of Robert S Leaf. He was very charming and his liberal Jewish humour could have a room in stiches in seconds.

He stood tall in stature and in substance. Although he moved to London in the 1960s, he never lost his distinctive New York accent which made him even more distinguished. When Bob walked into a room people noticed. But in spite of his seniority he was known for his generosity of spirit and penchant for spotting and nurturing young talent. His ability to transcend country and political boundaries and encourage different cultures, religions and nationalities to work together was formidable. He would have made an outstanding diplomatic ambassador for the United States.

His strategic vision and his skill in selling an idea were renown as was his ability to captivate an audience. I shall never forget his lecture without notes to a full house of undergraduates at Leeds Beckett University to promote his 2012 memoir, ‘The Art of Perception’. It overran by an hour but no-one noticed. He had the audience, six decades his junior, transfixed.

Afterwards, he and his talented wife Adele joined us for dinner at a swanky Italian restaurant in the city. Never to miss an opportunity he did the rounds of the restaurant and deftly sold a copy of his book to every single table of diners and, for good measure, to the restaurant’s head waiter and general manager. He was in his in element.

There are a huge number of executives in our profession who owe their livelihood and careers to Bob.

He never wrote a PR textbook, but his teaching on everything from how to pitch a story, run a multinational PR programme and get to heart of a communications issue and resolve a crisis was legendary. The public relation industry doesn’t do PR beasts like Bob Leaf anymore, but his legacy on fashioning public relations for modern times will be remembered for decades to come.

Robert Leaf’s The Art of Perception: Memoirs of a Life in PR was published in 2012 by Atlantic Books.