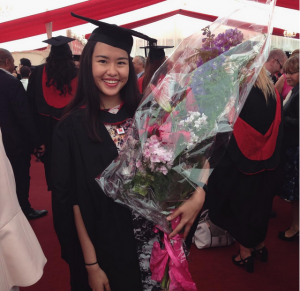 This is an edited version of a prize-winning essay on crisis communication submitted by Taylor’s University/University of West of England dual award student Diandra Phua.

On 28 December 2014, AirAsia Indonesia Flight QZ8501 was scheduled for an international passenger flight from Indonesia to Singapore using an Airbus A320-216.

The aircraft operating the route was just over 40 minutes into its flight when it lost contact with air traffic controllers. The aircraft then stalled and crashed into the Java Sea, killing all 155 passengers and seven crew on board. The majority of the passengers on board the aircraft were Indonesian.

Two days after the crash, human remains and debris from the aircraft were found floating in the Java Sea by fishermen. The wreckage was located on the seafloor soon after with the flight data recorder and cockpit voice recorder recovered on 13 January 2015.

On 4 March 2015, the search for the remains was called off by Bambang Soelistyo, national search and rescue chief, after two months of vigorous searching.

250px-AirAsia_New_Logo.svgDespite not being directly responsible and despite owning 49% share of AirAsia Indonesia and with Fersindo Nusaperkasa owning a 51% share, Tan Sri Anthony Francis “Tony” Fernandes (Tony Fernandes) stepped up to the plate to handle the situation.

To the world, he handled this crisis perfectly and by the book. By the book, meaning that AirAsia conformed to using the Image Restoration Theory. Benoit (1995) brought a rhetorical perspective of crisis communication to light by emphasising that similarly, to individuals, organisations enact image restoration attempts when they perceive that their reputation is being threatened.

Face is an important commodity and organisations wanted to be perceived by their stakeholders in a certain way. Through this, they engaged in a communicative behaviour “to reduce redress, or avoid damage” onto themselves.

With the reducing offensiveness strategy, they gave out compensation to reduce the degree of negative feeling within those affected and unaffected. The families involved were initially offered £15,000, an amount which some families refused to settle with. AirAsia then increased the compensation to £66,000. This showed that the organisation was willing to help the victims of the crisis while showing sympathy and proving itself to be responsible.

With their mortification strategy, AirAsia took on the responsibility of the crash head on with their spokesperson being Tony Fernandes to make public apologies who said he would honour the airline’s obligations to them in a statement which was “I apologise profusely for what they are going through. I am the leader of this company; I take responsibility. That is why I am here. I am not running away from my obligations.” Many other steps were taken to ensure the preservation of the company’s reputation, as shown in later paragraphs. All of which, made AirAsia very successful in their crisis management strategies.

A fatal incident like this either brings total success or total failure to an airline. Cause of incident aside, every little thing done could affect the reputation of the company. Professionalism and authenticity of the airline’s response is beneficial to the company’s reputation and this is exactly what AirAsia did, in light of the incident.

The first thing Tony Fernandes did was take centre stage in responding quickly with real actions.

Tony Fernandes tweetsHe managed this crisis through social media by tweeting via AirAsia’s own twitter account about the incident that they would have a statement soon, barely an hour after it happened. The tweet said, “We will be putting out another statement soon. Thank you for all your thoughts and prayers.we must stay strong.”

Three hours after the tweet, he was on a flight to Surabaya with clear intentions of what he was doing; he was in the city to meet with families of the passengers and crew, as mentioned in his tweet, “On my way to Surabaya where most of the passengers are from, with my Indonesian management. Providing information as we get it” and “Thank you for all your thoughts and prayers. We must stay strong.”

Because of this, newspapers and websites started covering him in a positive light. A local news website was quoted saying, “Fernandes maintained an image of calm today even as his company plunged into its first major crisis after Indonesia AirAsia flight QZ8501 went missing in bad weather en route from Indonesia to Singapore.”

This was not the first time Tony Fernandes had taken charge of a crisis, as seen in him taking charge and apologising for running an advertisement that called nurses “lousy”. Tony Fernandes isn’t the type to play the “blame game”, where once something goes sour, fingers are quickly pointed.

In the case of Flight QZ8501, he could have easily washed his hands of the issue and blame his Indonesian partners since they were majority shareholders, or put the blame on the weather, but, no, he stepped up to the plate and took responsibility for everything.

Tony Fernandes made himself available to the media and became the focal point of the whole incident. He has a history of open communications in the airline industry. Through this, he demonstrated his, as well as the company’s, total support and care towards those of whom were directly affected by the incident.

This also showed the company’s commitment to find out what happened during the aircraft crash. Since the crash happened, being in the spotlight, Tony Fernandes, an active twitter user with close to a million followers, quickly apologised for the loss of life, while expressing shock and sympathy. “I apologise profusely for what they are going through. I am the leader of this company and I have to take responsibility,” Tony Fernandes said at a televised news conference. He also answered questions following facts while avoiding speculation.

Air Asia BloombergA hotline for relatives was set up as well. Tony Fernandes played the human factor very well, in all his statements and interviews, he sounded authentic, genuine and credible while looking after the families of those affected; his number one priority at that time.

This could be seen from the words he used to his facial expression. This goes to show that AirAsia was stepping forward to take responsibility for their actions. Through this, Tony Fernandes showed a lot of empathy and used many channels to get that across, from social media to the television. From his actions, the company seemed more sincere compared to many corporate executives after a disaster or mistake. AirAsia, in expression of their grief of the disappearance of the plane, changed all their social media logos from red to grey.

Tony Fernandes used a smart strategy in using social media to report and give updates on the crisis. This is because social media can be a way to provide real time alerts at a swift pace.

With Facebook and Twitter being the social media used by AirAsia to give information and instructions, they already had an accumulated audience of over four million; almost three million coming from their AirAsia Facebook account and over one million from their Twitter account. Through the use of social media, the world could be updated instantly and facts communicated in a timely manner. This showed that real time communication via social media could change the way crises are managed and experienced by the population.

There was a need to focus not only on communicating to the affected persons but to take into account that the unaffected too, need information. All these people can be included in the communications strategy; to enhance resilience in the long run and to improve their knowledge of the crisis. With the help of social media, transparency of the company would be improved and trust would be gained. With regularly updated tweets, AirAsia enhanced their level of transparency as well and capitalised the trust of their followers that benefited and adapted to the breaking news effect.

In a televised news conference, Tony Fernandes said “It’s very difficult because they lost loved ones,” and “I think all I could do was provide comfort, provide assurance that we’d be there throughout—we’d never forget them.” Through actively engaging his readers through social media, he provided transparency during the plane crash’s investigation. “I think people want to know, and they’ve got to hear it from the man in charge,” he said. “I just think I’m the boss and I’ve got to lead from the front.” Through all these tactics, AirAsia responded fairly well to the crisis.

Though AirAsia communicated the crisis well, in terms of establishing good communication channels and compensation to families involved, they did one thing wrong, which was speaking extensively in a crisis where all the facts were not laid out yet.

Getting information out quickly can conflict with the need to get information out accurately which is exactly what happened to AirAsia. Even though Tony Fernandes took charge and engaged social media to disseminate his key messages, this overlooked point could have put the company’s reputation in jeopardy. This could be seen when it was reported that Flight QZ8501 did not have required permits from regulators to fly on the day of the crash. It was reported that transport ministry spokesman J.A. Barata said the airline was only permitted to fly the route on Mondays, Tuesdays, Thursdays and Saturdays from late 2014 to early 2015.

Due to this, Tony Fernandes’ credibility was called into question, making him confront the issue of him not having the same information while addressing the crisis. Since the emergence of the information, Tony Fernandes reduced his public commentary dramatically. He had to withhold specific comments until more facts came to light. The communications challenge that AirAsia has to overcome is re-establishing their credibility in the future. To overcome this, it is recommended to say nothing until all facts are available. Besides that, the airline should gather facts as fast as possible because those affected and unaffected need to be quickly informed.

Summarising the above, it is difficult to respond to a crisis perfectly. Different crises offer different kinds of lessons but one clear lesson everyone took away from AirAsia’s crisis is that personal responses are more effective than corporate responses.

People relate to people and AirAsia is a fine example of that.