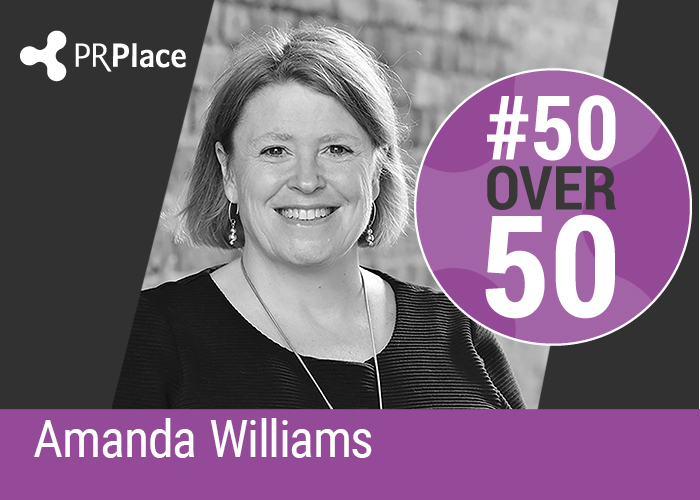 Amanda and I spoke in the midst of the Coronavirus lockdown, meaning uncertain times for many businesses.

“I’ve not known a time like this.  I’ve been in business through two recessions, 9/11 and had some hard knocks but nothing like those last two weeks of March – everyone in complete and utter shock. You could see things crumbling around you.

“It’s going to hurt and may spell the end for some. But you can survive and come through stronger and leaner.”

If anyone can steer a business through these challenging times, its Amanda. Storm Communications started in 1994 when she was in her 20s.

She and others broke away from the agency of which they were a part of to set up the business.  “You’re quite brave in your mid-20s,” says Amanda.  I didn’t even think of it as a risk, even though I had just bought my own place and had a mortgage.  It didn’t cross my mind that it wouldn’t work.”

I’m always fascinated by how people get into PR. It was an encounter in a Chinese restaurant that set Amanda on her career path.

She was working at the Weybridge restaurant while studying A-level fashion and art. One of the regulars was Quentin Bell. “I was always one of the chatty ones among the staff and one day I asked him what he did. Well, I had no idea what a PR agency was but he gave me his card and said if I wanted a job to get in touch.

“My parents were supportive, they knew I wasn’t really dedicated to my course, so I went up to London where I was interviewed by him and Trevor Morris and came away with a job offer.  I was going to be working in Covent Garden and be paid £4000! I never returned to college and haven’t touched a sewing machine or pair of knitting needles since.”

They were very different times in the PR industry – Amanda describes it as being a bit like Mad Men. “Quentin was very flamboyant but could also be very temperamental, I remember one day he kicked someone out of the door because they hadn’t paid an invoice! But he was also generous and good fun.

“I was working with some really talented people and learned a lot.  Starting as a receptionist at 17, I was an account executive by 19.  He used to joke that he had saved me from a life in a Chinese restaurant!”

Amanda had found PR and found herself at home.

The environment in which PR operates is ever changing and for Amanda, that’s what keeps it fresh and exciting.

The past five years has seen more change than in the 20 years before.  You need to constantly evolve, stay relevant and ahead of the curve. You can’t keep doing the same old, same old.  When I first started, a consumer campaign probably just meant running a few regional competitions! Now you need to be agile like never before.

Even though Amanda is now an MD, she still enjoys the thrill of the chase. “At the start it was the thrill of chasing coverage, now it’s about the chase for growth, winning new business, setting targets. I always have to have goals and targets, I’m quite self-driven, I want to keep developing and changing pushing the agency.  But ultimately it’s still about delivery for your clients.”

Amanda is grateful for the grounding she got working in Quentin Bell Organisation. So, what makes a good PR practitioner now?

“I don’t like indifference, it needs passion, energy and drive to push boundaries and do things others say you can’t do. That’s what I want from a good employee.  To see happy clients and know that it is your team delivering, it makes me proud to be an agency owner.

“I want to look at the next generation of PR practitioners and think about how we can make them the best. I want to think ‘Jesus, they were taught well’.  Just as I was.”

So, what of the future, I started this piece by talking about the environment we find ourselves in. What will PR agency life be like as we move out of lockdown?

“COVID will make everything sharper.  Good agencies will be sharper and more agile. There will be real focus on deliverables. Clients will want to see what difference is being made to the bottom line. We will see campaigns having to focus on that.  It will be grittier.  Clients will divert funds towards campaigns that drive sales, rather than just brand awareness.”

During the lockdown, there have been winners and loser brands – some have managed their reputations better than others, which brand does Amanda thinks has got it right?

She picks Brewdog.  “They were quick off the mark to say the directors wouldn’t be taking salaries. It has always been a disrupter brand, pushing boundaries and challenging, but that tone of voice changed quite dramatically and it has run a really nice campaign to create 102 local community pubs online.  It’s done this while still staying true to itself.”

Being in business isn’t easy for many right now.  My #50Over50 features are designed to celebrate age and experience and I think its experience that will see Amanda and Storm through to the other side.