One of the things that I find inspiring about our #50over50 series is the variety of backgrounds and entries into PR that I find. My own route into PR and comms came about after somehow ending up in the PR team of a larger organisation and finding I really liked it – and was hopefully OK at it!

Jonathan Leach, who has recently left Derbyshire Constabulary – where he had been one of the first professional heads of communication – to start his own consultancy, had just such a start.

He left school at 16 and worked in a department store, then in various other retail management roles, before moving to a packaging company. The packaging company had stock to get rid of but no plan about how to do it, so he set up devising a marketing strategy for the business and never looked back.

His success led him to move to a pure comms role with Royal Mail. Despite his experience, Jonathan felt he lacked the theoretical underpinnings for what he was doing. “I decided to do a post graduate diploma,” explains Jonathan. “It gave me the theory but it was hard going making the shift from business writing to the academic style that was needed!”

With the practice and theory under his belt, it wasn’t long before Jonathan took over his boss’s role as Head of Communications for a division of the Royal Mail.  “It involved a big change programme, we were cutting 76 sites down to 12. It was quite emotional, having to break the news to staff, you can’t help but feel a sense of responsibility and empathy with those who are going to be made redundant. It is so important that it is done with respect and kindness.”

As well as empathy, Jonathan has a strong sense of customer service which started with his time selling food in a nightclub (he was just 15!) and also that early start in the department store.

It’s something that helped him to transform the way that communication was seen at Derbyshire Constabulary.  “I was brought in to modernise how we communicated and it was something of a first” he explains. “Up until then, comms in the police was seen as a good thing, but not necessarily where you put your best people.

“One of the things I am most proud of is the cultural shift from adversity to communication, to being at the forefront of it.  When Twitter arrived we were told that we were ‘never going to have that’ but by the time I left we had around 130 social media accounts with individual users taking responsibility.”

Continuing the theme of practitioners having many different starting points, Jonathan says that he is also proud of being able to develop people into comms roles. “I had the privilege of giving people opportunities – we had some outstanding people but without a comms background and I was able to help them develop into those roles.”

He was with Derbyshire Constabularly almost 16 years and recently decided it was time to make a change.

“I was starting to think about quality of life.  I loved the police role and the people there but I was also starting to look for new life experiences, I think you do as you get older. I was lucky to have the chance to take redundancy and turn it into an opportunity.  It seemed the right time – I had the privilege of leaving when we were doing some outstanding work and communication had become truly embedded. Always leave them wanting more!”

That last comment gives a clue to another side of Jonathan. It is attributed to the American showman P T Barnum and Jonathan is something of a showman himself…..

He came to acting quite late and four years ago set up an arts festival – Duffield Arts Festival, with over 300 performers, centred on his village.

“Part of the premise for the festival was to bring young and old together through art,” he explains. “It’s lovely to see the inter-generational mix that we now have.  We get people involved whatever their skills level. It provides a safe environment for people to have a go at things. This year we are going even bigger and better with some international acts coming.  Everything from a teenage Downs Syndrome dance group to an outstanding Bangra group. 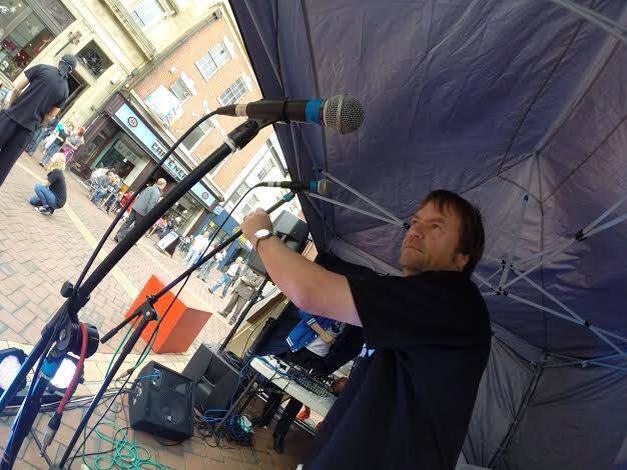 Jonathan plans to use his drama skills in his new business.  He sees strong links with communication – for example, in presentations which is something Jonathan will provide training in.  “You can also use dramatic techniques to help people to understand change for example,” he says. “Facilitation is another area, you need to be able to think on your feet in just the same way you would on stage if something goes wrong.

“There was a time when I was playing Mr Rochester in Jane Eyre and had to pretend to fall off a horse. I was actually stood on a chair and someone had to push me off. Unfortunately they pushed too hard and I flew across the stage and crashed into the scenery which fell down on top of me. I had to think fast, put the scenery back together and carry on.”

Sounds to me like Jonathan is someone who refuses to make a crisis out of a drama!

Finally, something you may now know about Jonathan… when his interest in drama began he did some work as an extra and played alongside Keira Knightley in The Duchess.

Jonathan’s years of communication experience coupled with that artistic talent sounds to me a winning combination that will see his new consultancy business Indigodrum Communications pulling in the crowds!