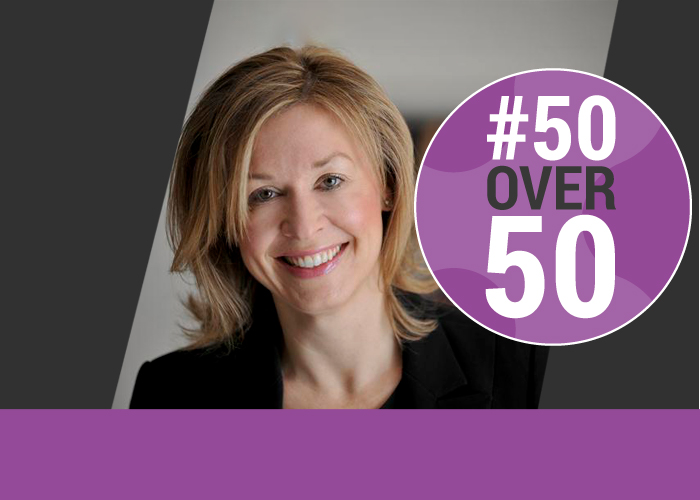 Mary Whenman is used to succeeding in competitive, male-dominated environments. This former president of Women in PR had gained a bursary as one of the few girls to attend a boys’ public school in the sixth form. ‘I now realise in hindsight that that set me up for life because I’ve never had any qualms about going into a meeting that’s all men’, she says. ‘I sometimes joke ‘OMG it’s just like being back at school’.’

She’s now Director of Communications for the government-owned British Business Bank, and is also the mother of three boys.

‘When I joined the British Business Bank, it was only just over three years old, having been established in 2014 – the UK being the last of the G7 nations to set up an economic development bank.

‘The UK is a fantastic place to start a business – but compared to the US it’s not got as good a track record  at scaling up businesses. In the UK we have this funding gap. The bank lends through delivery partners such as venture capital funds. At the end of March 2020, we had £8 billion of finance supporting 98,000 businesses – including a number of unicorns. Today, more than £80 billion of finance is supporting 1.6 million businesses to recover from the pandemic. We’re supporting 25% of the small businesses in the UK.’

Before taking this in-house role, she’d had a highly successful career in agencies for over 25 years, so which suits her better?

‘I think that when you get to a senior level in an agency you become distant from your clients and from the public relations role and you end up managing a very large spreadsheet, spending most of the time with your finance business partner, and I didn’t go into public relations to be an accountant.

‘To become an agency MD you need a number of skills: you’ve got to be able to run and lead a team, you’ve got to be a great client adviser, and you’ve also got to be really good at business development and running a P&L. Those are the people that become agency MDs. But you don’t necessarily have to be a deep specialist in your topic: I’m a corporate communications professional but I cover a very broad range of sectors and industries.’

I left the agency world because I could see that for the remaining 15 years of my career I was going to run increasingly more complex spreadsheets and become more and more distant from any client work.

‘So I decided to switch to in-house – and that was really challenging at such a late stage in my career. My advice to anybody would be to switch earlier. Switch at associate director level because you’ve got enough experience under your belt that you can bring something, you’ve been well-trained in agency because most of the medium and large agencies have very good training schemes, you’ve learnt from a really wide range of people.’

‘A recruitment consultant advised me: ‘if you go for a senior role on a comparable salary, you’ll be competing with people who’ve been in-house for 10, 20 years and your CV’s just not going to get through. So I was advised to go and do interim roles as a way to moving in-house.

‘I left his office with these words ringing in my ears: ‘you’re more Lidl than Tesco. It doesn’t matter that you’ve been an agency MD, that you’ve advised FTSE 100 and Fortune 500 chief executives – that’s not relevant to the people hiring you. You need to target FTSE 250 businesses and private equity-backed businesses. That will be your way into working in-house, and then you’ll build up to a FTSE 100 role.’

Her move in-house did indeed come via a private equity business where she set up the comms function from scratch.

‘With in-house hiring there’s a lower appetite for risk – and I work in financial services and know all about risk appetite – so people often want to hire someone very similar to the person they’re replacing. Occasionally you see a really brave in-house hire and sometimes it works and they stay a while; but sometimes they’re off within three to six months.

She contrasts the hiring experience with the agency world. ‘I got approached for a very senior agency role via DM on Twitter; that would never happen in-house.’

But are there added constraints facing women?

‘I’d had female chief executives and great female role models at Paragon, at Biss Lancaster at Hill & Knowlton and at Grayling. It hadn’t occurred to me that sexism existed. It was only when I got to MD level that I started to notice it.

‘I got approached to be president of Women in PR. I said I’ll take it on if I can completely modernise it. At that point it was simply a networking organisation for senior women, and I said we need to retain the networking but become a campaigning organisation as well. We chose three topics: flexible working, women in the boardroom, and the gender pay gap. We also reinvigorated the PR Week/Women in PR mentoring scheme. It’s now in its seventh year and has been a huge success.’

Whenman has spent her whole career in public relations and communication roles.

‘I’m one of the few people I know who came into PR by choice. I had been fascinated by advertising when young, but worked out that if you work in advertising, the power is with the creative – and I knew I didn’t have the ability to be the creative, and that I would be a ‘suit’. Then I attended a CIPR careers day as the youngest person there and realised this is for me: you’re the creative, the account handler, you’re doing everything.

‘I then went off and did my Business Studies degree at Bournemouth. In the gap year I applied to about 50 PR agencies, got a job with a boutique agency, did my gap year there and then went back to them when I graduated.

‘They were a husband-and-wife team. David Crewe had been a journalist, and he taught me how to write. Helen was a fantastic events manager, and I learnt all my organisational skills from her. In a small agency you learn about client relationships, and about the importance of financial management and cashflow.

‘The happiest days were probably at Paragon Communications and at Biss Lancaster. Those were the golden days: it was just a lot of fun and I was working on huge accounts. I worked on Royal Mail; I launched Orange in the UK; I worked on Samsung. You’re working on these great brands that pass the mum test (your mum’s heard of them).

‘Though I was very successful in international agencies, I wasn’t so happy there. I could see there wasn’t a long term career by staying there. It’s different in the US where age is highly regarded in the workplace.

I thought I’m going to have a longer and more interesting career if I move in-house. When you move in-house you’re often working with peers in your age group and you feel more confident giving advice.

‘When you’re a senior client, you want senior advisers in a crisis. Age and experience counts.’