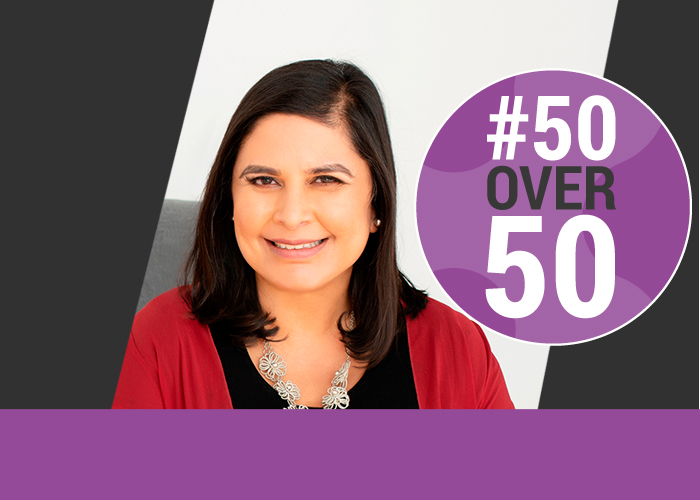 As we talk on MS Teams, there’s a statue positioned behind Priya Bates in her Toronto home. 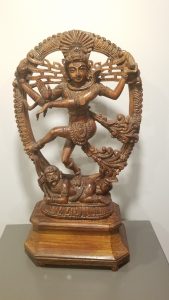 ‘It’s the Lord Shiva, called the Natraj, doing the dance of life, stamping on the devil. Life has ups and downs; it has peaks and valleys; and those are all part of what life is meant to be. And as long as we embrace knowledge, we can actually dance through life, moving in the right direction.

‘For me there’s so many analogies to change: to going with the flow, to realising that in order to get to calm we need to go through chaos. I believe that the chaos today is leading us to this awakening.

The statue tells of her origins: she was born in Mumbai, India, moving to Canada aged three. But it’s also a misleading clue to her upbringing.  ‘I was raised Catholic, but we have Hindu roots. We children thought it was just a scary statue, but I inherited it from my mother. Apparently it had to come home, and that meant to my house here in Canada. The Natraj is a god of war, the equivalent of [the Roman god] Mars.’

Conversation turns to Advita Patel; the two women first met at an IABC conference in Vancouver in 2019 and realised they had many shared experiences.

‘Talking to Advita, it was haunting how similar our stories were. We got into this conversation about navigating our lives and our careers and the challenges that we had, and we saw the same story come up, regularly. We started talking about the fact we didn’t see a lot of women of colour – or people of colour for that matter – in our profession.

‘When you were one of the first to step into those spaces, you were really proud of yourself. But we need to make space for more people like us.’

‘I’m a very proud Canadian. That being said, I came to Canada in the seventies and I remember being called ‘paki’. It’s a very similar experience to Advita’s growing up in Manchester. People are getting more emboldened to be racist.

‘Yet I’m an incredible optimist. I see the acceptance and progressive thinking of the next generation.

‘Following that first meeting, Advita told me: ‘Listen, I don’t have a lot of leaders I can follow. You are one of the few women of colour in the profession that I know of – and you’ve also gone out and started your own business.’ This conversation took place in February 2020: pre-pandemic and before the murder of George Floyd.’

This led to A Leader Like Me, their campaign and community to encourage more women like them to succeed in public relations and comms roles.

Meanwhile, the A Leader Like Me podcast has listeners in thirty countries.

While Advita Patel’s consultancy is called Comms Rebel, Priya’s is Inner Strength Communication which she founded eight years ago.

‘Inner Strength is about building from the inside out. I had worked in the technology industry during the boom and the bust; at that time I understood customer communication but not internal communication.

‘Working for technology companies, navigating the bubble bursting, I realised that my biggest challenge was to educate the employees to think differently now you were no longer making money on the hardware (the laptop and desktop PCs); you were making money off the services and the software and the peripherals.

‘It was a lightbulb moment. The reason the Merisel division in Canada was so successful is because we’d focused on the employees first. With that inside-out philosophy, we can make a huge difference. And this is what gives me my professional passion.

Internal communication is an enabler of business success. We know that in order to manage reputation and risk we need to be talking to our employees – who are now remote or hybrid. We need to meet them where they are. But now they’re remote, how do we know what they’re thinking?

‘But a lot of people working in internal communication don’t know what good looks like, so there’s a lot of tactical work; many are stuck on the hamster wheel, running, reacting instead of being strategic about what they do.

‘I’d love internal communication to reach that strategic level by the time I decide to hang my hat, because it’s a long time coming. There’s a tension: is communication about creativity, or is it about impact? You need to know how to communicate, but you don’t get to the value until you can impact the business results, and that’s where we’re headed.

‘I’ve seen organisations that not just survive, but thrive through disruption, when they get the internal communication piece right.

Growing up on two continents separated by thousands of miles, it’s perhaps no surprise that Priya Bates has gravitated towards an international membership association. She’s been involved in the International Association of Business Communicators (IABC) since 1994 and she’s now an IABC Fellow.

‘We always emphasise the I in IABC: the value is in international. Canada is also a leader in the IABC network, and IABC Toronto is the largest IABC chapter in the world.

‘To become an IABC fellow you need to have made a contribution to your own career, to have contributed to the profession more broadly, and to have made a contribution to the association through volunteering. Few new fellowships are awarded each year. There’s probably fewer than 100 who have been recognised with a fellowship after 50 years. It’s like a lifetime achievement award. The IABC’s Gold Quill award is one of the hardest to win because it focuses on impact and is focused on strategy.

‘I led the taskforce to rebrand the association in 2015. It was really interesting doing the research on that in terms of what makes IABC unique.

‘There’s a personal aspect too. There’s something about IABC creating connections that’s different from any other organisation I’ve ever known. If one of my kids is stuck anywhere in the world, I know there will be an IABC member who’s more than willing to step up and help.

‘I love to cook. With IABC we have a Facebook group called IABC Eats. We love breaking bread and talking comms: we could do it for hours. We’re all really passionate about what we do and the role we can play in making organisations stronger and meeting the needs of their people.’