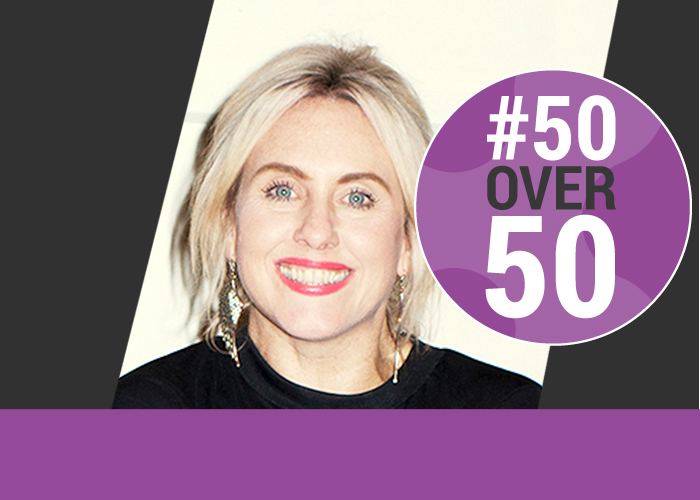 Sharon Brigden, Director of SLBPR in Leeds, actually wanted to be a war correspondent.

She also loved – and still loves – fashion. But at the time, the only fashion degrees on offer involved art and this wasn’t her forte.

So it was a media studies degree for Sharon, at the Polytechnic of Central London, now the University of Westminster. It’s hard to imagine now, but at the time media studies was quite a rare subject. There were only four programmes in the UK and Sharon’s only had 30 students. But it looked more exciting than pure journalism and gave the opportunity to major in television production which Sharon loved.

“I was lucky to get the place because someone dropped out so off I went to London and had a great time – raves, clubs, going on student marches. We marched against Clause 28, student loans – all sorts of things. I was quite political.”

Unfortunately just as Sharon graduated, recession hit. A promised job with a production company that did adverts for HMV among others, was withdrawn and Sharon’s confidence took a knock, particularly as she could see the BBC were taking graduates with Oxbridge degrees in fine art rather than a relevant topic. “It didn’t seem right” she says.

But as is often the case, out of that knock came opportunity – a temping job with Phyllis Walters PR which had an amazing roster of fashion clients.

“I’d never heard of PR, I thought it was something to do with advertising so this was a real eye opener. It was just after Liz Hurley wore THAT dress and we were working for Versace so you can imagine the interest.

“Plus we had lots of Versace clothes in the office and when the boss was out we used to dress up in them!”

Sharon loved London life and now worries about the struggle for young practitioners who can’t afford to live in the Capital. She feels it hampers diversity. “When I went to London as a student Clapham was affordable – imagine!”

But Sharon is proof that it doesn’t all happen in London.

During some time working in Australia she met a man from Leeds who became her husband and north she went. (He will say she was attracted by the ability to order a curry at 4am and have it delivered.)

She joined the Hairdressing and Beauty Industry Authority (HABIA), working with their qualification providers and enjoying that combination of hair and beauty. But it was a long commute and when her daughter was born she went freelance and the Authority was one of her first clients.

From there the work snowballed and she branched out beyond hair and beauty.

Then with two small children she decided to merge with another business. But realised it was a mistake. “It became all about the money and I’m more about the people and exciting projects” explains Sharon. “It taught me that the right fit really matters – the company I merged with didn’t have the same ethos and it just didn’t work.”

However, for the second time for Sharon, out of adversity came something positive.

“It made me realise what really matters to me and what sort of business I want to be” she says. “I’d perhaps been a bit naïve going into it, but it taught me a lot. I came away with a really clear vision.

“It’s about having innovative and exciting clients. It’s about an enthusiastic team and not about being the first one it the office and the last one out.”

SLBPR has an office in London but Sharon is passionate about what is happening in the northern regions and thinks lockdown and COVID-19 will accelerate the growth and innovation. “Journalists I speak to aren’t going into London anytime soon,” she says. “And digital is huge here, in our building there is a company working for Hollywood movies.

Salons are doing better here than in London and the media is becoming less London-centric with the BBC move to Salford and Channel 4 coming to Leeds.

It’s good news for young practitioners who can’t afford or don’t want to work in London.

So what about Sharon’s advice to the next generation of practitioners? “Be curious, be ready to start at the bottom. Ask questions. When taking someone on, I also always look to see if they have worked. During the recession I worked behind a bar and it taught me so much about people. I think those life lessons really matter.”

Sharon also calls on the industry – agencies and their clients – to support young practitioners by ending unpaid internships. “We always pay anyone on a placement with us – even though we get approached by people offering to work for nothing.

“It’s just as important that clients take a stand here too, it’s about their supply chain after all.”

I think Sharon and SLBPR are something of a northern powerhouse!