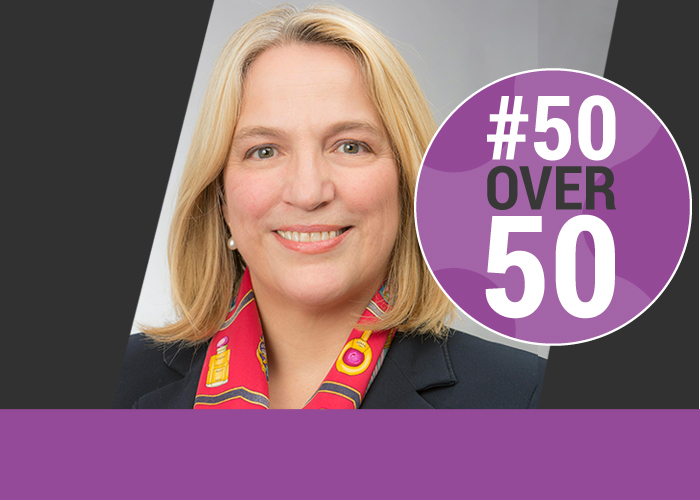 How a fashion design graduate from Scotland with retail experience came to be delivering regular NATO press briefings in post-conflict Bosnia and later worked at the heart of government in Abu Dhabi is a tribute to confidence, opportunism and natural ability.

‘I’ve  always been confident in myself,’ Sheena Thomson tells me. ‘If I wasn’t any good, I’d probably be working on a supermarket checkout. As a woman in a male-orientated culture, I think it’s important to have that confidence, but also to have cultural sensitivity. Emiratis are a minority in their own country. I was respectful of their culture and they were respectful of me because I’d worked in the military.’

That confidence led her to leave her retail position to apply to join the Royal Navy graduate scheme (one of only 18 females in an annual intake of 400).

‘My  motivation for joining the Royal Navy was that I realised there was more to me than doing retail. I wanted something challenging.’

At the time, the roles available in the Royal Navy for women were all on land, so she worked in general administration and personnel – and still draws on the training she gained from psychologists in personnel selection.

‘This ability to get information out of people comes in really useful. It became really, really useful when I was a media spokesperson, because I was being asked questions, and needed to understand what they were driving at.’

She spent five years in personnel roles, interviewing between eight and ten sailors a day, and also doing the graduate milkround.

Her last  job in the Royal Navy was in the press office at Faslane, home of Britain’s submarines and strategic nuclear deterrent. ‘Nobody wants to work in Faslane other than submariners. It’s one of the wettest places in the UK,’ she says.

‘So there I was in my early thirties with no training, and within days I was doing my first live interview on BBC Radio Scotland. In those days there was a permanent CND peace camp, and they would try to stop deployments – and create headlines – by sailing dinghies in front of the submarines. It was a very good introduction to press office and media relations.’

She then left the Royal Navy, becoming a Royal Navy Reservist  whilst re-starting her civilian career.

Yet with her military background and with her ‘hostile media experience’ gained at Faslane, within 18 months she was invited and strongly directed to consider a deployment to Bosnia where UK forces were a significant part of the NATO led peacekeeping Stabilisation Force (SFOR). They provided the safe and secure environment necessary to implement the Dayton Peace Accords following Europe’s deadliest conflict since the Second World War. Here, as a media briefings officer, she led three international press conferences a week and was one of two spokespersons to an American four star general.

‘There were so many issues to get my head around; war crimes, mass graves, de-mining, ongoing security issues. That was probably my most difficult job ever. It was hardcore, but I learnt loads about media relations, influencing, mitigation and crisis management. And personal resilience.’

One time  I was interviewed by Kirsty Wark live on Newsnight at midnight after a fourteen hour day.

‘In NATO you had media operations – which I did – you had information operations (ie listening and mapping rogue media outlets) and psychological operations (more commonly associated with marketing and advertising). The commonality was the messaging.’

The NATO led SFOR mission commanded widespread support in the West as major powers were co-signatories of the Dayton Peace Accords signed in 1995 . This ended the bloody civil conflict between the three Bosnian ethnicities following the break up of the former Yugoslavia. Over 40 different countries from all over the world contributed to the peacekeeping force.

Her next major move was into the Arab world, first in Cairo with an international management consultancy, and then in Abu Dhabi, where she was headhunted from her consulting job to work with the government on change management initiatives, doubling her salary overnight. She was responsible for communicating policy changes, reorganising government comms, and capacity building the staff.’

She describes this as her ‘dream job’ at the heart of the Abu Dhabi government.

By this time she’d been out of the UK for almost six years and had started to feel a little disconnected with the UK public relations profession and was aware that there were changes while she was working away.

Encouraged by Paul Noble, who she’d invited to develop training courses for the team in Abu Dhabi, she decided to take up CIPR membership and put herself forward as one of the first to gain Chartered Practitioner status, drawing on her change management experience for her chartership submission.

‘It’s easy to progress through your career and believe you know it all, but you don’t. You’re always learning.’

After her time in the Middle East, she spent a couple of years in Thailand, leaving just after the military coup in 2014, returning to Scotland briefly, before deciding it was too cold. Instead she settled on the south coast near Brighton after googling “what is the sunniest part of the UK?”. She’s been there for just over four years, and tells me that’s the longest she’s stayed in any one place her whole adult life, overtaking her time in Abu Dhabi.

Given her experience of conflict and her track record in media briefings, her latest move seems unsurprising. She runs her own consultancy offering crisis management expertise to clients and consultancies, working with some of the best known crisis management and crisis communications advisers through Conduit Associates.

Reflecting on her choices that have led to her current position as an expert in crisis communication, Thomson says ‘I tend to deal with the more difficult issues: I deal with stuff that people don’t like talking about.’