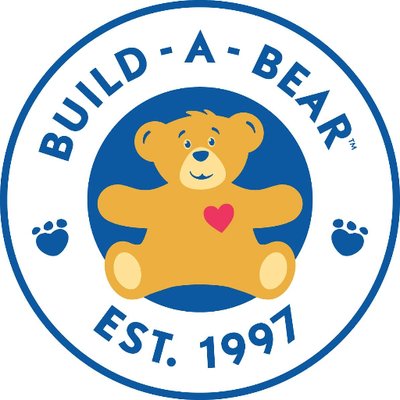 The importance of risk assessment (and a little common sense)

For sub-editors everywhere ‘teddy bear’ is normally followed by something like ‘picnic.’ So it comes as a bit of a surprise to see the words ‘teddy bear’ and ‘carnage’ in the same headline.

The unusual headlines were the result of the latest marketing fiasco which is now turning into something of a crisis for Build-A-Bear, the stuffed toy company that allows customers to customise their own teddy bear.

Build-A–Bear launched what it described as its first Pay Your Age Day event in stores across the UK as well as the US and Canada on Thursday, 12 July. The retailer told customers that they could pay their current age in pounds for the popular soft toys instead of the normal retail price. Given that a typical Build-A–Bear costs around £50 and the children that want them are usually under that age of 10 it is easy to see why this looked to be an attractive deal for many parents. And that is when the alarm bells should have rung for the company’s PR team.

Most of Build-A–Bear’s 400 stores are in the countries covered by the promotion so simple maths would have told them how many children could conceivably get to a store to claim their teddy bear bargain. Alternatively, they could have reached for their marketing textbooks (or Google, of course) and researched what happened as a result of the Hoover Free Flights offer, probably one of the most famous marketing fiascos of all time.

The Hoover campaign, back in 1992, offered consumers who purchased a £100 vacuum cleaner two free flights to Europe or the US. This was before the era of budget airlines so it was easy to work out that handing over £100 was going to net you considerably more value in return – two tickets to Europe alone at the time was likely to cost around £300. It’s been calculated that given the possible profit available to Hoover at even a 1% redemption rate (i.e. 1% of all UK households at the time responding to the offer which is conservative in marketing terms), that would have meant a cost to the company of £55m. Two tickets to the US would set you back £600.

In the end the offer and the resulting fall-out cost Hoover £48 million and its independence – it was later sold to white goods company, Candy. So, what do PRs faced with these type of promotional offers need to bear in mind?

First rule: never make an offer that is worth more than the product. Build-A–Bear broke that one easily. A typical Build-A-Bear customer is aged five, the typical value of the bear is £50 – the company was offering value ten times the price.

Second rule: never use the small print to manage demand. Hoover got caught by that one by seeking to limit the number of flights redeemed by offering difficult times and out of the way destinations. It doesn’t work. Plus, especially in an age of transparency, such tricksy behaviour risks irreparably damaging the brand. To be fair to Build-A–Bear they didn’t try that one but perhaps because the offer was cut short just hours after it begun which brings me to the third rule.

Third rule: safeguarding. A new word to many but which has come to the fore lately in response to the crisis at Oxfam and refers to the duty of organisations to ensure those they seek to serve do not come to any harm. Generating queues that ran for hours and which involved young children and their parents broke that rule for Build-A-Bear. Tempers began to fray, police were called, and clearly some customers (or Guests as Build-A-Bear prefers to call them) did suffer.

It is often the difficult job of PRs to risk assess or ‘paint it black.’ It can be an uncomfortable position to be in.

Either the Build-A-Bear PR advisors were not listened to, not there, or missed a very obvious crisis situation in the making. We will have to wait for the full crisis case study to find out but I don’t think that will be long in coming.