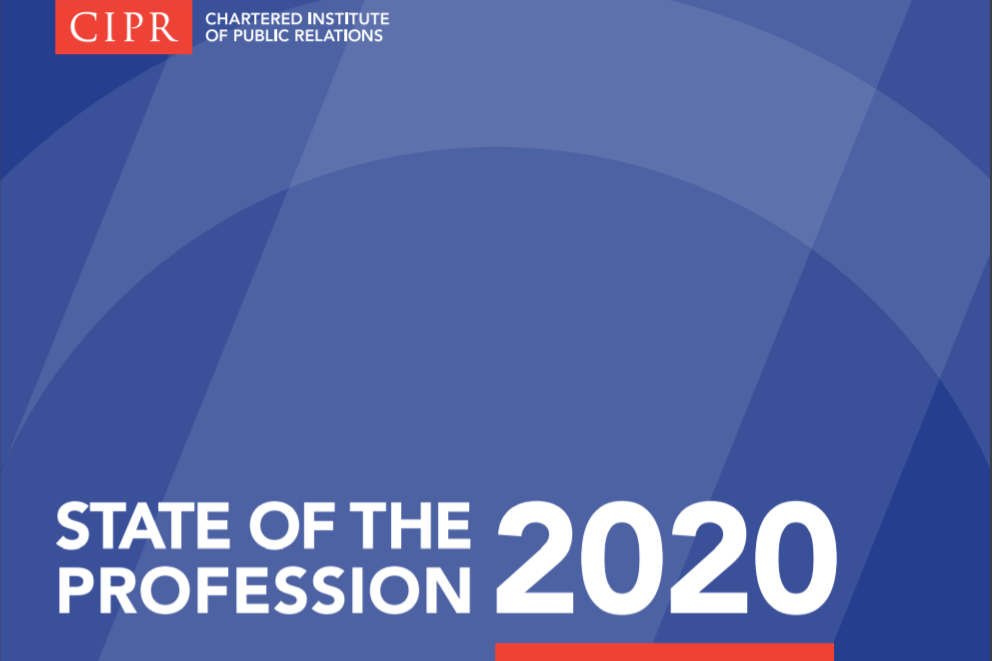 For ten years, the CIPR’s State of the Profession report has given us a snapshot of public relations in the UK.

The typical survey respondent is a white, well-educated female aged between 25 and 44, from a relatively advantaged background who is skilled at writing, works in-house and earns £49,125 – that’s less than her male equivalent, though the gender pay gap has been shrinking.

The State of the Profession 2020 report notes ‘a shift away from tactical delivery of work towards strategic influence. Copywriting and editing, for the fourth year running, remains the most commonly undertaken activity among both senior and junior practitioners. Media relations has fallen to fourth place after consistently scoring within the top three for the previous three years, and is replaced by strategic planning which has moved up two places.’

This year’s report, published today, explores questions of diversity and inclusion. As the introduction to the report says, ‘Public relations is still failing to show substantial progress on addressing the lack of ethnic diversity within the profession with little movement shown following last year’s results. More than nine in ten (91%) classify themselves as white – compared to 92% in 2019.’

Almost 1,300 people were surveyed in late 2019 and early 2020, with respondents highly likely to be drawn from among active CIPR members.

Half of respondents said they are taking part in the CIPR’s continuing professional development (CPD) programme, almost half (46%) have a professional qualification in public relations and 16% have achieved Chartered Practitioner status.

This suggests the CIPR has been very successful in its promotion of qualifications and professional development – but respondents are likely to be engaged CIPR members.

We don’t know the total number of people working in UK public relations, but I’ve seen estimates as high as 90,000 before the inevitable job losses this year. A figure between 60,000 and 90,000 is still much higher than the membership numbers of the CIPR, which hover around the 10,000 mark. So the near 1,300 self-selecting respondents to this survey are a subset of a subset, and likely to include the most active and engaged members.

The research, remember, was conducted before the coronavirus lockdown and before the killing of George Floyd led to a renewed focus on racial equality.

CIPR Research State of the Profession