This is an article by Katie Brown.

The emergence of social media has enabled organisations to communicate with stakeholders in a variety of new ways.

The open source structure allows messages to be challenged, edited and refined through online discussions and conversations which can then be carried from online to offline creating an opportunity for message dissemination and also stakeholder engagement.Not-for-profit organisations will tend to engage their stakeholders on an issue rather than seeking the transactional relationships associated with the private sector.

Budget constraints also mean the not-for-profit sector should seek to use social media in a more creative and innovative way.Stakeholder engagement is critical for not for profits in order to secure funding through donations, volunteering and other resource initiatives in order to survive in the competitive marketplace.

Oxfam is a charity committed to fighting global poverty by campaigning for change; by its development work and through response to emergencies.

Relationship management is important in helping Oxfam achieve its objectives.A relationship can be defined as ‘the state which exists between an organisation and its key publics in which the actions of either entity impact the economic, social, political and/or cultural well-being of the other entity’ (Ledingham & Bruning 1998, p. 62).

The interactive nature of social media helps with relationship building. Daft & Lengel’s (1984) media richness theory describes how the media varies in ability to carry information based on the criteria of feedback capability, number of cues used, language variety and personal focus of source.

In essence media richness theory is the ‘potential of a particular medium to convey rich information’ (Kelleher, 2007, p. 61).Oxfam has a social media presence on Facebook, Twitter, YouTube, Myspace, Bebo, Flickr and Wikipedia using a variety of formats such as video, audio, text, links and numerous online feedback options.

Media richness theory suggests that richer media, such as social media, is better for complex communication, such as relationship management, where the potential for conflicting interpretations is present. This analysis suggests that the richness of social media is suited to the public relations practice of relationship management with the end goal of enhancing stakeholder engagement.

One downside to this argument is the realisation that both parties, Oxfam and its stakeholders, must have access to this technology in order to communicate.

Hallahan (2003) suggested five ‘antecedent’ factors to consider before establishing an online relationship: prior knowledge; attitudes; other communications activities; personalities; goals.It is important for Oxfam to understand the attitudes and personalities of its stakeholders in order to provide them with the sufficient information content that will not only actively engage them but also give them a substantial reason to enter into a relationship.

Oxfam offers a variety of information on its website incorporating different aspects of potential engagement such as the opportunity to get involved with campaigns and the option to buy secondhand goods online. The variety of information offered helps stakeholders to find an area they identify with which is also compatible with their attitudes and values and in turn will increase the likelihood of establishing a relationship through engagement.

Oxfam uses a range of social networking sites to build and maintain relationships with stakeholders. The Oxfam website and the Facebook page both have detailed content about the organisation’s operations, campaigns and ways to get involved through volunteering or donations which is consistent with the culture of those platforms and the expectations of their users.

The culture of Facebook demands that the information is constantly changing and updated with something new to review during each visit. Organisations that wish to have a presence on Facebook but then leave the profile dormant and do not update its content can bring the credibility of the organisation into question. This can have a detrimental effect on relationship maintenance as users will not return to the profile reducing the quality of that relationship due to infrequent exchanges.

When Oxfam uses Twitter, which in nature is meant for concise information, the lengthy content on the organisation’s operations is absent and replaced by up to date news, forthcoming events and short updates on campaign progress, consistent with the culture and norms created by Twitter’s users.

Having a presence in social media enhances the social capital of an organisation. Social capital refers to the concept of building and maintaining relationships in order to achieve desirable goals and objectives(Kennan & Hazleton 2006). The focus is on the relational connections an organisation or individual makes within a network. Capital refers to the amount of relational connections an actor has achieved and consequently stored in their account to retrieve when desired.

This concept is based on the ideas of obligation and expectation whereby one social actor in the relational connection should oblige the other who is expectant. For example if a relational connection is made with one of Oxfam’s stakeholders who enters into a relationship with the organisation by making a donation, Oxfam is then obliged to send the donor information on current campaigns that will benefit from the donation and the donor expects to receive this information.

Social capital can create a competitive advantage for an organisation as it can be transformed into other forms of capital and it can draw on resources from its relationships with others.

The introduction of social media has changed the structure of social capital by allowing for a greater number of relational exchanges to take place between social actors. As the Internet is now accessible by millions of people all over the globe an organisation can generate relational connections with very large numbers of people.

When I checked, Oxfam had 7,408 followers on Twitter, 17,917 fans on Facebook, 1,181 subscribers on YouTube, 4,884 friends on Myspace, 46 members on Bebo and 272 members on Flickr creating an extensive opportunity for the organisation to make relational connections with its stakeholders in order to develop its social capital. The Internet is also accessible around the clock therefore relational connections can occur continuously free from the limitations of time.

Lin (2001) suggested that the introduction of social media has enhanced the ability to generate social capital as new technology has given rise to the opportunity for increased, continual connection with others. However this argument assumes that everyone an organisation desires to have relational connections with has access to social media which is obviously not the case.

Also users of social media tend to be in the younger age group and older audiences are less familiar with these new technologies creating a social capital divide based on age. This has implications for Oxfam using social media as people from an older generation who do not access social networking sites are still a desirable group to target as they may be more sympathetic to the suffering of others as well as having a higher disposable income to donate to the organisation.Social media has created a huge variety of new communication tools to make relational connections with others easily. The speed and interactivity inherent in social media can be seen to enhance and maintain social capital.

From this analysis of relevant theories and literature surrounding relationship management it is clear that social media provides not-for-profit organisations with extensive opportunities to engage their stakeholders and the ability to successfully manage these relationships.

Oxfam has an established website as a first point of contact for stakeholders and a presence on various different social networking sites which suggests a highly strategic and integrated approach to stakeholder management.

Behind the spin Charilty Social media 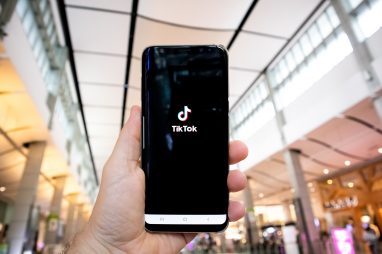 Social media has proven its worth in the COVID-19 crisis.

University communities are set to become increasingly fragmented in the wake of the coronavirus pandemic. Social media will be key for PR professionals to build a lasting sense of togetherness argues Isobel Edwards. 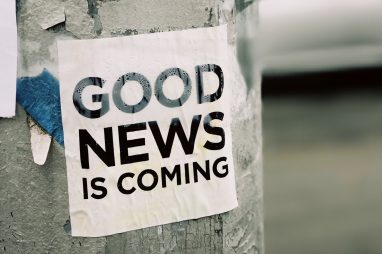 Richard Bailey explains why it's unhelpful and no longer current to view public relations and journalism as opposed practices. 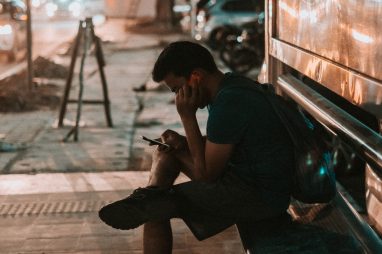 The fashioning of mental health

Richard McElwee discusses the mixed messages on mental health from brands and celebrities.