I can still remember my first client meeting as a fresh-faced public relations consultant.

I’d been quietly observing the discussion with a global technology firm. Towards the end, the UK boss turned to me to ask what I understood by the word ‘interoperability.’

I’d recently been working as a technology journalist, and was used to power plays by bosses-with-ego. I gave a satisfactory answer and the discussion moved on to more important matters.

It’s a trivial story. A discussion of interoperability wasn’t important. He might as well have asked me to define ‘abracadabra’.

Though new (and still fresh-faced), I wasn’t that young when I started in public relations. I was in my late twenties having already gained two degrees, and having worked as a teacher, a publisher and a journalist.

How would that conversation have gone if I’d been a 21-year-old graduate, with no experience of business or of the power dynamics in meetings? I could easily have been left exposed and taken off the account.

As it was, that same client later on attempted to recruit me to work for them in-house. 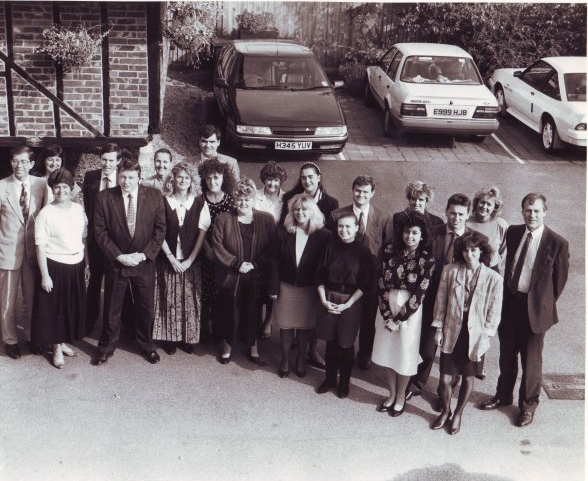 I use this anecdote to raise the question of age. Ours is an industry that seems obsessed with youth – and there’s certainly a place for innocence and exuberance in work that can be emotionally demanding and that often calls for long days.

But there’s also a place for experienced heads who can see that there’s more to public relations than publicity and that there are risks in communicating as there are in not communicating. While we’re expected to be go-getters and doers, we’re also required to be advisers.

Discussions around diversity are usually dominated by questions of ethnicity; or if not, by questions of gender (and the gender pay gap). But what about age? What is the right age to start; when should you be at your peak; and what are the options in your later years?

These figures seem to be consistent with Office for National Statistics demographic data suggesting that the median age in the UK is now over 40.

Yet the CIPR figures may be misleading. It’s a voluntary survey completed mainly by CIPR members. This suggests a bias towards more experienced practitioners (since it takes time to gain the experience, qualifications or commitment to become a member).

I know from experience how readily PR graduates find roles in the business, so the base of the pyramid is young in our industry (early twenties). It may be getting even younger as school-leaving apprentices are pioneering an alternative way in.

To combine the available statistics with my own experience, let’s try to portray the typical comms practitioner in the UK. She’s in her thirties or early forties, working in-house – very possibly in the public sector, and more likely to be focused on internal than external communication.

Does this surprise you? It would surprise most public relations students, who are much more aware of the work of consultancies than of in-house teams, and who instinctively find private sector ‘brands’ more appealing than the worthy work of public of third sector organisations. Internal communication is necessarily less visible to outsiders than the external campaigns put forward for industry awards.

86% of respondents to the CIPR State of the Profession survey were graduates. It’s not that a degree is essential for working in public relations, it’s that graduates will tend to demonstrate the curiosity and problem-solving skills required by employers.

Diversity demands an inclusive rather than an exclusive approach to recruitment. So if you’re from a non-traditional background, don’t rule yourself out. But you will need to explain how your different life experience could be valuable to an employer.

Here are some questions you should be prepared to answer (with evidence):

When I started in that consultancy role several decades ago, there was an apparent lack of diversity. The fee earners were 90% male (consumer technology was some way in the future). None had PR degrees (these only arrived in the 1990s). But my colleagues did have some other experience to call on. As well as several former journalists, there was a lawyer, a management consultant and an army officer among us.

One young colleague, a recent graduate, seemed to me to lack this other experience. But he was building his political CV on the quiet and went on to be an MP, a government minister and the author of two well-received books about politics. Just as there’s a life before public relations, many of us will also find careers afterwards.

Looking back, there was a diversity of experience in the apparent uniformity of that team. Innocence may have a charm, but don’t overlook the value of experience.