It’s not too late to engage with influencer marketing 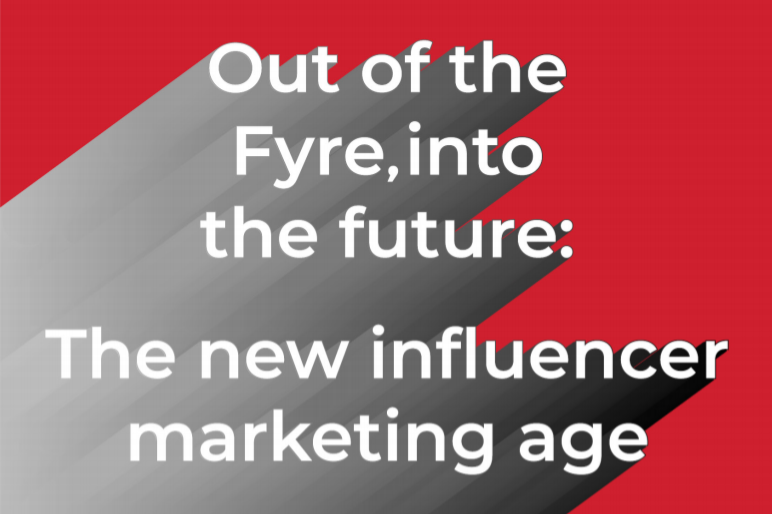 Let’s face it. If you don’t know what influencer marketing is by now it’s probably time to consider a career change.

The rise of self-styled social media celebrities has been monumental over the past decade, not to mention loud and unruly. Many have come, seen, done their job— i.e. grabbed attention— and then left brand partners in a pickle as scandals ensued.

The problem is, even public relations professionals can know all this and still not really get influencer marketing. This rings even truer outside of agency life. The number of C-suiters that ask me about options for influencer marketing without first understanding what the practice entails, what its pros and cons are, is astounding.

Of course, most can comprehend the literal meaning.

Influencer marketing involves people with significant (although not necessarily huge) reach on social media channels working on behalf of companies to market products and services through their posts.

But the confusion as to how this really works is the reason we at Smoking Gun saw fit to develop a free-to-download guide on the discipline.

‘Out of the Fyre, into the future: The new influencer marketing age’, looks to the perils, pitfalls, potential payoff and future of this type of marketing, and couldn’t have come along at a better time.

Last year in the UK, both the Advertising Standards Agency (ASA) and Competition and Markets Authority (CMA) took significant steps to start cleaning up this murky world.

It’s debatable whether either have done enough, but the fact these organisations can now make rulings against both influencers and the businesses they are in bed with does make a difference. On the one hand, nobody wants the reputation fallout from an ASA decision that regulations have been broken and paid-for posts were not clearly marked #ad. Looking at it from the other side, the CMA can now take legal action, resulting in fines or even prosecutions, if a campaign poses a consumer protection problem. Clearly nobody wants that.

To understand how we got into this situation we should probably rewind the clock. And when we do it becomes apparent that influencer marketing is a relatively new term, but far from a new concept.

For well over 100 years celebrities have been used by brands as a means to garner attention from the public. It’s just that in 2019 how we define celebrity has changed. As have the ways in which public recognition can be gained.

The result is a veritable Wild West of possibilities, but that untamed frontier also comes with danger. When a new concept is born its formative years are about trial and error, seeing what works and writing off what doesn’t. In some situations that has been shorthand for seeing what you can get away with, then apologising when you don’t. Take Elle Darby, for example, the vlogger who faced public and professional vitriol for trying to get five nights in a 5* hotel for free.

Fyre Festival took the art of influencer blagging to a whole new level. Tickets sold to a luxury week-long party on the say-so of models and other beautiful faces, only the party was an impossible dream that could never be pulled off. Cue thousands of outraged revellers stuck on a Caribbean island with little more than emergency tents to call home.

Both cases exposed the issue of transparency and authenticity within influencer marketing. Darby made it abundantly clear that many lifestyle items she features in her content— and by assumption the content of many other influencers— may well have been gifted. When gifts are given there’s a strong likelihood the recipient feels obliged to respond with a positive review. Fyre showed once and for all that some influencers will promote things even if what they are promoting doesn’t exist.

Nevertheless, 2019 is expected to see the biggest annual spend on this approach to promotion since the phrase was first coined. That’s because for all the drawbacks, influencer marketing can be an incredibly effective route to take. It’s just a case of finding the right influencers for the right brands, and— crucially — having a clear idea as to how the campaign will work as part of a larger PR and marketing mix.

This is where agencies can play a role. My team haven’t given up on old ways of measuring the value of coverage so much as my company is built on the rejection of misleading analysis. Instead, we look at hard data evidence, and any dark figures this presents us with, in order to deliver concise, easy-to-understand results. The same idea applies to influencer marketing, and it should begin when you start looking at potential influencers to partner with.

Campaign authenticity is only worth the money brands are paying influencers if those influencers are also authentic. With so many false flags in terms of follower numbers and engagement brands are rightly worried about getting involved with influencers who talk the talk but then fail to walk the walk. They might have five million followers, but unless those followers are taking action based on what the influencer says there might as well be zero followers.

By studying a comprehensive set of metrics it becomes easier to figure out who is really entitled to call themselves an influencer. This also opens up opportunities to find people who are highly influential in their field, but don’t boast a huge follower count. These so-called micro influencers are fast becoming hot property, with 46% of brands now stating they prefer to work with this type above macros (10,000 – 1million followers) and megas (1million and above).

Conducting a behavioural audit is also essential to avoid associations with the wrong type of live wire. Just look at Disney’s relationship with PewDiePie, brought into extreme disrepute due to accusations of his links to hate groups.

All this tells us that the power of a successful influencer marketing partnership lies in the agreement being mutually beneficial. Each party should add value to the other, and complement what they are already doing in the public’s all-seeing eyes.

For an influencer that means collaborating with relevant brands that fit their audience. For brands, this means understanding how the influencer works and why that makes them a good match for their business. Not just making sure the influencer’s audience matches market demographic.

As the title of this article suggests, it’s not too late to engage with influencer marketing. More and more firms are experimenting. But you need to understand that the test is now done, and the discipline is out of Beta. Get the necessary steps wrong, then, and reactions will be unforgiving. Hit the nail on the head by successfully implementing this within a wider marketing strategy and you could be sitting proud atop a pile of impressive campaign reports, having significantly boosted brand awareness, site traffic, social reach and sales.