How Anthropology Can Explain Business and Life 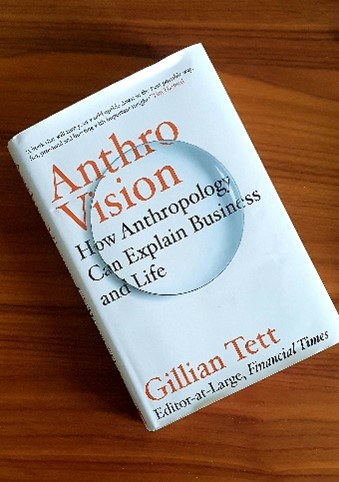 Many years ago, when I did my psychology degree at the Open University I was intrigued by anthropology and participant observation as a research method. It always struck me as a great way to really understand what was going on. So, when this book came out, I had to read it.

As an observer of the way that the PR and communication management community has responded to AI (which is generally to see it as a major threat), I was also struck by the notion of another ‘AI’ proposed by the author: Anthropology Intelligence.

This is not a book about PR of course. Indeed, in some sections it takes a swipe at PR. So why am I reviewing it here? One practical reason is that anthropology can be used much more in formative campaign research and measurement.

If you want communication to have an impact, it helps to put the messages to a local culture/context test.

From an academic perspective, anthropology is rarely seen in scholarly PR research. This is probably because it is difficult to do as it requires substantial, no holds barred, access to an organisation. Finally, it provides a counter-perspective to the other AI, artificial intelligence, in PR. Or as Tett puts it,

Big data can explain what is happening. But it cannot usually explain why. Sometimes there is no substitute for meeting people face to face, listening with an open mind, studying context, and, above all noting what people do not say, as much as what they talk about. Gillian Tett

The book is structured in three sections; making the strange familiar, making the familiar strange and listening to social science. It’s packed with numerous and wide-ranging examples, such as Trump calling Haiti and African countries ‘shitholes’, men sprouting beards during the COVID-19 lockdown, Coca-Cola selling tea in China, Nestlé selling Kit Kat in Japan, Mars selling pet food, why meetings at General Motors misfired, and why branding for a childcare company in America didn’t work.

When it comes to making the strange familiar, Tett discusses the way that Intel used anthropological insights to avoid costly mistakes and develop opportunities. This is, she argues, because an Achilles Heel of the tech world is the way that engineers and executives tend to assume that everyone thinks (or should think) like them. There is an extensive review of the messaging used to try to contain the outbreak of Ebola in Sierra Leone, Liberia and Guinea. What appeared to be ‘barbaric and stupid’ behaviours relating to kissing dead bodies needed to be understood in terms of cultural norms, which were well understood by anthropologists who had worked in the region. Using insights from anthropologists, the containment advice was successfully adapted to meet the local context.

Tett likens an anthropologist’s approach to that of a journalist which incorporates ‘compulsive curiosity’. She explores the way that the financial crisis can be viewed as central bankers ‘casting verbal spells’ and the importance of narrative in culture. However, an anthropological lens can reveal uncomfortable truths and elites rarely have any incentive to hear them. The key point, argues Tett, is ‘wherever you sit, in whatever blend of familiar and strange, it always pays to stop and ask yourself a simple question: if I was to arrive in this culture as a total stranger…what might I see?’ Intriguingly, this section of the book explores crosscultural miscommunication, with a key finding that the worst misunderstandings sometimes happen between different teams within the same supposedly ethnic group – particularly if they had different professional training. This can be because nobody questions the assumptions they use.

The final section of the book tackles issues more familiar to public relations and communication managers: the impact of social media, the Trump election, Brexit, the Cambridge Analytica scandal and working from home. It ends with a thought-provoking example of how BP chief executive, Bernard Looney, made a point of meeting a particularly vocal protester several times where the protester ‘said things that I had not thought about before. I learned a lot’. After the meetings he reflected that the protester had ‘definitely changed some of my views’. Tett analyses this as an example of adopting anthropologic perspective with Looney ‘trying to think himself into the mind of the strange ‘other’ to get another point of view’. From a PR perspective it simply highlights the value of listening to stakeholders within strategic planning.

This is a book that is of interest to anyone working in PR and communication management who values taking a broader perspective, adopting ‘Anthropology Intelligence’, to better understand stakeholders.

The book is available from Penguin here