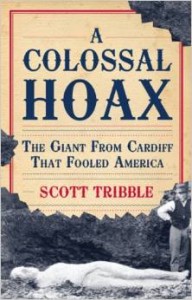 This post follows on from The Great American Showman, Part 1.

Phineas Barnum saw nothing wrong in using hype or hoaxes in his promotional material, as long as when the public turned up to see his shows they were entertained and felt that they were getting value for money. In fact he even went into print to take the moral high ground against unscrupulous practitioners in every field who he felt were making money off vulnerable people through fraudulent deception.

In 1866 he published a book wonderfully entitled The Humbugs of the World in which he stated as his purpose:

“If we could have a full exposure of ‘the tricks of trade’ of all sorts, of humbugs and deceivers of past times, religious, political, financial, scientific, quackish and so forth, we might perhaps look for a somewhat wiser generation to follow us. I shall be well satisfied if I can do something towards so good a purpose” (Barnum, 1886)

It may seem very strange to the modern reader that a man who had exploited people with physical disabilities and cultural differences (including children suffering from dwarfism and blind African American slaves) in his self-proclaimed freak shows could claim any kind of moral high ground. But Barnum did have one claim to moral advantage.

As an elected politician in his home state of Connecticut he spoke out strongly against slavery and in favour of giving the vote to African Americans. Barnum’s opposition to slavery led to his resignation from the Democratic Party and to his joining the newly-formed Republican Party.

He was subsequently elected to the Connecticut legislature as a Republican representative and is on record as speaking out in the legislature in favour of the Thirteenth Amendment to the United States Constitution of 1865, which abolished slavery.

Leading PR academic James Grunig argues that Phineas Barnum, along with other press agents of the nineteenth century, created and published stories that were of great interest to the public but were at the same time largely fabrications with little real news value.

Barnum himself would probably not disagree with nor be disappointed by this assessment. The objective of these early public relations stunts was of course to promote the interests of the business for which the press agent was working at the time. Under this early model the truth of the matter in hand was not the primary concern of the press agent. Their sole concern was generating publicity, in Barnum’s case to promote his shows and tours (Grunig, 1992).

But is Barnum’s case not fatally undermined by his famous operating maxim, “There’s a sucker born every minute”? Well, it seems that, just like Lincoln a few years before him, Barnum may also have had a famous quotation wrongly attributed to him. The story of how this came about is a fascinating one, and is linked to another notorious hoax of the same period, known to history as the case of the Cardiff Giant.

The case of the Cardiff Giant

Colossal Hoax The Cardiff Giant was a very well planned hoax, conceived not by Barnum but by a man called George Hull, who was a student of archaeology and palaeontology.

The reason for the hoax was probably financial gain, but the idea may well have been inspired by a trend amongst Christian evangelists of the day to preach about a tribe of giants called the Nephilim who were referred to in the chapter of Genesis in the Bible.

George Hull went to remarkable lengths to execute his hoax. He purchased a twelve-foot block of gypsum and then hired a stone cutter to carve the figure of a giant who appeared to have died in great pain.

The final carving was treated with acid and ink to make it look aged. When the figure was finished Hull buried the giant on the farm of his cousin, William Newell, who lived near to the town of Cardiff, New York and then settled down for a year before the next stage of the plan was to be put into action.

At this point George Hull got very lucky indeed. Six months after the giant had been buried a number of fossils millions of years old were discovered at another farm close to Cardiff.

The story made national newspapers and Hull began to get very excited. A full year after the giant had been buried, in October 1968, Hull sent word to his cousin to activate the plan.

This involved hiring two men to dig a well on the farm, in the exact spot where the giant was buried. The men started digging and sure enough, a couple of hours later, there was great excitement when they came across the body of a giant man, at least ten feet tall, buried in the ground which had apparently turned to stone.

News of the discovery soon spread and neighbours began streaming to the Newell farm to see the amazing sight. Newell put a tent around the grave and started charging 25 cents to see the giant. Then the Syracuse Journal wrote a story about the find, the number of visitors rocketed and the admission price went up to 50 cents.

Once the national newspapers began running the story, and started calling the find the Cardiff Giant, George Hull decided to cash in his interest and sell up. He quickly found a syndicate of willing buyers, who paid him $30,000 for the Giant.

The Cardiff Giant was soon the most talked about exhibit in America and drew the attention of Phineas Barnum.

Barnum made an offer to the head of the syndicate, a banker named David Hannum, to purchase the exhibit for $50,000, but he was turned down. In a master-stroke of audacity, Barnum then decided that if he could not buy the original Cardiff Giant he would make his own version and used his old trick of feeding the newspapers a story that Hannum had in fact sold the original to him. The statue that Barnum had was the ‘real’ Giant and the statue that Hannum now had was a fake.

An outraged Hannum, who still believed that his Giant was authentic, then himself made the famous claim that “There’s a sucker born every minute”, referring to the fools who had fallen for Barnum’s hoax.

Hannum also brought a legal action against Barnum for calling his Giant a fake. When the case came to trial, George Hull decided that he could no longer remain silent and came forward to confess what he had done. The trial judge immediately threw out the case, arguing with a certain amount of logic that Barnum could not be sued for calling a fake Giant a fake (Historybuff.com).

At his death Barnum could justifiably claim to one be of the most celebrated living Americans, a pioneer in the creation of mass amusements who laid claim to delivering his fellow countrymen from the grip of Puritanism.

In doing so he had a cultural impact that is still felt today, over a century after his death. In choosing Barnum as one of the top one hundred most important people of the millennium, LIFE magazine dubbed Barnum “the patron saint of promoters”. The press agentry, or publicity, model of public relations did not die out with Phineas Barnum. The profession may have evolved since, but Barnum set the precedent for countless other publicists to follow in his giant footsteps.