This week in PR (4 January) 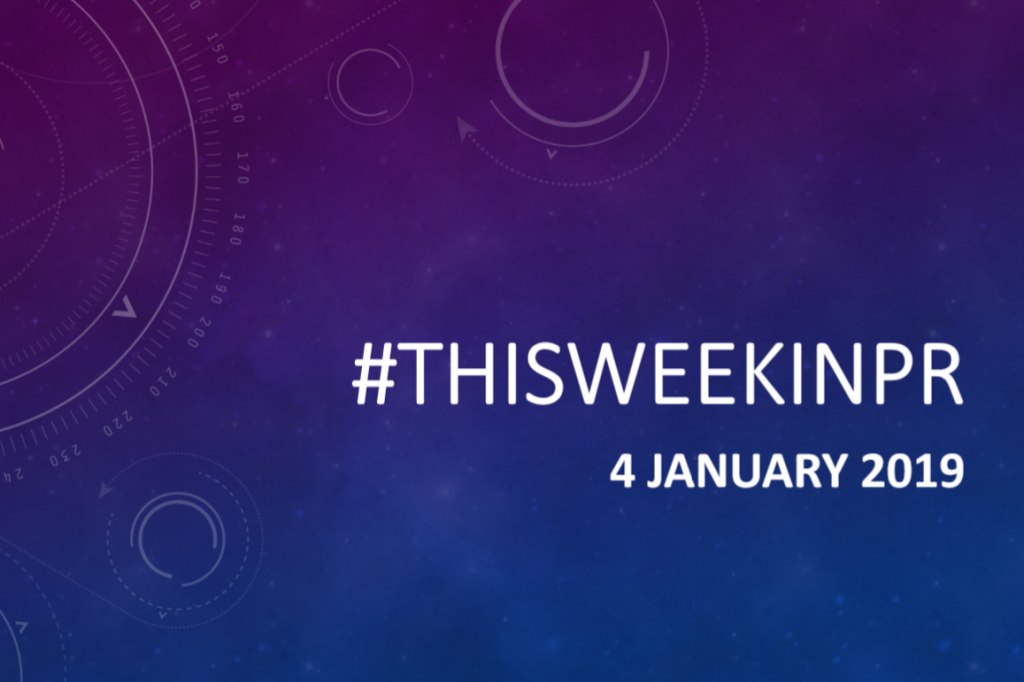 #ICYMI: Today we announced 18 new #bmeprmentors2019 for the #BME Mentoring Scheme supported by @prweekuknews – it was a MOMENT ??

Insights and opinions: Pick of the posts

These are the editor’s pick of posts about public relations this week (UK focused, but with a global outlook). Recommendations are welcome to editor@prplace.com or @pr_place

Just realised, I’ve been in PR for 11 yrs today! Here I am, fresh-faced (ish), at 20, and now, 2 agencies, a good few sideline projects – some worked, like @PRexamples, some didn’t! – a book, a name change/other silliness ?, a team to be proud of and some grey in my beard later! pic.twitter.com/vbcHqOdQIA

Really proud to have received news today that I have passed my post-grad certificate in public affairs through the @pracademy A big plus has been my very supportive employer @BrainTumourOrg Please take a look at these courses if you are interested #CIPRQualified pic.twitter.com/gbtyp5YT3O

Worth a listen! #R4MediaShow on public relations — its definition, sharp end, how it influences news agenda and future of the industry https://t.co/tLB3YjyWjW

We had an amazing year in 2018, from meeting new students, to saying goodbye to our graduates? We put on some fab PR events which got loads of staff and students involved, we can’t wait to show you what we have coming up for 2019!?? #PR #newyear