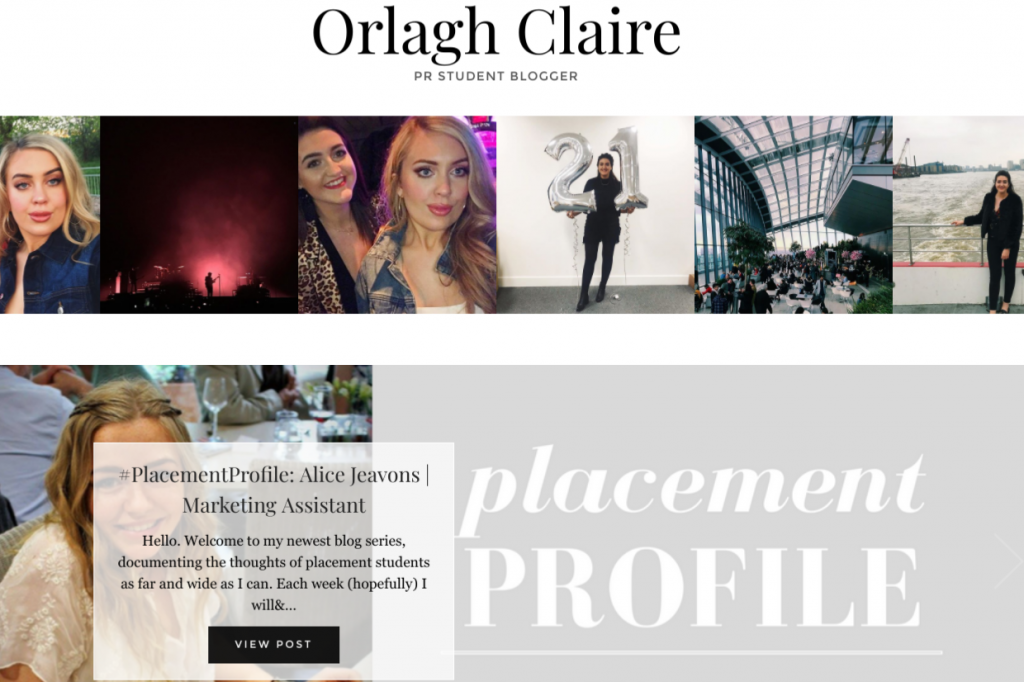 After 187 posts from 85 students at 14 universities, there are only two winners to announce: best individual blogger and top university.

Two individuals and two universities stand out this year. This suggests the contest has not been as healthy as in previous years. Here are some possible reasons for this.

But there were high points this year, so let’s turn to them.

Our two shortlisted individuals are both from Liverpool John Moores University.

Orlagh Shanks was shortlisted last year. She matched Marcel Klebba post for post through the last academic year and was strongly commended at the end of the year. This year she’s widened her horizons through working as a placement year student for Coty in London. Many will love her accounts of launch events and rubbing shoulders with celebrities. I simply love the way she writes, and she appeared 20 times during this academic year.

Her classmate Jessica Pardoe has emerged strongly during the year, appearing 16 times (13 of these since the start of this calendar year). She’s very strong on ideas and is quick to turn news into commentary. Her blog is also personal and engaging – and she talks of universal experiences that many students will share. From a slow start (as she describes it), she’s ended her university experience strongly and will have impressed many and made many connections as a result.

Then to the universities. Our two shortlisted individuals were from Liverpool John Moores University. But they were both exceptions, so it’s the individuals who deserve commendation, rather than the institution.

The one institution that stands out this year is Ulster University. During the academic year, we included 89 posts from a remarkable 56 students in our weekly selection. This has been all about the collective effort, with students sharing posts on a group blog managed by Conor McGrath. (There was sufficient variety in the topics, and sufficient variability in the quality and accuracy of the writing that I’ve no suspicions that these posts might have been heavily edited by Conor).

We’ll be back for more next academic year, and I’ll be encouraging lecturers and course leaders to encourage more of their students to develop a network and build their profile through blogging and social media.