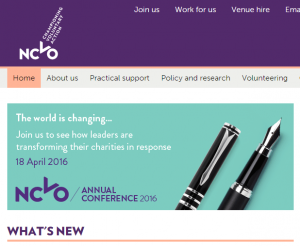 This is an article by Carol Rennard

In the wake of the demise of Kids’ Company and accusations of aggressive fundraising techniques by other charities, Third Sector organisations are under unprecedented scrutiny from both the media and the general public.

I attended a charity trustees’ conference where Sir Stuart Etherington, chief executive of the National Council for Voluntary Organisations (NCVO), told delegates that governance and accountability have never been more critical.

Charity chief executives and boards of trustees must be prepared to face questions about how they make and spend their money, as well as how they are governed.

As a trustee of two charities, and a communications consultant to many more, I am seeing a rise in issues relating to reputational risk and communicating in a crisis.

Over the last year I have advised on media scrutiny of two Third Sector organisations, one of which involved a service user talking to national media. I have worked with charities who want to manage communications around service closure or funding cuts, and have advised others on dealing with comments left on social media by stakeholders.

One of my mantras is that effective communications and PR is about “being in at the take-off and not just at the crash landing”.

However, many smaller organisations do not have the in house resources to plan for a crisis, or to anticipate issues that might have an impact on their reputations. Most have pared down their staff and are struggling to deliver services on slashed budgets. Little wonder that few have a designated communications or PR person.

Crisis communications can cover a plethora of issues, ranging from a major external incident, such as a fire or an accident, to a smaller risk such a negative post on Facebook or an inappropriate tweet by a trustee or volunteer.

No one can, or should, blame an organisation for an external incident, which they can’t control. An example might include a bus crash in which service users, or volunteers, are injured.

However a charity should have a clear, written plan for dealing with communication if such a crisis arises. That plan should be reviewed regularly and updated, for example to include the monitoring and use of social media.

Potentially more damaging is a crisis which could have been prevented, or which starts small and escalates because procedures have not been adhered to, or because communication with critical audiences has been non-existent or inappropriate.

Reputational issues that can escalate into a crisis might include the closure of services, where effective consultation and communication with stakeholders from the onset is critical to minimising the risk.

Impact of digital media on reputations

The rise of online 24 hours news and social media platforms such as Twitter, YouTube, Instagram and Facebook, have had a dramatic effect on reputations. Digital channels enable service users and other stakeholders to express anger and concern in an unprecedented way.

A crisis or a reputational management issue for a charity can spread like wildfire online within hours as disgruntled clients or volunteers express their anger online. Social media feeds traditional offline media too as many national and local journalists are active on digital platforms, particularly Twitter.

Planning and anticipation is critical, particularly if a charity knows that it is likely to be under public scrutiny.

I have worked with organisations that have had to make tough decisions, from closing down services to cutting jobs. A planned approach to communications, including ongoing consultation with key audiences, agreeing key messages and communication channels, a social media strategy, drafting media statements and preparing media spokespeople for interviews, can lessen the pain of tough decisions.

I advise charities to keep stakeholders informed about the positive impact of their work and how funds are being spent.

Case studies, online fact sheets, email newsletters and testimonials are all evidence that the organisation is performing well and is being transparent about its activities. Social media can be invaluable for engaging directly with key audiences.

One organisation I support on a pro bono basis has no paid staff, but manages to run an effective Facebook presence with more than 6,000 supporters. Others use Twitter effectively to keep critical stakeholders, including funders, updated and engaged with their activities.

Effective communication is not a luxury that charities can do without. Forward thinking charity chief executives recognise that if they have a communications strategy in place, including plans for dealing with a crisis, they are less likely to be caught on the back foot if the worst does happen.

Bringing in a PR expert to advise and support the organisation can help to identify potential risks and limit the fallout – and in the long run can save money.