Why hard things are easy, and easy things hard 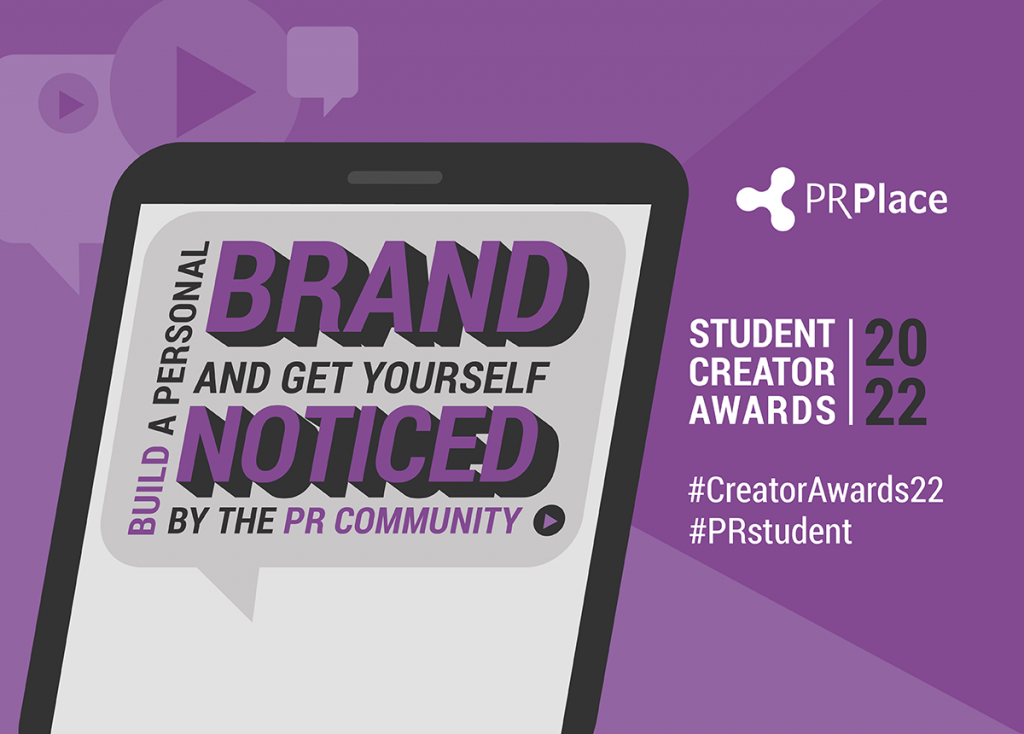 Artificial intelligence and robotics researchers call it the Moravec paradox. Hans Moravec had noted in 1988 “it is comparatively easy to make computers exhibit adult level performance on intelligence tests or playing checkers, and difficult or impossible to give them the skills of a one-year-old when it comes to perception and mobility.” In other words, you can program the hard tasks easily, but will struggle to teach computers to do the instinctive human things.

I’ve noticed something similar with students and their use of social media. Being on social media is natural for students; but using social media to develop conversations and build professional connections through publishing consistent content is a rarified skill exhibited by the few rather than the many.

Last night we announced the winners of our #PRstudent #CreatorAwards22 contest that has run all academic year, and once again the quality has been strong.

We were joined by CIPR President Rachel Roberts who talked about the multitasking required in public relations, and of the importance of lifelong learning.

One of the best bits about representing @CIPR_Global as President is being able to speak to and hear from the next generation of #PR talent. Thank you @PR_Place @pracademy for your invitation to join tonight’s #CreatorAwards pic.twitter.com/LPfN0S2iIW

For the first time, we’ve announced joint winners as our two frontrunners adopted very different approaches to their social media presence, but both achieved impressive results.

Bethany Gough, who graduates from Solent University this year, published quality posts each week to her own blog while Jasmine Denike built up a large following for her daily account of her life in London during her MA year at London College of Communication documented on TikTok.

It’s also the first time we’ve had a postgraduate announced as a winner of our contest that’s now run for nine years (previously as #bestPRblogs).

Elena Niculescu, also from Solent, was highly commended for her blog posts often focused on politics and public policy issues.

This makes Solent the only university to have won this contest three times, putting it ahead of two-time winners Liverpool John Moores and Sunderland. It’s a bittersweet victory though, as the public relations degree courses are not running at Solent beyond this year, so this may be their last mention in this contest. What a way to end!

Solent collectively had a very strong year, as the table of appearances by university shows.

What’s been missing this year are the quantity of entries we usually see from across the four nations of the UK.

In part this is easily explained by changing staff priorities this academic year. Ulster University has for years provided a stream of blog content through its Ulster PR Student Blog, but a change among the lecturing team has meant that this blog has been dormant this academic year.

But student blogging and content creation shouldn’t be solely reliant on the push of lecturers. It should be led by the pull of students seeking to build their personal brands and extend their professional networks because it’s in their best interests to do so.

The rules of what authors David Waller and Rupert Younger call The Reputation Game are now clear. As they write in the conclusion to their book of that name:

‘Successful players of the reputation game are better paid, have access to better career opportunities, live happier lives and are able to recover more quickly from setbacks… [They] understand they can create a reputation engagement strategy that seeks to influence – rather than control – perceptions about them.’

At a time of skills shortages and recruitment challenges, it’s almost the perfect model for job seekers. For many years those who came to prominence through blogging have found themselves approached by employers. This year the situation should be even more favourable for the best students, since so many recruiters are currently looking to hire and are struggling to find talent.

One shortlisted student told us last night how she’d been directly approached by a multi-award winning agency as a result of her blog and social media presence, an approach that led to her accepting a job offer with the firm.

How hard can it be for others to emulate this? Anyone with a smartphone (and that, in effect, now means anyone) has many of the tools available to a Hollywood studio in their hand. Instagram and TikTok have been leading the way with mobile-first visual creativity – and that’s why they’re also leading the way alongside YouTube in the influence economy.

But just because anyone can become a creator and an influencer doesn’t mean that everyone will. They can’t, for the simple reason that attention is finite rather than infinite. If a million people create TikTok movies, they won’t all get the same amount of attention. One may gain a million views but for the rest there’s less attention to spread around. There are algorithms feeding us more of what we like in order to keep us scrolling, and these algorithms back winners.

It’s similar to what happens in the offline economy. Most children are given the opportunity to learn a musical instrument. Only a few persist to proficiency and of these, only a tiny fraction of a percentage will go on to make a living from music, let alone achieve fame and fortune that way.

In other words, though it looks beguilingly easy, achieving success in the social media world takes commitment and focus. It’s hard work.

Despite the apparent ease of creating on Instagram and TikTok, among others, it seems that the old rules may still apply. The long-established 1-9-90 rule states that in any given online community of 100 people, only one will be a keen content creator, nine may be willing to contribute comments, and 90 will be satisfied by merely ‘lurking’ (or scrolling).

Our named students are one in a hundred, whereas national statistics show that First Class graduates are one in three. It’s like the Moravec paradox in student social media. It looks easy, but it’s very hard to do well.

A successful public relations graduate may well have achieved a First (or Distinction at postgraduate level), but they will also have built up some relevant work experience and have developed a professional personal brand and made some industry connections.

In a world where vacancies are no longer necessarily advertised, the ideal scenario is for employers to identify and follow potential team members before they even apply.

#PRstudent #CreatorAwards22 exists to help with this – to push students to aim higher and to help employers to identify exceptional talent.

Congratulations to this year’s students – and to the lecturers who encourage them – and we look forward to seeing what creative talent there is out there next academic year and to helping individuals to aim high and achieve their goals.