Working with leaders to communicate change

Guest contributor Noel Armstrong shares his work on communicating change, developed for a CIPR Specialist Diploma in Internal Communication assignment with PR Academy. The next course starts in March 2019. 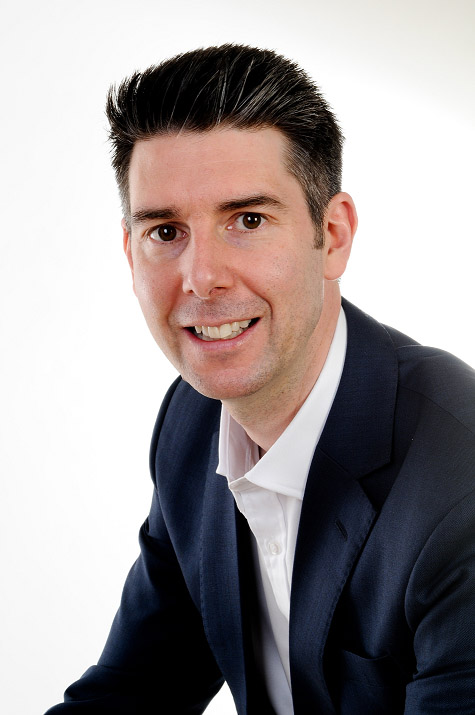 Organisational change is on the rise according to John Kotter1. Other practitioners and academics highlight that change programmes have high failure rates – as much as 70% according to Beer and Nohria2. Added to this, communication is seen by many as a key reason for change failure. Kotter claims that change projects often suffer from a lack of communication and this notion is supported by Salem3, who raises the issue of insufficient internal communication.

Looking at the literature reviewing business change through the lens of internal communication, it appears that the role of senior leaders communicating change is a topical theme. Against this backdrop, a recent study sought to examine change communications, looking at senior-level leaders, to see how internal communicators could work with this group to successfully communicate change.

The study examined the writing of leading academics and practitioners and also surveyed internal and change communicators to test some of the main emerging themes (64 responses were obtained). There are a huge number of variables related to change communication, including: the type of change, the size of the organisation and the working environment of the employees affected. However, this study attempts to draw upon reoccurring themes in academic research and test them against the responses in a highly-targeted survey.

Kotter’s writing on the subject of change is heavily focused on a planned, top-down approach, where the leaders in the organisation play a dominant role in change; creating the vision and strategy for change and forming a dominant coalition to guide change through its stages. Gill4 contends that although change needs to be well managed, it also requires effective leadership to successfully introduce change: “it is leadership that makes the difference”.

This would suggest that working with leaders to help them develop and communicate the vision for change would be an incredibly important activity for internal communicators. In fact, it scored highest in the study’s survey, with 86% of respondents describing helping leaders with their change communication style and messages as their most impactful communication activity. Helping leaders prepare for events and developing strategy with leaders followed closely behind, with 84% and 81% of respondents rating these activities highly.

These figures support the conclusions made by Quirke5, who examined BMW and AstraZeneca’s change planning and found that communicators’ strategy work with leaders had highly-positive impacts. The Edelman Trust Barometer6 went so far as to describe the CEO as the “Chief Engagement Officer” – highlighting a critical communications responsibility within the top role.

While leaders do play a key role in helping to communicate change, line managers are also an incredibly important stakeholder group. It’s easy to lose sight of this when examining some of the top-down change manuals, where the role of leaders is constantly emphasised.

“Direct supervision is the expected and most effective source of organisationally sanctioned information.”

Employees expect to hear important information – especially related to their own role – from a line manager. This view seems to be supported by the study carried out by Daly et al8, as a number of their study’s interviewees stressed the critical role of middle managers and line managers in communicating change to front line staff. Quirke points out that several surveys show that the preferred communication comes from the line manager, but adds an important caveat – where significant change to people’s jobs is concerned, they want to hear that news from a senior leader.

The role of line managers is also explored by Kim and Mauborgne’s9 examination of William Bratton’s transformation of the New York City Police Department. Bratton found that it was critical to get managers on board and important to get them to experience the organisation’s problems first hand. Bratton also stressed the importance of accountability for the “patch” and reporting in front of an audience on their own performance.

Change messaging also features strongly in the writing of academics and practitioners. The survey sought to uncover the types of messages that resonate well when delivered by senior leaders. Top-down advocates like Kotter and Gill find much credence in leaders communicating vision and strategy. Elving10 discusses the importance of developing the right culture. Garvin and Roberto11 studied CEOs who strongly believe in communicating values and behaviours.

Quirke, although acknowledging the lack of clarity in communicating strategy as a major failing in leader change communication, flags the importance of communicating outcomes. Here, Quirke has support from Larkin and Larkin12 who strongly advocate outcomes as a key message to deliver during change. These messages were tested in the survey and it found that, values, behaviours, culture and strategy, all scored within a similar range in terms of how well they resonated with employees (34 – 50% of respondents reported these types of messages as resonating strongly).

The messages that seem to have more impact, according to the survey results, were:

Hodges13 is a strong advocate for leaders communicating the ‘what’, ‘why’ and ‘how’ relating to change, claiming that this helps to reduce anxiety, uncertainty, helps employees deal with change, and builds support for change.

It should be noted that a free text box was added at the end of the question as an ‘other’ option, but most of the replies fell somewhere into the options discussed above. What these results seem to suggest is that these messages are all important things for leaders to communicate to employees during change. However, leaders may fall into a trap by placing too much emphasis on messages relating to vision and strategy, at the expense of communicating the answers relating to the key questions around change (what, why how etc.) and the outcomes for employees. Leaders may face two main problems. Firstly, how to imagine standing in the shoes of employees, to communicate in a way that engages and builds support. Here the role of the internal communicator, as the eyes and ears of the business, is important. Secondly, leaders might struggle to communicate outcomes during the early stages of change where there is much uncertainty – what Quirke describes as “driving in fog.” Larkin and Larkin suggest that leaders communicate outcomes as scenarios, ranges and estimates, working models, and hypotheses.

One of the key questions within the survey sought to gather data regarding channel effectiveness for leaders’ change communications. This is a theme that seems prevalent in literature relating to change communications – among practitioners and academics alike. By testing this area, it is hoped a better picture of channel performance can be developed in areas like: face-to-face (meetings, events), digital (including social, video and apps) and more traditional channels like email and brochures (as described by Larkin and Larkin).

It should be pointed out that face-to-face communication is often more time consuming to prepare and often comes at a higher cost in terms of delivery (catering, outside contractors etc.). It also has its limitations in big companies, where events or town halls may have to be replicated in numerous locations and with several leaders. This may explain why video scores highly, allowing leaders to communicate with a large audience, but still see the emotion and attitude through the intonation in the delivery.

It is also worth highlighting that email falls just outside the top-five rated channels in the survey, at sixth place. Fifty-eight per cent of respondents rated email as a very high or high impact channel. Although Larkin and Larkin largely discourage email – stating that traditional communication can cause resistance to change – it does find support from a number of academics, including Postmes et al14, whose research concluded that vertical communication from leaders was more effective than horizontal and more informal communication. Further support for email use by leaders during change, comes from Garvin and Roberto. Their study of a major change at the Beth Israel Deaconess Medical Center, found that the CEO, Paul Levy, played a powerful role in the communication strategy deployed by the organisation. The authors highlighted that Levy was a strong believer in email as one of the primary communication channels and used it successfully.

Senior-level leaders have a critical role to play in communicating the rationale and vision for change. In order to be effective, leaders need to work carefully on both their style – warm, friendly, listening and compassionate, (according to Rita Men15) and also their messaging. The weight of research (both primary and secondary) seems to suggest that the vision, values, culture, strategy and behaviours all resonate well. However, leaders – and the internal communicators supporting them – need to make sure that the ‘what’, ‘why’ and ‘how’ (and also the ‘where’, ‘when’ and ‘who’ if possible) are communicated. The outcomes to change are also messages that resonate strongly with employees. If outcomes aren’t communicated – even if it is in the shape of estimates, ranges and hypotheses – the organisation risks losing the support of its people during change.

One of the interesting findings from the survey relates to internal communicators’ role in the strategy stage of change. Less than 50% of survey respondents were active in their organisation’s strategy stage. However, over 80% of respondents asserted that working with leaders on change strategy would have a “very high” or “high impact”. This clearly shows that not enough communicators are earning a place at the top table for a vitally important stage within their organisation’s change or transformation.

The literature review and the weight of research (primary and secondary) suggest that line managers also have a critical role in communicating change. Academics like Klein have argued that line managers in particular, have a key role to play in explaining what change means to employees day-to-day roles. Internal communicators (and senior-level leaders) need to invest enough time with line managers to ensure that they are equipped with the skills and tools to communicate change effectively. In addition, internal communicators should look for opportunities to involve employees in change, so that it is something they ‘participate in’ and not something that is ‘done to them’.

Although practitioners like Kotter place great emphasis on communicating change with as many channels as possible, that approach doesn’t seem to be supported by research and could be time consuming, expensive and potentially reduce the impact of channels for other key messages. Strategic communication best practice suggests that analysing channels for their effectiveness is a better approach. Where channels are concerned, evidence seems to suggest that face-to-face communication is highly effective, building employees’ support for change. There is also a strong argument in favour of formal communication channels, like email, particularly when delivered by leaders.

Noel Armstrong is an events consultant with 20 years’ experience who is currently transitioning his career to internal communication.