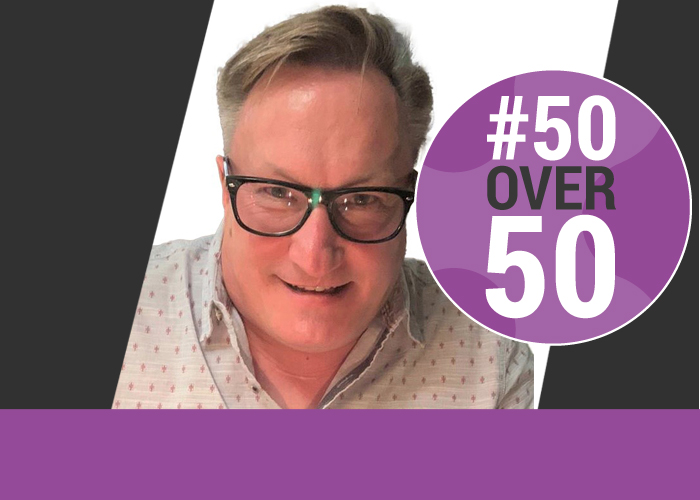 Alan’s career didn’t start in PR or comms, it started in mortgage processing with the Woolwich building society.

Hands up anyone who remembers the “No, I’m with the Woolwich campaign”? I worked with Alan in the Woolwich press office and recall our Director, David, liking to claim how he was introduced to the late Princess Diana at a function. She was walking down the line of guests, got to him and asked who he is was with. David replied “I’m with the Woolwich” at which point she rolled her eyes, said “There’s always one” and walked off!

Anyway, back to today… and Alan is Vice President, UK Media Relations with Barclays which bought The Woolwich back in 2000.

Alan joined the Woolwich at 17 straight from sixth form and worked in mortgage operations. He helped out at some company community events which sparked an interest in PR, but he confesses that he didn’t think he was really good enough. But this is also where David got to know him and clearly saw his potential.

Alan picks up the story: “I was in the lunch queue next to David one day and he mentioned that they were looking for someone for a press office position but hadn’t had any luck.  He thought a candidate with a good working knowledge of the business would be perfect. I said that I had thought about applying but didn’t really think I was right for the role.

“So, he invited me up to his office that afternoon for a general chat about my career etc but what I didn’t realise that it was really an interview! After a while he called in Hilary who was Head of Media Relations and suggested that we give it a trial. And that was that!”

It was a big change from dealing with the operational aspects of mortgage rate changes, but this business knowledge was what made Alan such a perfect fit for the role.

Having an in-depth knowledge of the business and how things worked meant that I could talk to journalists with authority. If someone asked why something had or hadn’t happened, I could explain clearly and simply without having to keep checking back with the business. And that’s become even more important today – journalists want answers now because they are working to such fast timescales.

It’s this knowledge and ability to communicate it that has also enabled Alan to develop long term, trusted relationships with financial journalists. It means that he can talk about products, how they fit into Barclay’s strategy of course, but also how they fit into the wider, developing personal finance market.

“Green mortgages are an example of this” explains Alan. “When I started out, the Woolwich had two mortgage products – endowment or repayment – now there are 100s. Products need to respond to a changing market and meet consumer expectations. People are more aware of environmental issues and are looking for ways to be greener in what they do and our strategy needs to reflect that.”

The point about relationships being long term is an important one.  Over the years, Alan has been able to build relationships by being a trusted source on the sector – not just Barclays.

When journalists are starting out, they need help. They want to look knowledgeable and of course don’t want to make any mistakes. I might get asked, ‘would I be right to say this…’ and I can put them right if needed. If I can help a journalist to get things right – not just about Barclays – then it’s the start of a trusted relationship that can last for years.

“Journalists I’ve known since the start of their career may now be an editor and that relationship is so valuable. I think too that they value your longevity in the role.”

Alan is a modest guy, but he did share an example of this trust. A journalist he knew from the Daily Mail is now money editor on a Sunday Paper.  Alan worked with him on quite a sensitive issue and afterwards the journalist Tweeted that he’d gone from working with one of the most respected PR people to one of the worst in the space of ten minutes.

“It’s also about having respect for journalists” explains Alan. “I know I won’t come out looking good every time but the thing is to look fair and reasonable.

Alan is the proof – if proof is needed – of the value of longevity and maturity in a role. But also of the value of diversity in terms of age. He can support young, new PR practitioners but also values their perspective. “Digital is one of the biggest changes that I’ve seen and it’s a challenge. It’s so important to listen to the younger voices in the team because it helps in understanding how to reach customers in the same demographic.”

It’s been a long career in one organisation but Alan says it still surprises. “Each day is different. Yes, there are the regular things like the cycle of financial results but aside from that you never really know what is going to come along. And the market is always changing, technology has had a huge impact – not just on how we do PR.”

Alan and I had a chuckle at this point about the time when the Woolwich introduced WAP mobile phones for banking – it was pretty innovative back in 2000. Our CEO at the time predicted mobiles replacing cash, well the pandemic has certainly speeded up making that a reality.

Talking of the pandemic, Alan has embraced the flexibility of working from home and has been enjoying the garden. It has also encouraged the team to take more care of their mental health, regularly checking in on each other.

Alan acknowledges that it’s not been easy for everyone – particularly for new practitioners and journalists. “I sense some feel a bit lost. It’s when a journalist is new and starting out that you need to start building that relationship and to be honest, it’s much better if you can do it face to face initially.”

But Alan is getting back out there. When we spoke, he was planning lunch with two retired financial journalists that he still keeps in touch with and whose advice he still seeks. It really is all about long term, trusted relationships.