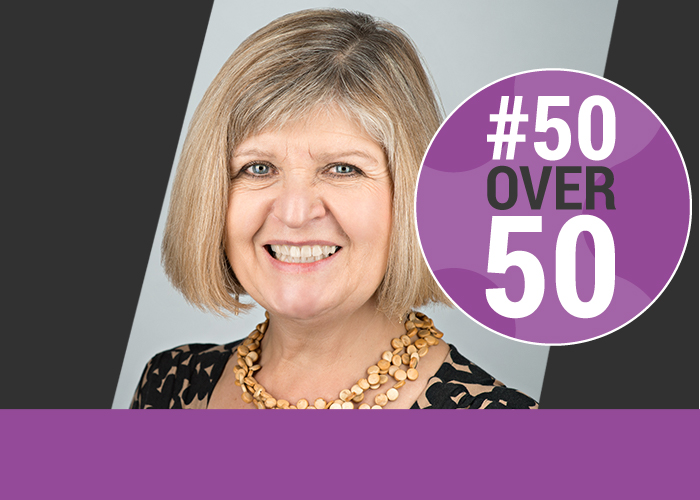 Author, trainer and adviser Caroline Black FCIPR has run her own learning and development business for over twenty years.

During our call, she glances over at her 2021 wall planner and tells me it’s filled with training bookings for clients including the Foreign, Commonwealth and Development Office (FCDO) for the rest of the year. Each month, she runs a one-week course for FCDO press and public affairs officers from all over the world. On the back of this, she delivers the FCDO’s Overseas Leaders Programme, preparing ambassadors for their overseas postings. And communication is a key part of that.

‘Ambassadors don’t intimidate me anymore, though they did at first. When the FCDO first asked me to deliver their leadership programme, my inner saboteur had some doubts, but externally I said ‘of course – great.’ If you’re going to have a long career, maybe that’s what you have to do: just say yes! Have a go!’  Although don’t say yes to things you’re clearly not right for – that would break the CIPR’s ethical code.

‘We were in a training room face to face until March last year; then everything went virtual. Again, that was a big challenge. Can I do it? Particularly if I’m not certain I’m going to like it. But I did it and we get fantastic feedback. You must take challenges. If you don’t take a challenge, you fossilise.

That’s the key thing in my career: Have a go. Feel confident that you can. I say that to younger people I coach: have a go. Don’t let the little voice – the imposter syndrome – win.

‘The FCDO training work has also led me to do an enormous amount of work with other public sector clients: so I work with the security services, and with the Cabinet Office. And I get project work from the Prison and Probation Service, NHS, Northern Ireland Office and all sorts of other public sector organisations.

‘Yet I started out in a really ‘brand place’, she says, describing her formative years in advertising and public relations. ‘I discovered the public sector late on in my career and then realised how important it is. I feel that I’m probably doing my best work now that I’m developing the communication skills and capabilities of people in the public sector. I appreciate the hugely important work they do, especially through the pandemic.’

‘I set up my company in 2000 so I’ve been at it for 21 years now. Before that, I had a habit of changing jobs every five years. I’ve now worked for myself longer than I’ve worked for any other employer. I’m a terrible boss, I have to say! I do beat myself up a lot and insist I work hard.

I’m a Londoner born and bred. I’ve never lived anywhere else. My mum was a tea lady and my dad was a postman, who’d served in the Navy in the Second World War on the subs. They had high aspirations for their kid and I was the first in our family to go to university.

‘I ended up staying in London, reading English at London University and thinking I was going to be a journalist. Instead, I came out of university, got a job in an advertising agency where I thought I would be a copywriter because I had done an English Literature degree.

‘I was working for a big agency, on big brand clients like Mars and Pedigree Petfoods. A wonderful old-school creative director, Sam Rothenstein (she was incredibly aristocratic) saw something in me and asked me to join the creative department. So I moved from account handing to doing the agency’s in-house PR job. That’s how I started in public relations. It was in the early days of an integrated approach that took in public relations, advertising, direct marketing, sales promotion. Typically, people didn’t migrate from one discipline to another or even have much of an appreciation of them.

‘When I left I moved to Guinness Brewing (part of Diageo plc). There I was in-house PR managing a couple of big agencies. I’d moved from advertising to being a client in the public relations area. Things gradually began to take shape for me. I think I’d found my thing: what we would now call reputation management.

‘I was a Guinness for about four years and then was made a better offer. Although I loved the brand, I didn’t like working on an industrial estate in Acton, I wanted the fizz of central London. I eventually moved to Grayling and was a board director at Grayling for about five years.

‘I learnt a lot about public affairs there too because Westminster Strategy was part of the group. John Bercow was an intern at WS – he didn’t say a lot but he was clearly absorbing everything!

‘The impetus to go solo came when my mother died. We held a humanist ceremony for her, and the celebrant who ran it became my mentor.  I led my first humanist funeral in 2002 and have been doing them ever since (along with baby namings and weddings). I also volunteer at the North London Hospice as a humanist chaplain.’

After my mother died, I decided to take some time out. People thought because I’d left my job at Grayling I must have come into shedloads of money. Nothing could have been further from the truth.

‘I was just knackered from my mum being poorly. So I took a year out, became an aromatherapist and learnt all about being a masseuse. My first client was Brentford FC.

‘But then one of my former clients contacted me and said ‘will you work with us for a couple of days a week’. That was Investors in People. Gradually, I began to get more clients. I eventually set up a limited company: limited because some clients insisted on it if I wanted to pitch for business.

Around this time, Caroline also wrote two books: The PR Practitioner’s Desktop Guide for Thorogood Publishing and The PR Professional’s Handbook for Kogan Page. One was translated into Russian – when she was training in Moscow someone said ‘I have your book. Will you sign it for me?’.

‘Doing training work, because it’s about nurturing others, is probably a good substitute for being a mother. I think I want to give others the kind of support and encouragement my mum and dad gave me all those years ago.

‘If our job is to be trusted advisers, if that’s what the public relations role is, then ultimately this is about relationships. There are technical skills and academic principles you can learn, but communication is built on relationships.

In the context of careers in public relations, we should pause to ask why we do what we do, what it is that motivates us (is it career achievement; is it helping other people succeed; is it about following processes to enable an organisation to get results) – what drives us and spurs us on?

She’s talking from her home in Ealing – but says she still longs to be back in Whitehall, face to face with others.

Caroline signs off with a blast of the Victorian Metropolitan Police whistle she has on her desk, which her great-great grandfather had found in a sewer.

‘I keep it on my desk to remind me that I’m a Londoner!’