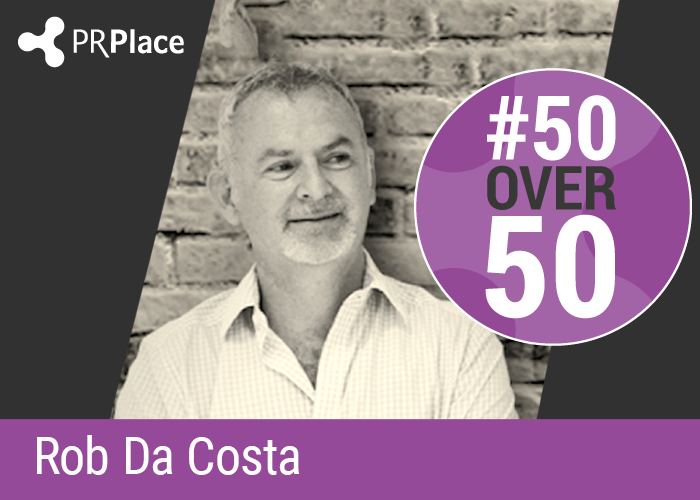 Rob Da Costa is a coach. He used to run a very successful PR agency. As he describes it he “went from driving a Jag to driving a Renault Megane” but life with a Megane is good (although I am guessing he has sold it by now.)

His career path is similar to many who run their own agencies. He was working as a marketing manager in the tech software sector and struggled to find a good PR agency. He also felt his career options were limited so decided to strike out on his own.

“After a while I took on a business partner who had complementary experience in hardware and we grew the business to a team of 25 with a £1.5m turnover. But we didn’t have a plan. All the things I now talk to people about doing we didn’t do – the business just had a life of its own.

“Then we hit the 90s, the economy wasn’t so good and it started to feel really tough. We were making money, but I wasn’t enjoying it. So we sold to a big American company. It wasn’t a pleasant experience and I eventually left in 2005 wondering what on earth I was going to do with the rest of my life.

“What I realise now, is that selling the business wasn’t my only option, but at the time I couldn’t see another way out of the situation I was in. And what I know now, is that if I had been working with a coach at that time they would have helped me to see the options, and create a vision for the way forward.”

It was a life coach that helped Rob to see that coaching could be something for him. So he studied, worked for a coaching company before setting up Da Costa Coaching in 2007.

Even though Rob is a coach, he works with a coach himself and has done at various times since setting out on his own. He believes firmly that everyone should. One might say that “he would say that wouldn’t he” but he is proof of the difference it can make.

The difference is that coaching is now much more accepted than it was back when Rob could really have done with it. “Generation Y, Millennials, they are much more likely to invest in self-development. Employers also see it as part of a package to attract the best talent.

Rob’s business has developed and he now specialises by working with marketing agencies. It was identifying a niche in this way that helped his business to really take off. Clarity around who you are targeting as a business is something he advocates strongly.

From there, he has started to do training to complement the coaching. It started with account management . “Agencies train their staff in technical skills, but you need the skills to be good at managing the account too. It is something I saw a need for – people may move up the organisation but need the account management and people skills to successfully service and grow existing accounts.

Rob delivers more and more of his training online. Not only is it flexible for the learner but it works for him personally. “The idea of retiring on a Friday and putting your feet up doesn’t really figure for me but there are things I want to do. For example, spend part of the year abroad and this kind of work enables me to do that.”

A new hybrid course is aimed at people who are just starting out in their own agency or have one or two staff and need that support but can’t afford a coach. “If I had that in my early days, I wouldn’t have made so many mistakes and probably would have been a lot more confident,” says Rob.

“At one time working with a coach may have been seen as a sign of weakness and I spent a lot of my early coaching career convincing people of the benefit. I would use the example of sports people wanting to perform at their best. But having said that, I don’t have those conversations anymore, people are more likely to get the benefit and if they don’t, they probably aren’t ready to work with a coach.”