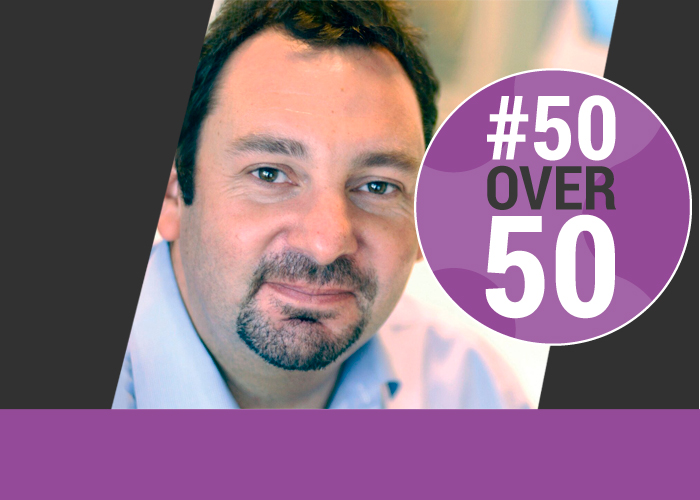 Rod Cartwright has supported crisis preparedness, delivered training and provided live issues and crisis counsel to clients of all sizes, across the public, private and non-profit sectors, and spanning continents. We spoke about the disappearance of Malaysia Airlines flight MH370, one of the defining crises of his career, but he was also keen to talk about his broader experience across public affairs and public relations consultancy.

At the start of his career, Cartwright had worked in public affairs, initially with lobbying powerhouse GJW and including a stint with the Labour Party in 1997 when Tony Blair was first elected. This was followed by five years at GCI as Director of Public Affairs, five years at Hill & Knowlton Strategies in the same role, a decade at Ketchum including seven running the global corporate practice, and two years as EMEA Regional Director at Text 100 (now Archetype).

‘In 2019, without knowing what was around the corner, I decided the time was right for me to do my own thing. This was a month before Brexit was finalised and two months before the pandemic! I’m two years into the independent journey and loving every minute of it.’

‘My offer is about human preparedness – the cornerstone of everything I do – organisational resilience and business performance.Within that overall offer, Issues and crisis preparedness; live issues and crisis handling; training, learning and development are my three main areas of focus with clients.

Your organisation can have all the systems, processes, materials and infrastructure in the world, but unless you’re prepared at a human level, then those processes and systems are just that – processes and systems. That is why I am so focused on what I call ‘the human imperative’.

‘I’m also very big on the importance of comms supporting organisational resilience and business performance, so a lot of what I do is as much management consulting as it is pure comms.

‘When I was starting out on my own, I looked around in the pandemic and asked if there were any gaps in the market. That analysis revealed a frequent lack of systematic risk mapping, scenario planning and measurement in crisis preparedness

‘With that in mind, I created a modular, five-part MATCH FIT model, including a specific measurable crisis preparedness diagnostic measurement and a workshop-based process for risk scenario planning. Experience has taught me that preparedness is 80% of the task and MATCH FIT is designed to introduce greater system and measurement into that process.’

This winner of  the inaugural Silver Star Award – for practitioners over 50 – at the Davos Communication Awards has strong views on attitudes to age in public relations. ‘I don’t believe that ageism is the last ‘ism’, but I do believe that ageism is rife in PR. I’ve never felt more comfortable in my skin as I do now, but honestly in agency, once you get into your late-thirties and forties, you start to feel like you’re becoming passé just because you’re not in your twenties anymore.’

‘In Africa where I spend a lot of time, and in Asia, the ‘elders’ are revered not just because,of their age but because of their experience, the number of mistakes they’ve made and the lessons learnt from doing. In the West we tend to view age as a curse, not an asset.’

Cartwright was on the PRCA Board for a decade and chaired the Association’s Public Affairs Committee over the same period; he’s special adviser to the CIPR’s Crisis Communications Network and chairs the Crisis and Risk Communications Working Group at European Association of Communication Directors (EACD). ‘I spend a sizeable amount of time doing industry body work, because I believe that if we as practitioners don’t, then who’s going to? There’s no point in having this expertise and not passing the baton on to the next generation. The industry work is endless and tiring… and wonderful!’

While he is reluctant to be defined by a single experience, our conversation perhaps inevitably gravitates towards his work on Malaysia Airlines MH370. He acknowledges that few crises can match this one for lack of resolution.

My friend and former colleague, Alex Woolfall had worked with the McCanns after Madeleine disappeared and at the time, we realised that we’d probably worked on two of the great unsolved mysteries of recent times.

Since we spoke, a named suspect has emerged in the Madeleine McCann case, but MH370 remains an unsolved mystery.

Rod was working for Ketchum at the time, as Director of its Global Corporate Practice, and was a key individual in the four-strong international team flown into Malaysia within days of the aircraft disappearing with 239 passengers and crew on board on a scheduled flight from Kuala Lumpur to Beijing on 8 March 2014.

‘I wish we’d been there even sooner. A lot of the reputational damage had been done on day one, when the arrivals board in Beijing continued saying ‘flight delayed’ after the point at which it had been known that contact had been lost.’

‘A lot of mistrust was created early on. There were real cultural nuances regarding how Chinese citizens trust or mistrust institutions, plus there were the cultural considerations between China and Malaysia.’

‘We were advising Malaysia Airlines’ chairman, CEO and legal counsel on how to deal with an unprecedented global news event, as part of the Emergency Operations Centre.’

‘The airline was majority state owned, which is one reason the comms was led by the government, not by the airline. Under international aviation law, the airline is responsible for passengers and their families, but the responsibility for search and recovery was shared by the government of the country of origin and that of the presumed location of the aircraft, in this case around 1000 miles off the coast of Australia according to Inmarsat data.’

Amidst all these challenges, Cartwright identifies the ‘two things that kept up grounded throughout.’

‘As I’d left home for Heathrow, my wife said: ‘remember: unless and until they find the plane, this will only ever be degrees of bad. At three in the morning after yet another 16-hour day, that phrase ‘degrees of bad’ was there with me.’

‘When we first arrived, a colleague said: ‘Listen guys, there’s no playbook for this, and if there was we’d have to rip it up’. You knew there were unlikely to be any truly positive outcome for anybody.’

‘Our strategy was essentially to focus on two things: the only thing that mattered was taking care of the families. Our golden rule was that the families should only ever hear news from the government or the airline first, not from the media.’

The second  was that we needed to get the airline out from the weight of the government, and establish a voice for the airline as an airline. For example,we did a press conference in the viewing deck of KL International Airport with the airline on its own, with the Chairman and the CEO, as opposed to the CEO being one of multiple spokespeople in the daily, government-led press conference.’

‘In a crisis, the facts are your friends, you don’t speculate.’ In the case of MH370, there were few known facts, so public and media speculation were inevitable given the huge global interest.

‘The degree of often surreal speculation, from outlets such as CNN, was absurd. For example, we chose not to dignify a CNN panel discussion about whether aliens had swooped down and removed the plane with a response.’

‘I was there full-time in KL for about six weeks, but more or less commuted between London and KL for the rest of 2014. We went back in July 2014 to do some financial comms around the airline’s AGM and annual report, and later again to advise on the restructuring of the airline.’

Cartwright points out that the mystery of MH370 is likely to remain just that and stresses that he knows no more than anyone else about why or how the aircraft disappeared. His personal instinct is human intervention and he says: ‘Of the main theories why the plane disappeared (pilot intervention, catastrophic mechanical failure, hijacking and a fire on board), three just don’t work for me. So for me it’s human intervention of some kind. Yet there was nothing in the profiles of the pilot or co-pilot that suggested any political links or a history of poor mental health, unlike the case of Germanwings.’

Cartwright is very hard to place. He’s London-based, married to a Scot, grew up outside Edinburgh and went to secondary school in York; he did two degrees at Newcastle University, studied in France and Germany, and was speaking to me from his mother’s home country of South Africa, where he spends as much time as he can. International rugby allegiances are a challenge for him!