All public relations is political 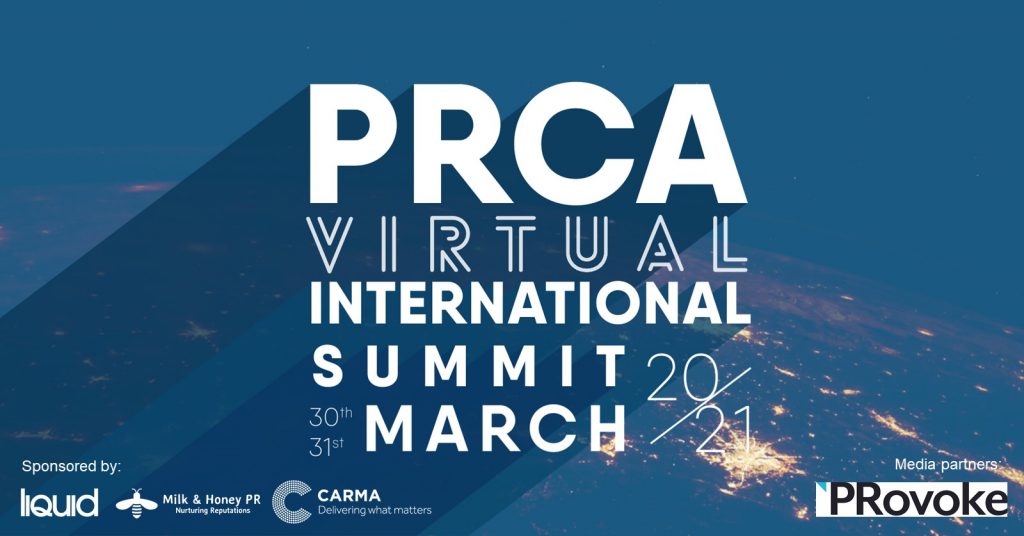 When Burger King’s International Women’s Day campaign backfired (opening salvo on Twitter: ‘Women belong in the kitchen’), that was political.

When Gordon Beattie told us ‘We do not hire blacks, gays or Catholics’ in a poorly-phrased attempt to explain that his agency recruits talent regardless of these factors, he’d resigned from the firm he’d founded within the week. It had become political.

When brands persist with April Fool’s Day stunts even in the age of fake news and during a global pandemic, assuming it’s business as usual, I think that’s political.

Language is political. Only last week a government report into race told us to avoid using the catch-all term BAME. The Government Communication Service had already produced advice on the language to use when writing about ethnicity (‘we refer to ethnicity and not race’).

Personal pronouns (she/her) are now political. So are titles (Ms/Mrs).

Misinformation/disinformation was a running theme in last week’s PRCA Virtual Summit. Fake news is political, but we already knew that.

Public affairs engages with specialist groups such as politicians and civil servants around public policy issues.

This gives the impression that public affairs is a specialism-within-a-specialism, usually reserved for political geeks.

Academic Danny Moss has challenged this by asking if public affairs should be seen as a subset of public relations, or as its superset. In other words, is it a narrower or a broader discipline?

Last week I attended the two day PRCA Virtual Summit, probably the widest-ranging conference I’ve tuned in to. For one thing, it was global. For another, in-house corporate communicators featured prominently alongside the expected consultants. It took an interest in internal as well as external communication. And it didn’t shy away from big themes: misinformation/disinformation, ethics, the climate emergency, Brexit.

And that makes my point. If you work in public relations and comms, you can’t avoid these big themes. You cannot avoid being political.

The very size and scope of the conference was also political. How a small trade association formed in London just over 50 years ago to represent commercial public relations consultancies (as the Public Relations Consultants Association) has become the world’s largest professional membership body representing 35,000 practitioners (as the Public Relations and Communications Association) is a tribute to the political skills of its leader Francis Ingham.

I’ve been gathering links for #ThisWeekinPR for more than three years. Week after week, the round-up has been dominated by those discussing their specialisms such as internal comms and digital PR.

But in recent weeks the most crowded section has been the one that covers politics, public affairs and the public sphere. And I don’t think the upcoming local, national, mayoral or police and crime commissioner elections alone explain this change.

I think we’ve come to realise the importance of politics: we’ve seen how political decisions can cause a sudden drop in trade across the Channel and the introduction of border checks in the Irish Sea, against the many voices warning of just this outcome.

Party politics may still be for geeks, but politics affects everyone. It dictates when we receive our vaccinations (and which vaccine we receive), when and how lockdown restrictions are eased. It dictates which parts of the economy receive financial support. Politics matters.

A powerful conversation took place last week at the PRCA Virtual Summit. It was articulated in the question ‘how do you reconcile the demands for transparency with the need for reputation management’?

The answer to this question – and how you reach it – is intensely political. Every organisation and its advisers will be grappling with their approach to this challenge. This involves working out policy and anticipating issues.

Now back to my teaching, and how to incorporate these lessons. I think we can all agree that the old adage ‘there’s no such thing as bad publicity’ is easily disproved, though some organisations and individuals will continue to succeed by breaking the rules (you can call it the Elon Musk or Michael O’Leary exception).

Rather, I try to teach people that Newtonian physics still applies, that ‘every action has an opposite and equal reaction.’ This should at least encourage you to anticipate the possible negative reactions to your words and to decide if it’s a risk worth taking.

It’s also a useful reminder to focus on actions rather than words and that the easiest public relations trap is to craft the right words without backing it up by the necessary action (hence the weary cynicism that greets posturing on purpose and statements on sustainability).