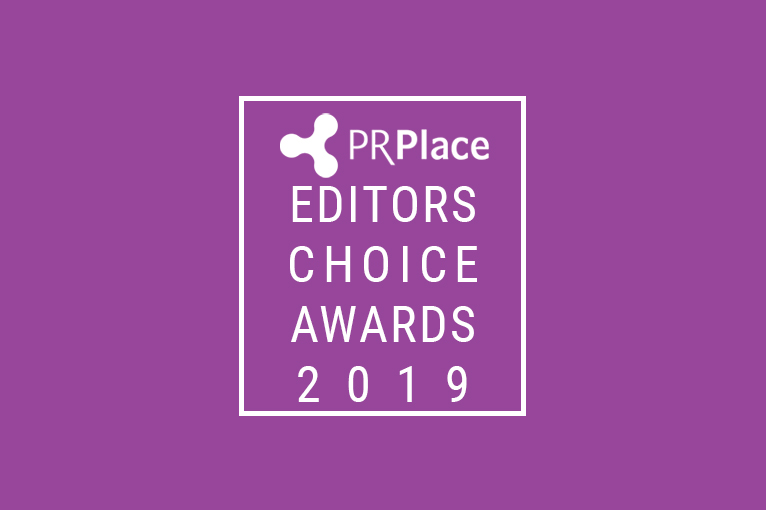 Producing the #ThisWeekinPR round-up all year (with just a break in August) gives me a good sense of who is making news and who is providing the strongest analysis and commentary in our industry. Or, put more simply, it shows me who’s good at creating content.

Each week’s selection is a vote of thanks for those included. In this post, I’m trying to do something different. To step back and write a more explicit ‘thank you note’ to those who have been the most exceptional and the most consistent; the strongest sources and the most powerful inspiration for others.

Welcome to our editor’s choice awards 2019. No fixed categories, no explicit judging criteria. Simply a subjective overview of #ThisYearinPR

We hear a lot of talk about community, but it’s one of those things that’s easier said than done. If not, where are all the other examples?

Comms2point0 is exemplary because it appears to be a self-governing community rather than a hierarchical organisation. Public sector comms professionals share their challenges and insights in a succession of well-written blog posts; some gather in a Dorset field for the annual #CommsUnplugged event and others attend the #UnAwards ceremony in a Birmingham cinema.

It feels such a natural, self-organising community that I don’t even know how it runs, but sense that Darren Caveney is the inspiration and that Sally Northeast is closely involved in #CommsUnplugged. Congratulations to them and to their contributors, attendees and awards nominees. (And please note my request for someone to document the Comms2point0 case study).

Best for industry news and commentary

I’ve written a briefing note on public relations media, so don’t intend to repeat myself other than to restate my respect for the Holmes Report team that provides the freshest news and sharpest analysis of our industry from a global perspective.

This is exemplified this week by Arun Sudhaman’s examination of the changes in management at several of the large holding companies.

PR Week is still a big name for industry news, but Holmes Report has my vote for insight – and for making so much more of its journalism freely available.

Podcasting, like radio, has had a strange and unexpected resurgance in the digital age and someone else will I’m sure declare 2019 as being the year we reached ‘peak podcast’. I’ve certainly been including more in #ThisWeekinPR – but have no trouble in identifying my most eagerly anticipated among them. Paul Sutton brings together a succession of high-powered experts, but what’s admirable is the balance between heart and head. There’s no shying away from emotional issues even while addressing some thorny intellectual challenges. Highly impressive, and often very surprising.

I have a self-imposed restriction when compiling #ThisWeekinPR: I try to restrict individuals to one appearance per week. With Scott Guthrie, this is frequently very challenging as he seems to produce two or three detailed posts each week charting the growth pains of so-called influencer marketing – and pointing out why the discipline should really be viewed as part of public relations. If he’s produced two 1000-word posts each week for a year, that will be over 100,000 well-chosen words and case studies: in other words, he’s already written the book on the subject (editors and publishers please take note). Everyone else, be grateful you can read this for free.

What’s also surprising is that he’s an experienced man providing a management consultancy level of insight into an industry that’s often seen as young and female. But then, it’s an industry that seems to have progressed through several stages of the Gartner hype cycle in just one year (have we reached the ‘peak of inflated expectation’ yet?)

This was the year in which Britain’s departure from the EU was twice delayed, leading to a decisive December general election. So there’s been much for political wonks and public affairs experts to write about. In my opinion, no one has done so as consistently and from as many different party political perspectives as Cicero (which created a specific site for the general election). Plus Iain Anderson has been all over the airwaves discussing his timely book F*** Business and providing insight into Conservative politics.

We’re mid-way through the 2019-2020 contest, but announced our 2019 winner back in May. No surprise, as she was also our winner in 2018. It’s worth revisiting Orlagh’s story, as she’s still regularly blogging from her year in New York (having already done so though her placement year in London). But Orlagh’s blogging started years earlier as she turned her teenage passion for One Direction into a love of writing and content creation. Her process and technique is a lesson for all. Sure, she gained a First Class degree, but then so do something like one in three final year students. Whereas there’s only one winner of our national contest. She’s one to watch.

So it’s easy to pick one outstanding book from this year, since it’s written by a practitioner who’s open to academic input and insight as well as being keen to explore a range of practice case studies. It’s a best-of-both-worlds approach that means it’s a valuable and important read for everyone in our industry. Intellectually challenging, and practical.

While being quick to celebrate the public relations business, I’m open to its many challenges. It’s an ethically contested field with a poor reputation, a stubborn gender pay gap and a poor track record on racial and social diversity.

But it’s one thing to diagnose the problem; it’s another thing to do something about it. Especially when you’re a one-woman campaign and an outsider rather than an insider operating from a position of power. As an indication of how effective she is, Elizabeth Bananuka’s name is one that came up unprompted in many conversations I’ve had with industry colleagues. This year, in addition to her BME PR Pros website ‘side-hustle’, she single-handedly organised an industry conference.

She’s taken on a lot; there’s a price to pay for this; she deserves our praise and support.