How to do PR for public relations

An exercise in creativity, crowdsourcing and co-creation 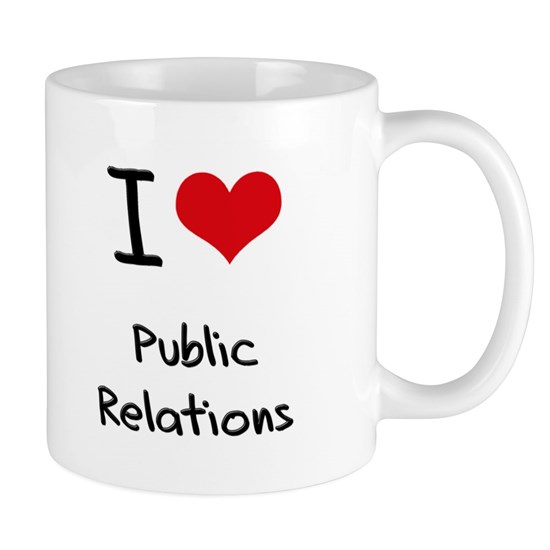 I welcome the #PRCAschools campaign, launched this week, to attract a wider pool of talent into public relations. This involves us seeking opportunities to go into schools in an attempt to inspire young people with the work we do.

It’s an urgent task. Our industry is growing, but employers face a challenge to recruit sufficient talent. Meanwhile, young people can’t choose something they don’t know about, and may be put off by parental pressure to follow a ‘proper’ profession.

What can we say to attract them to our improper profession? How can we get more to choose apprenticeships, to study the subject at university and to sign up for internships and graduate schemes? How do we stop the field being dominated by the same types of people?

How can recruiters get beyond hiring people who look and talk just like them? If we’re all alike then our cultural references will be too narrow and we won’t sound like the communities we want to reach.

Change starts close to home. I’m mid-way through a lecture series on the digital landscape. Today we discussed ‘convergence’; previous lectures have covered ‘conversations’, ‘reputation’, ‘content’, ‘community’ and ‘influence’. That’s six hours of concepts and arguments, but at no point have I been able to pin down exactly what the subject is that I’m talking about.

So on the way in to my class, I had a go at writing a new description of public relations (not, please note, yet another academic definition) that covers what we do and why it’s exciting.

It’s as imperfect as all of my attempts to educate, but this one has the brutal clarity of being just six words long and containing only three concepts.

It’s a creative industry. As well as creating words and digital content, we’re shaping public perceptions and exchanging ideas in the public sphere. Besides, what teenager wants to opt for an uncreative career path? Or a profession which, with creative attached to it, could send you to prison (think creative accountancy).

It’s communication. This is universal and it’s fundamental to the human condition. Everyone does it, yet not everyone does it well. Only a few get paid to do it. They’re often the creative types: actors, musicians and artists – people who have something to say and a means for communicating their ideas. This puts us on the side of the angels!

It’s a complex world. Any attempt to communicate can bring out the angry mob, but most attempts to communicate are received with mere boredom. It’s a lot familiar to teachers and lecturers.

Take something as uncontroversial as ‘tea’. Surely you can’t go wrong communicating on behalf of a tea blender? You’d have thought so, but Taylors of Harrogate learnt differently the other week through its Yorkshire Tea brand on social media. It was a bruising experience, but surely not one that was damaging to the brand.

So it's been a rough weekend.

On Friday, the Chancellor shared a photo of our tea. Politicians do that sometimes (Jeremy Corbyn did it in 2017). We weren't asked or involved – and we said so the same day. Lots of people got angry with us all the same. pic.twitter.com/7uVmKDf7Jd

How to communicate in a world where you’re duty bound to tell the truth, but the trolls have no such scruples? How to communicate when attacked by the angry mob and yet you have to continue to ‘play nicely.’ It’s a complex world.

So I asked my MA class to write letters about public relations to their sixteen year old selves. This is a selection, edited for brevity, from our attempt to explain public relations to talented teenagers. (Here’s diversity in action: this is an international group with varied backgrounds and a strong creative streak.) I’m hoping we’ll now take this further and take our messages back to school.

Mum and Dad were right, your career (after your health of course) is one of the most important aspects of your life. The working world is more competitive now than it ever has been. I know you’re a hard worker, keep it up gal. You’re frustrated though because you wanted the easy option, like going into something like medicine or law. The careers that are secure, concentrated with jobs and pay well. You also didn’t want to disappoint. An Iranian girl who isn’t a doctor, lawyer or engineer? Blasphemy! If you ask me now, that’s BORING! Where’s the fun in being a sheep? You’ll be glad to know, you stuck to your guns and you’re doing, what YOU want to do. Although, respect to Mum and Dad, they were always supportive and never forced us into a certain career. Gold star for you guys!

Guess what you’re doing a masters in? Yes, a masters, get you! Public Relations. Doesn’t that sound much more glittery than the mainstream careers everyone goes into? You’re probably scratching your head right now. You would find explaining what PR is, harder than doing Pythagoras. Well let me enlighten you. It’s the future.

In public relations, you don’t have to just be one person. You can be the influencer between organisations and the public, a storyteller and the person who saves the day for a company in crisis.

Get this, it doesn’t stop there! You could even be the creative at your PR agency, making videos with bedazzling graphics, for the company’s social media. Heck, one day you could even be mingling with celebrities! That’s the great thing about PR, you are everything in one. Now, that’s a boss woman! So forget about the worry that you’ll be a disappointment if you don’t wear a stethoscope for a living. I’m glad you joined me in going to the dark side.

P.S. I’ve got some bad news, One Direction broke up and went solo. But hey, you never know, we might end up being Harry Styles’ PR manager.

Life is moving fast, and you will find yourself wondering which path to follow. Digitalization will become a huge part of society; try not to feel inadequate by what others are doing online. They will be bragging about their perfect life and travels. Look behind the facades. Life isn’t perfect – you will find it out yourself many times in the future.

Keep pursuing your interest in web design, improve your HTML coding abilities and don’t let anyone stop you from doing what you are passionate about. Your strengths in organization, communication and creativity are the foundation for your future career. Keep on going. You might even find yourself like working with numbers. Learn more about data – it will help you to stand out and create value for yourself and others. Try out new things. Think outside the box. Let your thoughts flow. You will be good at what you are doing, because you will love it. You have an exciting time ahead. Stop worrying. You are doing great now and you will do in the future as well.

I’m here to let you in on a secret. You will go to university. You will study four years of French and German, although I’m sure you’re not surprised by this as by now it’s more or less decided. But what you don’t know is that after graduating you will start a Masters degree in Public Relations. I imagine this comes as a huge shock to you but if you really think about it, you always liked writing and being creative. You were just too scared to pursue it because it involves an element of risk. It’s unfortunate that during your school years the focus is all on exams and grades and university. But what about when all that’s over and done with? What’s left? A career path that your heart isn’t really in?

I found out that I like visual media, communication, arts which I never thought I had a talent for. There was this amazing supportive professor from my university, who advised me to ‘do what you love and love what you do’. Arunima Nisha Shaju

Working in PR is NOT necessarily always about dealing with celebrities and their attention grabbing, glammed-up affairs! It is way more mundane and hectic than that. This might probably make you feel upset, and I can fully understand! After all, that’s the image of PR practitioners we get from the movies, right! Blame it on Hollywood!

Unfortunately, public relations is not all about ‘pretty-in-pink’ cocktail parties or having a fast paced high-life with A-list celebs. So, here’s a reality-check for you. We need proper research, analytics, data, linguistic skills and most importantly, a keen interest in journalistic events if you are to work as a PR professional in the future. Forget about the movies and plunge into the real world of strategic communications. It’s not going to be easy, but trust me, if you are dedicated enough and love communication above all, PR is going to be worth it!

It’s not easy growing up in Vietnam, at this age, you are buried with mountains of maths exercises; you are trying to balance chemical equations and competing with your peers about who is the quickest to solve the problems and get 10 marks. We were taught to become a teacher or a doctor. We were taught that there is only way to solve the problems. I used to be in that position.

My little world is the one where people respect you when you are a doctor, people like you more when you are a pharmacist, an accountant, or a banker. Jobs with labels. We were living in a world where we are structured, labelled, judged by what society thinks. People didn’t give a benefit of doubts for those who work in a “non-labelled” job. I now consider myself a PR practitioner. What is the label for that job? Does it have any title? 10 years ago, the term “marketer” didn’t exist to me. The term PR is totally strange. Is it from Mars?

You’re a clever kid. You’re going to go on to get a handful of As and A*s. But spoiler alert, you clinch a C in Business Studies, which is fine, because the world as you know it is changing. And let’s be honest, if you were ever going to run your own business (haven’t yet at the ripe age of 35, but I’m expecting a letter – or should that be an email or something more techy – from the future any day now) then you won’t let this momentary failure get in your way. You’ve always been that geeky blend of mathematics and English, and girl, the future is made for people like you.

You don’t know it yet – in fact, you’re almost about another 16 years off from discovering it – but there exists the perfect world for you. A world where you are able to engage; to create. Where you can innovate, and communicate and facilitate. You’ll have chance to organise, to socialise, to strategise. And a whole load of other skills without the suffix -ate or -ise.