Ivy Lee and the origins of the press release

“This is not a secret press bureau. All of our work is done in the open. We aim to supply news. …. In brief, our plan is frankly, and openly, on behalf of business concerns and public institutions, to supply the press and public of the United States prompt and accurate information concerning subjects which it is of value and interest to the public to know about.”

Following on from the publicists and press agents of the mid-19th century, the beginning of the 20th century saw the development of a second ‘public information’ model of public relations.

It has been argued that this was a reaction to the increasing impact that the rising number of investigative journalists was having on both government and corporate reputations.

The leaders of government-run organisations and private corporations began to realise that they needed their very own in-house journalists to write about the good things that the organisation did and explain what had happened when things went wrong.

One of the first, and ultimately one of the most notorious, of these in-house journalists was a former financial newspaper reporter turned public relations officer called Ivy Lee (Grunig, 1992).

After graduating with a first in economics from Princeton in 1898, Ivy Lee worked as a newspaper reporter at the New York American, the New York Times and the New York World.

In 1903 he left journalism for the world of public relations by taking up a job as a publicity manager for the Citizens’ Union. Then in 1905, together with his partner George Parker, whom he had met whilst working together for the Democratic Party, he set up one of the first US public relations firms, Parker and Lee, with the bold mission statement of ‘Accuracy, Authenticity and Interest’.

Coming from a journalistic background, Lee saw that it might be in the best interests of his clients if they could to move beyond the traditional biased publicity handouts of the day that could not be trusted and begin to produce statements of fact that could be relied upon to be truthful. In other words, to produce that staple tool of today’s public relations, the ‘press release’. This would encourage accurate reporting and allow the organisation to tell its story without having the narrative rewritten by sceptical journalists.

One of the first documented examples of this new practice took place in 1906 when Lee was retained by the Pennsylvania Railroad and soon after a train wreck occurred near Gap, Pennsylvania. Rather than trying to suppress the facts, as they had been used to doing, Lee advised the company to invite reporters to attend the a scene at their expense and report the facts as they saw them.

Against the protests of some senior executives, the company took Lee’s advice and soon found itself enjoying good press coverage in spite of the unfortunate accident (Cutlip, 1994).

But not all journalists saw it this way and Lee also found that some of the press releases he sent out were met with hostility by the reporters who received them. Completely unused to receiving such factual, rather than publicity-based, material many of the reporters that the press release was sent to accused Lee of putting out advertisements under the guise of facts and of trying to manipulate them by writing their story himself (Jenkins, 1995).

Perhaps Lee should not have been surprised by this negative response from journalists who could see that if he was successful then he might manage to cut them out of the picture and even do them out of a job.

In any event, Ivy Lee refused to give up at this first sign of opposition and in 1906 published his first book, the Declaration of Principles, in which he set out very clearly the philosophy that he was trying to adopt. In his Declaration Lee promised the transparent supply of prompt and accurate information about clients to the press and public of the United States (Lee, 1906).

The advice that Lee gave to his clients, including many large companies such as Standard Oil and the Rockefeller Corporation, was to tell the truth to journalists because sooner or later the public would find it out anyway.

He also advised them that if the public did not like what they were doing they should change their policies and bring them into line with what people did want (Hiebert, 1966).

This promise of a high regard for the truth, rather than a complete disregard for it, was a whole new model for public relations.

This truthfulness is supposedly what set the new public information breed of public relations advisors apart from the manipulative propaganda of the early press agents and publicists (Grunig, 1992).

But this benign analysis of public relations history is not shared by everyone and other academics, in particular the critical theorists, reject the idea that public relations is always a force for openness and truth. Instead, they argue, public relations agents generally work on behalf of corporate or government clients to retain their powerful and elite position in society, manipulating facts and perceptions as required to achieve this end.

For these theorists, such as sociologists David Miller and William Dinan, Ivy Lee was not a model of the new truthful public relations at all but in fact a just a high profile example of all that was and still is still wrong with the profession.

In their book A Century of Spin: How Public Relations Became the Cutting Edge of Corporate Power Miller and Dinan detail two very serious accusations against Lee that we will look at next time, one involving the massacre of striking miners and their families and the other involving collaboration with the Nazis. (Miller and Dinan, 2008)

Ray Hiebert – Courtier to the Crowd: The Story of Ivy Lee and the Development of Public Relations – Iowa State University Press (1966) 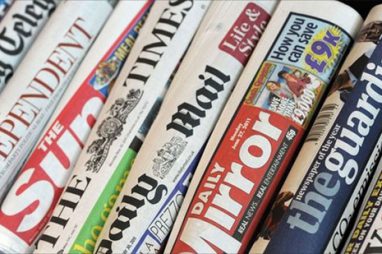 How to write a news release

Our Guide to News Release Writing is available now to PR Place members.

How to develop and write a communication strategy

Download our free guide to developing your communication strategy including a free comms strategy template. 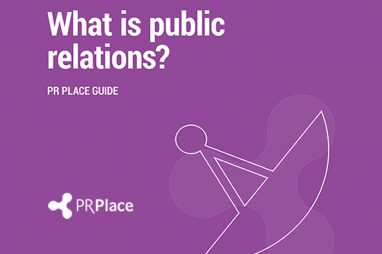 What is public relations?

We introduce our latest free guide, to definitions and paradigms of public relations.