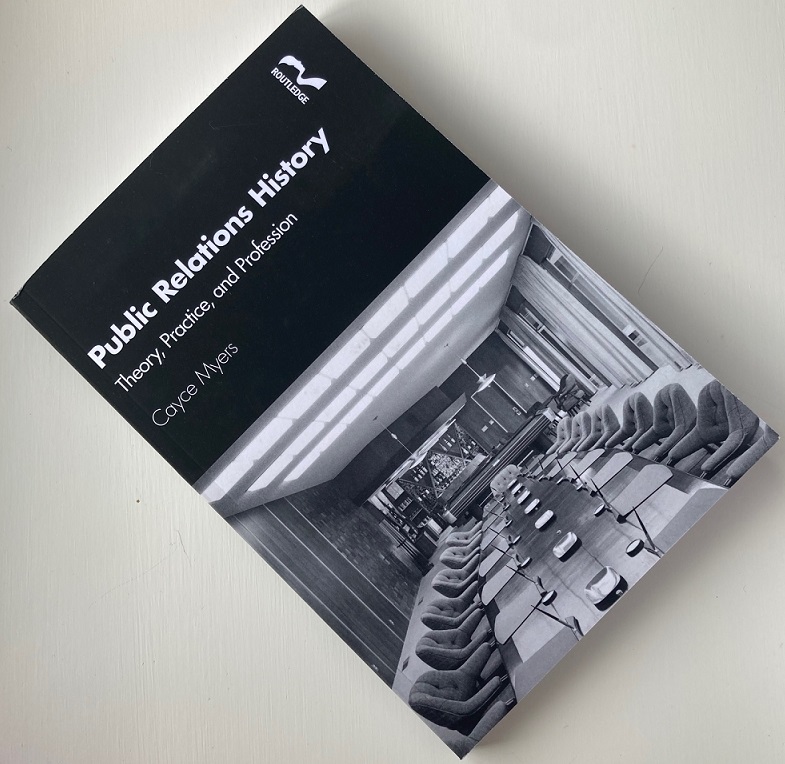 If, like me, you have been missing the annual summer trip to Bournemouth for the International History of Public Relations Conference, then this new book admirably fills the gap.

It’s an impressive exercise in clarity of thought and brevity of expression. So we have a short history of what is potentially a large subject. Because, as the author notes, almost every form of communication throughout history could, depending on your definition of the field, be considered  public relations. The alternative would be a narrow and exclusive history focusing only on the professional institutions or the lives of a self-selecting elite of ‘great white men’ and limited to the past century.

So this is an conceptual overview of the subject rather than an exhaustive treatment such as Scott Cutlip’s 800 page The Unseen Power published in 1994.

What the author does is argue for the importance of studying public relations history.

Two chapters address the much-discussed overlap between propaganda and public relations, and another looks at the similarities between publicists and press agents (‘the most maligned and misunderstood figure in public relations history is the press agent’).

The brevity is admirable, aided by the use of endnotes rather than academic references. I found myself reading it slowly and carefully, which meant I became aware of several minor errors.

These errors are easily corrected and do take much away from this admirable and intellectual overview.

Perhaps this book’s title is misleading.

Educators will also find the discussion questions at the end of each chapter useful prompts for student seminars (example: ‘Is advocacy of a cause automatically propaganda? Does a speaker have to present all sides of an issue to avoid being labeled as engaging in deceptive communication?’)

The final chapter is called ‘The Future of the History of PR’. This paradoxical phrase only makes sense if you understand that this book is historiography rather than history. ‘It is clear that public relations history has reached a state of maturity where it has an overarching viewpoint and solidified themes. While not monolithic in approach, the current status of public relations history embraces a diversity of theoretical perspectives.’

It’s good to see Tom Watson, who established the International History of Public Relations Conference (IHPRC), widely cited, as is Myers’s doctoral supervisor Karen Russell, though I saw no mention of her IHPRC keynote injunction to ‘Embrace the Embarrassing’. Myers has done it here by rehabilitating entertainment publicists, frequently presented in conventional narratives as belonging solely to the unethical past of public relations.