Drama and troubleshooting in consultancy life 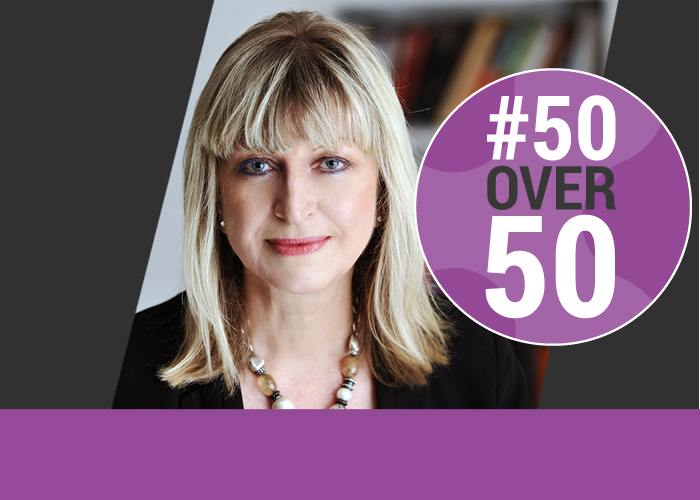 ‘Since 2015 I’ve been Alison Clarke Consulting Ltd,’ she tells me. ‘I have a portfolio career as an adviser to a number of non-competing consultancies. I also take on troubleshooting projects and deliver training and development around building a better business (new business pipeline; improving pitch win ratios; improving sales rates, business mentoring).

‘That’s the PitchWitch proposition’ (her Twitter handle is @pitchwitch). ‘It comprises a number of different aspects of building a better consultancy business.’

‘At the helm of a large consultancy you do end up with a lot of paperwork and reporting; this is to be expected but it’s quite nice to bring to the fore your core skills again. What I do is wholly appropriate to my age and stage. I don’t want to be running a consultancy any more.

Anyone with a portfolio career has choices – and perhaps more choices than under a classic, structured employment regime. One can say yes or no to things and politely decline things.

‘I started my career as a graduate sales trainee with Pedigree Pet Foods (a division of Mars). As a graduate trainee, you get exposure to lots of different things – including my first introduction to external relations. The focus on selling has done me no harm in my later career.’

‘I was an Arts graduate who had been studying literature and drama, and gained my first exposure to business. As a result of that, I moved into consultancy and I’ve been in consultancy ever since.

‘I was lucky: I fast-tracked through consultancy and was an MD at quite a young age and I’ve always enjoyed leading larger teams and working internationally with multinational clients. Once I found that path I’ve enjoyed every minute of it so I’ve never considered moving away from it.

Alison talks about being especially fulfilled in her role from the year 2000 running Weber Shandwick Asia Pacific out of its Singapore office, describing this as ‘a phenomenal period in my life, exciting, truly international spanning 12 countries from Japan to New Zealand, living abroad, learning new cultures. I hope I brought a lot to the role, but I also learnt a huge amount.’

‘There was a sense of best practice coming from a more sophisticated market – back then – combined with a dynamic in that region that was so much faster. I would reflect back on some of my pan-European work and it would seem positively ploddy by comparison to the speed with which things were expected in Asia, albeit very much more transactional and with less of an emphasis – then – on strategic counsel.

‘It was a combination of bringing areas of knowledge from a more mature market and learning from an incredibly dynamic market.

‘I think the reputation of in-house and the desire to move in-house is stronger now that it once was, but I personally think the strength of both will continue because they are very different.

If you’re in-house you have deep knowledge, a greater detailed understanding than any consultant can ever have. However, what a consultant brings is a breadth of experience having worked with multiple organisations within a sector, or having a particular specialism within comms that has been applied across multiple sectors.

‘I know consultants who would never go in-house because they love the breadth and being thrown a new challenge to solve. You can give counsel and walk away and not get bogged down in the corridors of power.

‘I have never felt that my gender has been a barrier to my progression or that I was being judged on my gender. I’ve been very fortunate. I’ve believed from my first role at Pedigree Pet Foods onwards that it’s a meritocracy.’

‘But I was once offered an interview by PR Week Asia because the reporter wanted to talk to women at the top. I had to point out that though I was very senior as head of a region, I was not at the top. At the time the CEO of Weber Shandwick was male; the CEO of holding company IPG was male.’

‘There are some senior and super-successful women in the big PR agency network groups, but the reality is that the vast majority of global leadership roles are held by men.

‘We should all be doing more to promote equal opportunity. The profession should be doing far more to promote non-graduate entry; and I think we need to do far more to get it on the radar of school kids because there’s insufficient outreach to schools. Most school kids have never heard of what we do, let alone understand it. I’m all for broadening our appeal amongst a broader range of society and that of course includes a better gender balance.

‘I learnt far more as a graduate trainee than I realised at the time. I’ve also learnt a huge amount by osmosis from some of the industry’s best.

‘I deliver regular workshops on ‘building a better business’. What I bring to training workshops and mentoring is practical experience. I’ve learned as much by getting it wrong as getting it right.

My worst mistake? I’ve made some terrible hires as well as some very good ones. We’ve all got our pitch nightmares. I’ve had one big client moment when something went horribly wrong and it was embarrassing, but we didn’t lose the client. I’d say it was a dramatic experience rather than a great mistake!

Alison talks about her passion for theatre as her ‘biggest interest’. ‘I have missed the theatre and can’t wait to be back.’

Does her skill in pitching stem in part from her interest in performance, I wonder?