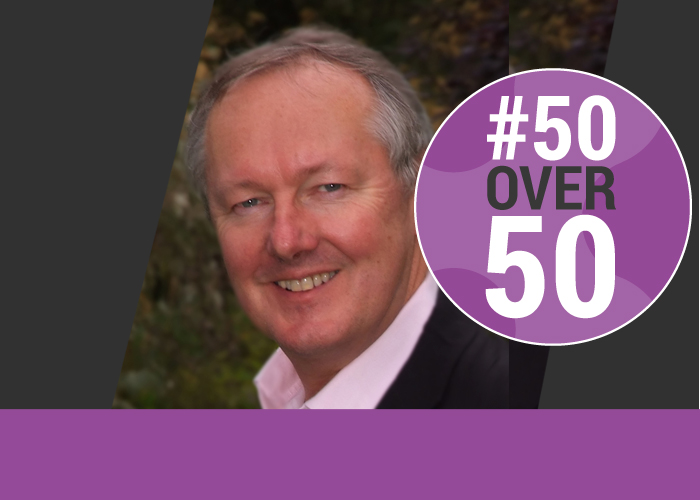 Mike Pounsford tells a revealing story from his time running an agency within Sir Martin Sorrell’s WPP marketing services business (he describes Sorrell as ‘a brilliant man but a very demanding boss – totally focused on the business.’)

Following a presentation at a company away day, Sorrel asked Pounsford how he thought it had gone. ‘It was great, but there was a bit too much on the numbers.’

‘But the numbers are all important’ retorted Sorrell, ‘you have to understand the numbers.’

‘Yes, but it’s also about the people – it’s about motivation.’

Both are right, of course, but they come from different perspectives, and Mike Pounsford has been championing taking a hard-headed view of the soft art of employee engagement and motivation for several decades.

That’s not where he started, but he soon found his distinct path in a career that combines comms with management consulting that has led to him advising many prominent organisations in the public and private sectors.

Today he runs his business called Couravel which he describes as a change and communications consultancy. ‘The work typically involves helping companies work on their vision, communicating their strategy, listening to their people, facilitating groups,’ he tells me. ‘This starts by asking what do we want to achieve, who do we need to talk to?, what do we want to ask them?, what outcomes do we need?’

Often the work involves bringing diverse groups together to define and agree shared goals and then developing a strategy to involve people in conversations that move them towards the business objectives.

Pounsford accepts that this sounds far from people’s understanding of internal communication, and explains that ‘I’ve put together many internal comms strategies, but I wouldn’t be strong at the channels stuff.’

Yet he has worked up towards this specialism through a variety of roles. ‘After university, I spent time in a sales role but wasn’t very happy doing that. Then I formed a startup PR agency, AMPR, with the ex-editor of Marketing magazine, as part of a bigger group. Within three years we had about 10 people working for us. Our client base was industrial PR – business-to-business PR. Our job was to build profile and generate sales leads for clients – and I got really bored doing it!

‘It was great that we were successful – but I didn’t feel what we did was really important. Yet we’d been asked to produce an internal newsletter for part of the Mars Group, and I remember being drawn to that job – interviewing employees and the HR director – and thinking ‘this is interesting.’

‘At that point I met someone doing management consultancy for one of the big firms, and when she described what she did I thought ‘I really like the sort of issues she’s describing’.

‘So I went to London Business School to do an MBA with a view to switching into management consultancy.

At LBS I hadn’t particularly enjoyed the finance courses or the strategy courses: what I really loved were the people courses. They were the ones dealing with the really hard problems and difficult issues.

When I left London Business School I joined the firm then called Towers Perrin within their communication practice. They were attracted to my PR background and I spent six years there.

I got into employee research there – a new thing in the UK at that time. Even within the firm there were people who didn’t get why we would go and talk to people, and develop surveys and do audits. I helped to build a successful research practice – and gradually people began to get it and its role in employee benefits and rewards and remuneration.

‘Our attitudes to the people side of the business are completely transformed from what they used to be. Though I still think that in many organisations the struggle between growing the business and looking after the people is one of the core dilemmas. It will always be like that.

The war for talent is coming back – but has that message landed? Some people still think we’re going to settle back into what it used to be like.

In 2001 Pounsford set up his own change and communciation consultancy – Couravel – which he still runs today.

‘I’d left Towers Perrin and gone to another consultancy. After about four years we were on the verge of a management buy out but I was approached by WPP to set up a new business for them – which we subsequently called Banner McBride – because there was a gap where they lacked internal communication expertise.  It was the right place to be at the right time and there was a great fit with the PR agencies such as Hill & Knowlton who were keen to build internal into their pitches. The ad people and the brand people in particular were concerned about bringing company values to life.

‘It made sense: there’s no point broadcasting a proposition that your people don’t believe in and can’t deliver.’

His focus on internal communication and employee engagement, and his work for international clients means that Pounsford has found a natural tribe within the International Association of Business Communicators (IABC).

‘My IABC affiliation goes right back to my Towers Perrin days because a boss there encouraged me to get involved with them and I liked the internationalism and the strong internal focus. IABC members also tended to be the more senior and strategic players.’

Pounsford is also a member of the NTL Institute for Applied Behavioural Science which he says is important in the change arena; and he’s a member of the International Association of Facilitators.

He remains actively involved in researching employee attitudes, and he’s currently updating the Who’s Listening report alongside Kevin Ruck and Howard Krais. Communication managers are encouraged to sign up for one of their November focus groups – with findings to be made available to participants.