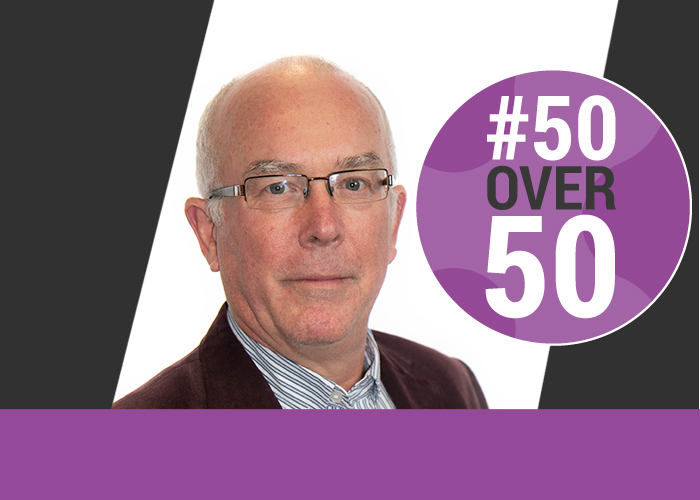 Paul Noble has become a well-known name in public relations circles as an educator, author and trainer since joining the industry in the late 1970s. But did you know he’s also a humanist celebrant and long-distance walker (having completed the 630 mile south west coast path in stages)?

He’s retiring from his public relations roles at the end of this year, though some may continue to enjoy his convivial presence as he plans to continue presiding over weddings and funerals in the coming years. (‘Weddings are easy’, he observes. ‘It’s not that funerals are harder, it’s that you can add more value as a celebrant.’)

These disparate strands in the fabric of a career do have a pattern – and networking is a key theme. Paul turned from practitioner into educator and trainer through CIPR training and professional qualifications. He was encouraged to become a humanist celebrant because he’d been delivering training for the Foreign and Commonwealth Office alongside Caroline Black, who was also a trainer for the Humanist Society.

Location and opportunity is another (‘being in the right place at the right time.’) He’d been working in Bournemouth for Abbey Life and had already given a guest lecture to students; so when he was made redundant, it was easy to accept an invitation to lecture on the new Public Relations degree course at Bournemouth Polytechnic (now university). As that course grew in numbers and prestige, Paul’s role increased.

Meanwhile, living just 45 minutes from the coast, he was inspired to take on the coast path walk which runs from Poole in Dorset to Minehead in Somerset. He has now completed all the stages (he tells me he’s a ‘completist’.)

Some strands in the story are stronger than others. The focus on research, planning and evaluation is one. This has led to three editions of his book Evaluating Public Relations written with Tom Watson, and to his delivery of the AMEC qualification through PR Academy. Another strand woven through his career is the interconnection between theory and practice.

‘The major fault of evaluation in the early days was that it was completely output-oriented. People would also position outputs as outcomes (‘the substitution game’).

‘Around that time [US scholar] James Grunig had noted that most people said they believed in evaluation, yet they continued to sin.’

When the history of measurement and evaluation comes to be written, the Barcelona Principles of 2010 will come to be seen as the real start point for proper evaluation.

‘The Barcelona Principles are a guide. The Integrated Evaluation Framework is those principles in action.’ There’s the theory-practice connection.

‘On the AMEC course, the assignment encourages participants to use evaluation to improve future communications. That’s different from what we were doing a decade ago.

‘Evaluation is a research discipline. In order to be a good evaluator, you need to be able to do some research. I’ve tried to spread the word about research, and as something that’s not nearly as difficult and academic as people think.’

‘You don’t have to use an expensive research organisation. You can start with ‘dirty data’ that’s not reliable. Then you have to triangulate as a way of making your dirty data clean.’

Paul is a master of explaining complex concepts simply. That could describe the role of public relations and communication; it also describes the role of an educator and trainer.

‘One of the things I was frustrated by as an educator was that people got frightened by theory. But theory is simply a collection of practice. I would say in my classes and courses: if I’m describing a theory and you don’t understand it, then ask me for an example in practice. If I can’t give you one, then I don’t understand the theory.’

‘One of the best things about the Bournemouth course was the placement year. This goes back to the theory and practice concept; they are effectively two sides of the one coin. On one placement visit I bumped into a different graduate. Paul, he said. Do you know what they call me round here? No, I said. Managing director!’

1979 to 2020. The span of Paul’s career in communication is illustrated by a technology memory from the early years. He recalls the excitement generated around the launch of the pioneering Osborne 1  ‘luggable’ computer – complete with a small suitcase – that was exciting new technology at the start of the 1980s. The company grew fast but collapsed in the space of a few months as this design was soon overtaken by devices from IBM, Compaq and Apple. I wonder what became of Apple?