Crisis-proofing your organisation in turbulent times… 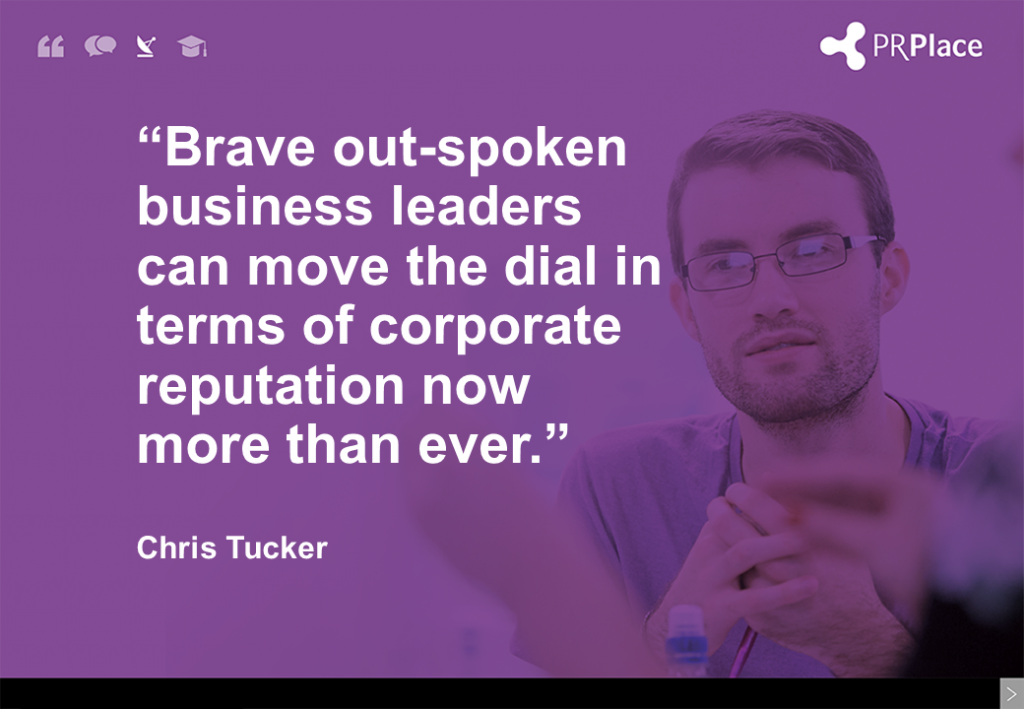 …means heads out of the sand and above the parapet.

It’s that time of the year again when the great and good gather in snowy Davos to debate world events. One regular publication that comes out with the aim of riding on the coattails of this event is the annual Edelman Trust Barometer. It is a robust survey of 33,000 people world wide and for me it is a good backdrop to what I call “the crisis context” i.e. what is there lurking in the undergrowth that could jump out and plunge your organisation into crisis mode. This year though I feel we are also seeing a real opportunity to not just protect but promote corporate reputation.

Firstly, the most obvious conclusion from the Barometer is that we are living in times of unprecedented volatility. The most striking illustration of this internationally is a collapse in trust in US institutions by the American people, down 37 percentage points. Conversely Chinese institutions saw a turbo-charged rise in trust of 27 percentage points. It may not take us long to work out the drivers behind each of these findings.

Drilling down to the UK results we find only 20 percent of UK consumers expect their standard of living will improve. Concerns about the NHS, the rise of extremism and economic uncertainty are all destabilising factors. Three in five feel their views are unrepresented in UK politics – that would make another general election very hard to call. So, there is a vacuum of trust but could this be an opportunity for corporate entities?

In terms of insulating your organisation against continued turbulence it may be time to get heads out of the sand and above the parapet.

One company that has done this to great effect recently is Dyson. Last year Dyson came from 32nd place to head up the list of the top 10 most reputable brands in the UK. As James Bickford, Managing Director of the Reputation Institute that carries out the research, said at the time:

“Having a positive influence on society is now the third most important attribute, behind having high quality products and being value for money. In order to have an excellent reputation it is becoming imperative for businesses to successfully communicate societal value, openness and fairness.”

James Dyson, the eponymous founder of the electronics giant, has not shied away from controversy choosing to speak out loudly and often in favour of Brexit. Not content with championing this cause alone, only days ago Mr Dyson chose to wade into the row around farm subsidies with a letter to The Spectator magazine.

Choosing less controversial ground Unilever has for years sought to position itself as a champion of sustainability and good corporate citizenship. As Paul Polman the company’s business leader proclaims on his LinkedIn page:

“As CEO of Unilever, my personal mission is to galvanize our company to be an effective force for good.”

And more recently we saw Pret a Manger’s CEO, Clive Schlee, get ahead of the curve on the concern around plastic coffee cups by doubling the discount customers can benefit from if they bring in their own reusable cups. It was a big announcement managed and delivered within a very short time period following BBC’s Blue Planet programme featuring sea creatures entangled in plastic.

So brave out-spoken business leaders can move the dial in terms of corporate reputation now more than ever. Given that the Barometer also discovered a collapse in trust for social media – only 25 per cent now trust social media as a source of news and information – over to you Mr Zuckerberg and Mr Page.

The author, Chris Tucker is the course leader for the PR Academy Professional PR Diploma and Crisis Communication Diploma.