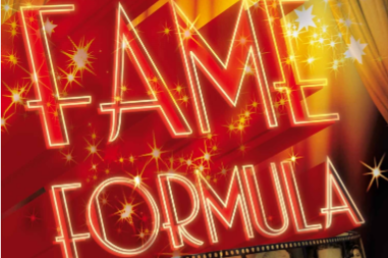 There’s a cartoon in the current 20 April 2018 issue of Private Eye. A man-in-suit sits underneath a sign reading ‘P.R. Dept’. On his desk there are two full in-trays: not ‘in’ and ‘out’ but ‘Spin’ and ‘Spout’.

It’s a crude and outdated stereotype. There’s less media relations than twenty years ago, and most of those working in public relations today are female. Talk of spin is beginning to feel like a historical memory.

Yet it’s a useful reminder that we have little credibility when we talk piously about fake news being of someone else’s making, and claim to be part of the solution but nothing to do with the problem.

Like addicts, we first need to address the problem. We need to move beyond denial.

Public relations does have a colourful past. There’s the PT Barnum (‘The Greatest Showman’) school of publicity-as-entertainment.

There was a famous academic attempt to distance this practice from professional public relations in the Four Models of Public Relations. Scholars James Grunig and Todd Hunt rooted this practice in the nineteenth century and suggested that it was replaced in the twentieth century by more honest ‘public information’ and by more sophisticated two-way communication using the persuasive asymmetric approach or the more ethical and professional two-way symmetric approach.

Yet attention-grabbing stunts are arguably more used than ever today, such is the challenge to ‘cut through’ and bring attention to a product, service or cause.

So is it just a historical problem? Debates about persuasion and propaganda are more alive in 2018 than at any time I can recall. We have a shorthand term to describe the problem: ‘fake news.’

So let’s explore the embarrassing truth of public relations and fake news. It’s a necessary first step towards recovery.

Press releases are a form of fake news. They may not contain blatant lies and deceptions (those could be easily rebutted), but they are written in the style of a news article in order to promote one perspective (personal, political or organisational). A Nick Davies, author of Flat Earth News, argued – they can at best be accurate, but not truthful, since the press release will never provide all perspectives on the story. The journalist needs to provide this perspective.

Our language reveals the fakery: we use metaphors such as ‘launched’, ‘announced’ and even ‘unveiled’ to make the promotional purpose sound like hard news.

When journalists outnumbered public relations practitioners, the ritual of sending releases to news desks made sense. There were people capable of reading them – and reading between the lines to interpret not only what was being said, but what was being omitted. Most were filtered out, and the rest were fact-checked and run past others who could give alternative interpretations (competitors, analysts, trades unions, activists). This made for a rounded, truthful story.

Now that journalists are outnumbered by PR practitioners and now that press releases can be circulated direct to the public without the traditional gatekeeping role of the news desk, then you can see how easily fake news can emerge unfiltered. Most members of the public are not trained to view sources with scepticism. Most people on social media are only giving split-second attention to sources, and are more likely to endorse something out of the ordinary than something ordinary. Hence the bias towards circulating fake news.

The problem of public relations and fake news was memorably described in The Cluetrain Manifesto in 1999 (the authors used phony in place of fake, but proceed to a discussion of fake news. It’s not new!).

‘Everyone – including many PR people – senses that something is deeply phony about the profession. And it’s not hard to see what it is. Take the standard computer industry press release. With few exceptions, it describes an ‘announcement’ that was not made, for a product that was not available, quoting people who never said anything, for distribution to a list of people who mostly consider it trash.’

‘Dishonesty in PR is pro forma. A press release is written as a plainly fake news story, with headline, dateline, quotes and all the dramatic tension of a phone number. The idea, of course, is to make the story easy for editors to ‘insert’ in their publications.’

Three decades earlier US author Daniel Boorstin described the way politicians could dominate the news agenda by staging news conferences timed for the news schedules. He described these as pseudo-events (using the Greek word for fake).

If you’re still in denial, let me ask one final question. What’s your ethical basis for using April Fool’s Jokes in public relations? Aren’t these simply examples of fake news designed to mislead?

If your defence is that they’re harmless fun designed to entertain, then that’s the same defence used by celebrity publicists through the ages. What’s truth got to do with it? That’s entertainment!

We have a fake news problem that’s related to the problem of trust. Rather than denial, recovery needs to start with an acknowledgement of the problem.

It’s not a problem uniquely of our making, and nor is the whole solution in our hands. But it’s not one we can ignore any more.