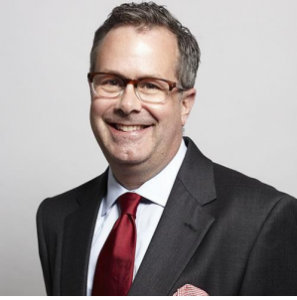 Think of a successful public relations consultancy. Who comes to mind?

Consultancy practices do not sell themselves on price; they tend not to advertise. Instead, they seek to attract new business (and new employees) by being highly regarded and assuming a leadership position in their industry.

So Edelman’s annual Trust Barometer, published to coincide with the Davos meeting, is a good example of thought leadership. It provides a platform for the consultancy to gain global headlines and an opportunity to talk to ‘movers and shakers’ about issues of trust and reputation.

But my case study demonstrates thought leadership through a series of smaller projects and initiatives. These smaller initiatives are not random: they’re clearly coordinated. Let me demonstrate.

Catch Ketchum if you can

Stephen Waddington, Ketchum’s chief engagement officer, is a prominent industry leader. Past president of the CIPR, he led the team that published the second #PRstack book last week. He’s a good example of someone who gives rather than takes. Today I’ve admired his blog post challenging us to learn new skills in 30 days. I’ve also praised his #prbullets project which is an excellent educational resource.

But it would be easy to dismiss Waddington as a one-off, or his role as an indulgence that only a large network could afford. Yet I can’t because it’s part of a pattern.

His boss David Gallagher heads up ICCO, the international PR consultancy body. Today, I’ve read his introduction to The PR Professional’s Guide to Measurement developed by AMEC, ICCO and the PRCA.

Indeed, this publication also has contributions from his Ketchum colleagues David Rockland and Allison Szeliga.

The other links are more random or personal. A 2015 PR graduate I’ve taught is now working in Ketchum’s Corporate, Technology and Public Affairs practice in London. And today I also shared Ketchum’s head of HR’s announcement of a vacancy for a paid three-month internship in the brand practice (also in London).

Clearly, Ketchum is keen to bring in and develop new talent.

Finally, I noted someone on Twitter praising a recent post by Barri Rafferty on Ketchum’s blog (but didn’t find time to read it myself).

Other large consultancies have noteworthy initiatives (eg Edelman’s support for educators in the US) and impressive leaders (eg Weber Shandwick’s Colin Byrne and Grayling’s Alison Clarke) – but none manages to bring itself to my attention quite so often at present as Ketchum. This feels like a lot of ‘touch points’ for one day.

This effort to establish thought leadership in the industry costs money. Ultimately the firm will have to justify this through its new business pipeline, or stronger client relationships, an enhanced reputation or reduced cost of recruitment and improved staff retention. But these are simply the ways that any organisation should evaluate its use of public relations and corporate communication (I told you I had measurement on my mind today, thanks to Gallagher et al).

It’s a currently a good (and surprisingly rare) example of public relations being applied to the business of public relations. And it has lessons for other professional services businesses (eg lawyers, accountants and management consultancies) that realise that public relations techniques offer them greater value than marketing