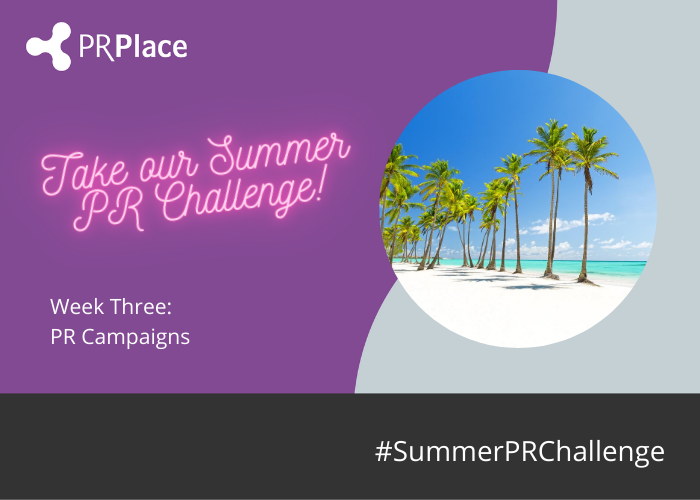 Your boss or client asks you to issue an announcement and secure some media coverage. Or they ask you to create some content and gain some backlinks from high authority websites.

You do as you’re instructed and achieve some impressive coverage and links. Job done.

Well, you’ve done something: you’ve shown your tactical competence in media relations and digital PR, but you’ve only gained insight into one small part of public relations.

To see the bigger picture, you need to understand that media coverage or links are sought not for themselves, but for what they can help achieve. They’re just a small part of a campaign that seeks to change something.

The change could be that a company wants to sell more of its products, and it uses public relations and digital PR to boost demand. Or a charity could be seeking to raise awareness of a problem in society in order to enlist supporters and raise funds.

Either way, the media coverage or the links are not ‘job done’. They’re just one means to achieving some desired outcome.

(I’m not dismissive of the role of publicity. It was our focus in week one  of #SummerPRChallenge. But if you’re only interested in gaining publicity, then this is no great challenge as long as you give up focusing on ‘good’ news. You’ll find it more productive to pick a fight, take a stand, or contrive a stunt. The consequence of chasing publicity at all costs can be a race to the bottom – but it will get you talked about. Just look at the mixed response to Unliver’s ice cream brand Ben &Jerry’s stance on the treatment of migrants.)

I’m encouraging you to look beyond the coverage or the link building and keep your eye on the desired end point. Only by focusing on this desired change can we really understand the value and the contribution of public relations.

A campaign can be broken down into five stages:

As we saw in our week one challenge, one way to understand public relations is to view it as being about influence. We seek to influence people to change their behaviour, whether it’s to buy our product, or to support our good cause, or to take more exercise or eat more fruit and vegetables.

So let’s work through a campaign example.

Situation: One of the risk factors during the coronavirus pandemic is obesity (the problem); yet data shows that almost two thirds of adults in England are overweight and one in three children leaving primary school are overweight or obese. So the aim of the campaign is to encourage people to take steps to improve their health and fitness. There are many strands to this campaign: it involves legislation to ban TV and online advertising of ‘junk foods’ that are high in salt, sugar and fat before 9pm; and end to ‘buy one get one free’ deals on these foods; the display of calories on menus when eating out at restaurant or takeaway chains; and a campaign to encourage people to lose weight, get active and eat well. You can see the complexity here: there’s more to the campaign than communication. Stakeholders include food manufacturers, retailers, restaurants and takeaways, members of parliament (who will be asked to pass the necessary legislation). It also involves several government departments and the National Health Service. We don’t have the details, but this all implies a major national campaign involving many different agencies and requiring a large budget. How will we know if it has succeeded? The government has data on the current levels of obesity, so can measure against these. Above all, the coronavirus infection and mortality rates are being monitored – and the ultimate aim of the campaign is for people to remain healthy and for the NHS not to be overwhelmed.

#1 challenge: Identify a communications campaign and analyse it as I have done with the government’s new campaign on obesity.

An easy starting point is to find an award-winning campaign (eg PR Week awards; Provoke Media’s Sabre awards; or Cannes Lions awards). But note that the awards submissions will be focused on the role of public relations and communication, whereas my example shows there are multiple strands in large campaigns.

The reality is that public relations is often used not for short-term objectives such as product sales, but for the maintenance of reputation and relationships over the long term. The purpose is for organisations to retain trust and to maintain their licence to operate. In this context, public relations is used less for positive publicity than as protection against bad events.

#2 challenge. Research a current crisis involving an organisation. What actions did it take to retain or regain public trust?