The time has come for digital careers advice

Laura Capesreed studied for the CIPR Professional PR Diploma with PR Academy. This article was written as part of an assignment.

Since its birth 30 years ago, the worldwide web has transformed our lives and the world in which we live.

Many studies have found that the first thing most smartphone users do every morning is check their social media apps – before even getting out of bed. We are now able to connect with different people – many we’ve never met in real life, in ways unimaginable by previous generations. Whether we are sharing photos, shopping, chatting or scrolling through the lives of others – the possibilities are endless. Is it therefore time that the world of careers advice caught up?

It’s unanimously agreed by educators that careers advice is vital to the growth of the country and social mobility, but does it need to be face to face?

Does the Government need to shell out over £6m a year on careers advisers delivering face to face careers advice across the country? Perhaps the money could be better invested into improving digital tools – that’s what people want these days isn’t it?

Could PR professionals do more to encourage those of us with seemingly clear career paths to invest a bit more in career planning? Most of us manage our lives through digital applications – from online calendars to banking apps – there isn’t much that can’t be done through a smartphone. So if we are spending so much time on our phones, could we be accessing content to help us made career boosting changes to our lives? Perhaps – if we thought we could get something out of it then we might take it more seriously.

Most people’s expectation of careers advice is that it is inevitably about people advising other people, not a process about engaging with a computer or a smart phone. This is in many ways true – every good quality careers intervention is fundamentally user led and responds to the needs of the user. It’s about understanding what a customer wants, what experiences they have and identifying the best way for them to realise their ambitions. It’s about helping the user to realise more about what they want from their career – even if they don’t yet know it themselves.

The key questions is do people want, or have time, to carry out this sort of conversation face to face with a careers adviser? Would they rather find out this information online at a time convenient to them – whether it’s as soon as they wake up in a morning or just before going to sleep at night.

In a recent Jisc survey of 37,720 students, 73% of respondents agreed they are more independent in their learning when digital is used. A further 67% agreed that digital approaches help them to fit learning into their life. Going digital is becoming common practice- and the notion of a digital careers service has already been coined – in fact the National Careers Service is already creating a range of digital tools in the hope to encourage new users to their site.

Many well motivated digitally capable individuals that need careers advice are capable of researching and exploring their needs and options themselves – they don’t need handholding. But don’t humans thrive best when they have strong, positive relationships with other human beings? Old fashioned social interaction is healthy, can the same be said about social interaction completely mediated through an electronic screen? Some research has shown that self-comparison can be a strong influence on human behaviour, and because people only tend to show the ‘best them’ on their social channels, we often have distorted views on how fantastic others’ lives are compared to our own seemingly vanilla existences.

We tend to associate social media usage as something done mainly by young people. But are some young people becoming increasingly bored of social media? A survey over 9,000 internet users from the search firm Ampere Analysis found that many 18-24 years olds had experienced an attitude change around social media with in 2018 just 57% saying ‘social media is important to me’ compared to 66% of this demographic saying the same in 2017. However as some young people start to reject social media the 45-plus age bracket embrace it more – with an increase in value from 23% to 28% in the past year, according to Ampere’s data. So is social media the place to deliver careers advice?

Whether young people are still interested in social media or not, the Mintel Europe Consumer Trends 2018 report found that automation is encroaching on youth employment prospects. There are many job categories under threat including many ‘first job’ type positions such as in telemarketing and cashier roles. The report also showed a growing understanding of the digital pressures facing young people and how parents are adding to these problems. In the UK studies by Ofcom and the University of Sheffield have shown that the amount of time young people aged 8-15 spend online has doubled in the past decade and that by spending just one hour each day on social media reduces happiness indexes by 14%. The growing levels attention around the negative impact of social media means this generation may well be more mindful of their usage – so how can we encourage them to channel their energies into looking at career related content?

Stats on usage of social media outlets can often contradict each other – but stats on the usage of smartphones are hard to ignore. YouGov have been examining Britain’s increasing addiction to our phone and the changing ways in which we connect with one another. In a recent survey they found that 55% of Brits can’t even eat their dinner at home without checking their phone – 53% even have a look when eating dinner out. Even 62% of parents with children admit to checking their phones whilst having their family dinner. The survey showed that 65% of is check our phones before going to bed, 45% do if they wake in the night and 86% look at their phone whilst watching TV. Most young Brits can’t go a day without their mobile phones. With so much time devoted to looking at our phones why not spend it researching ways to boost your career? Whether you’re scrolling through job adverts or sprucing up your CV – surely there is a career boosting activity we could all be doing.

The purpose of careers advice is to help people become more independent, to take control of their lives, to establish plans that can help them have the skills to earn more and be less dependent.

Careers advice is intended to help people change their circumstances and change their relationship with the world. So how can we make sure that when people are staring at their phones, they are devoting some scroll time to career management activities?

At the start of the year the #10YearChallenge went viral across multiple social media platforms such as Twitter and Instagram. In this challenge participants show two images side by side which were taken at least 10 years apart. The overall message being to show the world that you look better than ever – despite being 10 years older! This is light-hearted and fun – but how can careers professionals tap into this sort of activity and use it to encourage conversations about career development? The answer came during National Careers Week – a week in March devoted to celebrating careers information, advice and guidance. During this week the National Careers Service launched the #10YearCareerChallenge – a play on the #10YearChallenge that aimed to encourage people to reflect on where they were in their career 10 years ago compared to the present day. Does this kind of activity work? Seemingly yes – it does. Visual storytelling is a valuable tool for short attention spans – and micro moments like this can lead to more meaningful engagements.

But will people trust careers advice sought digitally as much as they trust verbal advice? Do they trust their smartphone more than the presence of another human being? PR agency Edelman publish an annual ‘trust barometer’ which looks at trends in trust across industries, sectors and countries. The 2019 barometer revealed that trust has changed profoundly in the past year – people have shifted their trust to the relationships within their control, most notably their employers.

In 2019 we’ve seen an in increase in engagement with the news – 40% of people not only consume the news once a week, they also routinely amplify it. However people are also increasingly worried over fake news – a well-known example being the example of a recent incident involving a gunman at a Washington pizzeria.  Stories that are seemingly truthful compel people to click on to read more – but where do they come from? Fake news is made up to attract maximum attention and with it, advertising revenue.

Despite the potential for online crisis, there is a place for digital careers advice. We live in an increasingly busy world- with more to experience and more pressures than ever before. Most people simply don’t believe they can take the time out of their lives to visit a careers adviser – nor would they even think to do it. Providing careers advise digitally – whether it’s through reading about different career options, watching short video clips or even chatting ‘virtually’ to a careers adviser through webchat will open up careers advice to millions more people across the country. Much of this information and advice is already available – it just needs to be better promoted to people know to look for it. So what are you waiting for, when did you last update your CV?

Laura wrote this article as part of her CIPR PR Diploma qualification. Want to get qualified too? Find out more. 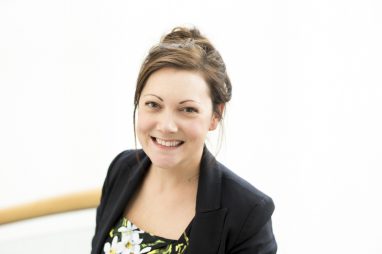 Guest contributor Laura du Plessis sets out how the concept of 'personal brand' could be used effectively by leaders within higher education. 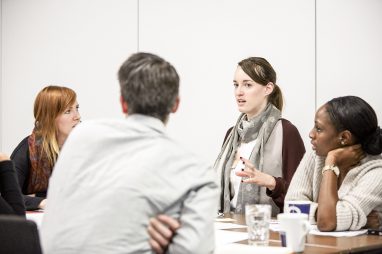 Those who can, do…

Professional qualifications can be a way to fast track your move from doing to advising.