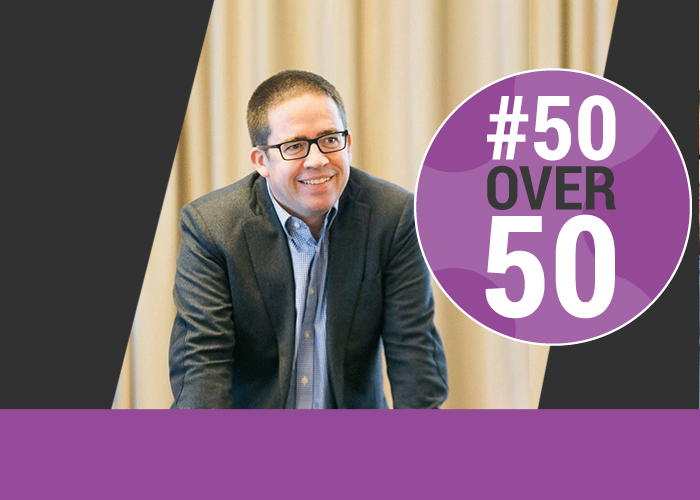 ‘Without a plan, how can you measure what you wanted to achieve?’

Richard Bagnall, global communications evaluation trade association AMEC’s chair and co-managing partner of CARMA International, was talking to me about the public relations industry’s weakness around planning which inevitably leads to a blind spot around evaluation.

Yet you can’t paint him as the only geek at the party, the numbers man in a world of creative ideas and communication outputs. His big secret is that after 25 years of running data and analytics businesses, he still can’t create a pivot table in Excel. Richard credits the teams he builds around him with these skills and pays special tribute to his business partner of 25 years, Paul Hender, a Physics graduate, as having the necessary complementary skills in data, coding and analytics.

By contrast, Bagnall is front of house specialising in helping make communications evaluation – something that to many PR professionals seem complex and impenetrable – easy to understand and meaningful.

Ever the salesman he is keen to share AMEC’s messages around planning, measurement and evaluation and to champion best practice in the industry. (‘I’m always careful, with my AMEC hat on to talk about best practice. AMEC’s voice is the only independent mouthpiece focussing on the proper education of communications and PR in data analytics and insights. In fact as an association we invest over 60% of our revenues into providing the industry with free educational resources,’ he says by way of clarification.)

Salesmanship came first. In his first role in the recession of 1989, he sold ad space for business book publisher Kogan Page. There was no basic salary, being paid instead only commission on sales. The knockbacks in the industry were so hard that when he joined he was encouraged to take a pseudonym so the frequent rudeness and rejections would feel less personal. His triumphs and failures in this role were therefore as Richard Sessions (or Bert Sessions as his boss insisted on calling him).

‘This job taught me the critical value that the sales function plays to any company. Sales is not a dirty word. No business can function unless it can raise revenue, and all staff have a role to play in that. It also taught me that success comes from a combination of hard work, hunting out and taking opportunities as they present themselves and of course a bit of good luck thrown in as well. When I later built my own businesses, these were great lessons for me.’

At Kogan Page Richard landed the role of selling space to the PR industry via the IPR’s original register of members, before becoming the sales manager of Hollis Directories’ Press & PR Annual (‘the bible of the industry back in those days before the internet’). This in turn led to the opportunity to join Saatchi & Saatchi’s public relations consultancy, Rowland Worldwide, where in addition to business development, he worked on a number of client accounts including the National Lottery during its launch in 1994.

A downturn in the business led to redundancy and he took an in-house role at the Royal College of GPs where he worked in their PR department focused mainly on sponsorship and donations. ‘I was a complete fish out of water there and was desperate to do something different. I wanted to continue to be relevant to the PR sector while using my contacts and sales skills so I applied to a vacancy advertised in PR Week for a business development manager for the UK’s ‘fastest growing’ evaluation business. I felt immediately at home when I was  interviewed in the pub over three pints of real ale. The job offer came the next day.’

In reality, Britain’s ‘fastest growing’ business (Metrica) turned out to be just Bagnall, the part time boss Mark Westaby, ‘when he had a spare moment’ from his PR business (Portfolio Communications) plus a ‘somewhat shy 18 year old data inputter’, Paul Hender.

‘On my first day I suddenly realised what I had done – I know nothing about measurement and evaluation having only ever paid a cursory thought to it while working in sales and PR. Now I needed to be an expert and I found it all so confusing! So I set out on my mission there and then to understand it myself and at the same time make it approachable and relevant to the industry at large. If I was confused then so too would be my colleagues in the comms profession. I had to make it simpler if I was to sell its services. We needed to become ‘the human face of measurement. And we needed to grow, and fast.’

‘Paul and I are two complementary sides of one brain’ he says, when discussing his longstanding business partnership with Hender. ‘Traditionally I was the front man, the communicator, the salesman – that side of the business. Paul is the one who likes to get stuck into the weeds with data, technology and methodologies and has ensured that all of our businesses have had the cutting edge platforms and approaches that have kept us at the forefront of the industry over the years. Many times we have been described as being basically a professionally married couple.’

It worked. ‘By the time we sold the business in 2009 to create the Gorkana Group, we had grown Metrica into the largest evaluation company in the world.’

Since then, he’s been providing insights and analytics to the public relations industry via a number of specialist firms including Gorkana, PRIME Research and, now, CARMA International.

‘CARMA tempted both Paul and me back into the front line of the industry providing us a compelling opportunity to combine our experience of building great businesses with our shared passion to provide meaningful, relevant and credible evaluation services.’ They are 18 months into their project and despite the challenges of COVID19 both are relishing it.

Bagnall has been a board director of AMEC for 10 years and has chaired the organisation for the last four. He has a strong view of the industry’s direction of travel. He describes the risk of a ‘two speed measurement market’ where best practice is actively sought in some parts of the world whereas others still seem content to do basic clip counting. Some larger agencies and public sector groups such as the UK’s Government Communication Service are sophisticated in their use of planning and evaluation frameworks based on the AMEC framework. But those same agencies may be operating in markets that are slower to adopt AMEC’s Barcelona Principles.

The Comms industry has an inherent weakness in that staff turnover is high so there’s a constant need to educate newcomers in best practice, especially in topics that are often last on the list of priorities like measurement and evaluation. Employers, universities and membership associations all have their part to play their part in this educational challenge. Bagnall praises the associations that embrace working with AMEC – ‘a single unified voice of common sense describing best practice is what’s needed to drive change’. He says. Plus AMEC runs its own training courses, delivered by PR Academy.

Reflecting on progress over the past two decades he warns: ‘there is a risk that this becomes the industry that won’t be educated. Progress is slow, it can be frustrating, but things are changing.’

So let’s restate this year’s message and key AMEC initiative, on the need for planning. ‘In the PR industry, strategic planning can be a fundamental weakness. Everything tends to be focussed on activity, not objectives and outcomes.  Without clearly understanding these and establishing a plan for how to achieve them, how can you measure in a meaningful way?

#50over50 AMEC Measurement and evaluation