If your boardroom doesn’t do sustainability, don’t insist your PR team does it for you

This thought leadership article was written by guest author Eva Groeneveld as part of a CIPR Professional PR Diploma assignment. It was written in her own capacity and the views expressed solely her own.

A PR campaign about sustainability is no replacement for actually doing sustainability. Indeed, in today’s media environment, accusations of greenwash can do more harm than good.

Greenwashing has been around a long time. A term first coined in the late 1980s by US environmentalist Jay Westerveld after the oil company Chevron’s advertising campaign, People Do, publicised its employees protecting butterflies, foxes and grizzly bears frolicking on the edges of oil fields. The company spent millions of dollars on TV ad campaigns, its budget for environmental activities amounted to a mere $5,000 while behind the scenes it broke the law on clean air, clean water and spilled oil in sensitive habitats. Chevron’s ads have since become the gold standard of greenwashing.

Yet the ad campaign didn’t appear to set Chevron back; it even won them an Effie advertising award in 1990. It was a classic example of old-school greenwashing: using PR as a smokescreen to disguise a fundamentally unsustainable business model: fossil fuel extraction. The company even had the audacity to do it again in 2010 with We Agree, a remarkably similar sounding series of adverts about the future of energy. Indeed, other oil companies around the world are still using similar tactics today.

But with accusations of greenwash still a popular means of attack, how much of a risk does it present to a company’s reputation and bottom line? How do you, and whose responsibility is it, to prevent it?

Greenwashing can cover a multitude of sins. Author John Grant lists different ways companies conduct greenwash, ranging from defending the indefensible (like claiming oil palm helps the planet breathe), using a fig leaf (for example, Beyond Petroleum), getting your facts wrong (when Austrian eco-tourism claimed it caused fewer emissions than UK staycations) or even attempting to detoxify language (the oxymoron of ‘clean’ coal).[i] The vocabulary has even been expanded by Betsy Reed, sustainability and communications expert, to include terms like ‘purpose-washing’ and ‘woke-washing’.[ii]

PR could do without being closely associated with greenwashing. It has spent a lifetime trying to shake off a reputation for spin and snake oil rather than sincerity.

PR scholar James Grunig argues that modern public relations originated in the 1820s when Phineas Barnum, a Connecticut showman and trickster never let the truth get in the way of a good story for his own profit, publishing his own weekly newspaper to promote his personal brand.  Grunig even credits him with coining the phrase ‘there’s no such thing as bad publicity’.

The showman origin explains why PR has struggled with its image, failing to be recognised or valued as a profession. In the Chartered Institute of Public Relations 2020 State of the Profession report practitioners believe PR’s biggest challenge is under-representation of PR at board level and not being seen as a professional discipline.

This 2020 survey also reveals practitioners’ fear that unethical PR practice is on the rise.  It doesn’t help that vague and unenforceable codes of PR ethics are often read once and filed away forevermore. In 2015, academic Johanna Fawkes linked this ethical problem to PR’s roots in propaganda, claiming “it may be that failure to acknowledge the persuasion at the heart of most PR has infantilised our ethical approaches”.[iii] This perhaps explains why greenwashing hasn’t gone away. Ethics are an important prevention against greenwashing, and PR practitioners should know the risks of greenwashing, truth twisting and hypocrisy.

How much of a corporate risk is an accusation of greenwash?

PR academic Alison Theaker states ‘the line between Corporate Social Responsibility and business success is not always clear’.[iv] She bases this on the example of Primark, voted the most unethical retailer in 2005, subject of a critical Panorama programme about child labour in 2008, and yet whose sales rose by 18% in the last quarter of that very year. Similarly, after scandal erupted about poor labour practices in a Leicester factory, fast fashion company Boohoo also reported a surge in sales in 2020.

Whether or not accusations of greenwash stick perhaps depends on the company, what it sells and what it stands for. For an oil company, sustainability messaging will always sound hollow. But when a company that prides itself on its ethical purpose is accused of greenwash, it has serious consequences.

In July 2020, Swedish oat milk company Oatly announced an investment of $200m by Blackstone, a company accused of investing in infrastructure projects linked to deforestation in the Amazon. The storm that followed was unsurprising, with eco-activists threatening to boycott the company. Although the PR team did a good job of dealing with the fallout proactively and honestly – they replied to every single social media mention – the impact of the boardroom’s decision will be felt for years to come.

Firstly, it failed to understand the motivations and values of its customers. We live in an increasingly discerning and action-oriented society, which is a threat to companies that attempt to greenwash. Edelman’s 2020 Trust Barometer talks of ‘belief-driven buyers’ who ‘choose, switch, avoid or boycott a brand based on its stand on societal issues’. Deloitte’s 2020 Millennial survey also showed young people had ‘no reservations about starting or stopping business relationships based on factors that reach beyond personal experience or product satisfaction’. Mintel’s Global trends 2030 report warns ‘no company, brand, or person is safe in today’s social-media-driven world […] Expect to see a rise in consumer backlash over the next 10 years as consumers continue to find their voice in the digital era.’

People now conduct very public conversations, not only with our peers, but also with brands on social media. A more principled, vocal and connected consumer makes companies much more vulnerable to public exposure, which inevitably leads to greater reputational risk. In an increasingly purpose-driven world, no sensible PR practitioner should advise or accept running the risk of greenwashing.

Secondly, Oatly’s decision was made in the boardroom before it had clear understanding of, or consultation with, its publics. Their voice was not fed into boardroom discussions or decisions, and the potential consequences of them were not mapped out. All the dialogue happened after the decision was made. Where was Oatly’s issues management framework? This is the role PR should have been playing. Like it or not, Oatly has become forever entwined with deforestation in some people’s minds and, critically, online.

PR advisers have the potential to prevent greenwashing by applying more critical thinking to internal decisions, but to do this, they need to carry weight internally.

James Grunig and Todd Hunt argued that there were two competing models of PR: the symbolic-interpretive paradigm (putting a gloss or ‘smokescreen’ on decisions made in the boardroom) and the behavioural, strategic management paradigm (influencing these internal decisions).[v] Although a rather two-dimensional presentation of a more complicated reality, Grunig and Hunt’s description of the symbolic-interpretive paradigm speaks to the reality of greenwashing. It explains why greenwashing can happen when the boardroom undervalues PR’s potential as a source of counsel and simply sees it as an agent of gloss. It ignores PR’s potential ‘boundary-spanning’ function, where dots can be joined between functions within an organisation, and coherent communication can be extended externally. It is no coincidence that the main advocate of the ‘boundary-spanner’ idea, Joep Cornelissen, admitted in 2008 that PR’s strategic potential ‘appears to go largely unrealised’.[vi]

Some evidence suggests change is in the air. That PR is slowly finding its voice and becoming empowered internally. According to the 2020 PR practitioner survey, their most commonly reported task is of a technical nature (82% copywriting and editing, 78% PR campaigns). Strategic planning comes in third on the list at 75%two ranks higher than in the 2019 survey. The fact that 83% of senior practitioners do strategic planning, compared to 45% of junior practitioners demonstrates a shift in the role and value of PR internally and at a senior level.

In its boundary-spanning capacity, PR should also provide the boardroom insight into what an organisation’s publics want, what behaviour they expect and would tolerate. Grunig’s strategic management paradigm emphasised two-way communications between the organisation and its publics, ‘to provide publics a voice in management decisions and to facilitate dialogue between management and publics both before and after decisions are made.’[vii] This might have changed Oatly’s decision to accept the investment from Blackstone in the first place.

But two-way communication doesn’t eliminate the potential for greenwashing. Sometimes it can feed it.

Following the BBC’s 2017 Blue Planet series, TV viewers rode a wave of anti-plastic sentiment and boardrooms were fed evidence by PR teams that consumers were demanding more action. Companies raced to make bold public-facing commitments to reduce plastic packaging. Some were not so well designed. In 2018, Starbucks was criticised for introducing straw-less lids, which actually resulted in more plastic, not less. In 2019, McDonalds swapped a plastic straw for a paper one, but the latter was neither recyclable nor liked by customers. We soon learned the alternatives to plastic could have also have significant environmental impacts, sometimes greater ones than plastic itself. The lesson here is that even when a company is listening and responding to its publics, it can still greenwash them into thinking it is doing more environmental good than it actually is.

It doesn’t help that people are not always reliable and consistent on sustainability. Nor should they be expected to be. In 2019, consumer insight agency Nielsen reported a rise in global demand for sustainability; 73% said they would definitely or probably change their consumption habits to reduce their impact on the environment. In the UK, research by Capgemini into the global consumer products and retail industry showed 79% of consumers are changing their purchase preferences based on sustainability. All good headlines, but this belies the fact that only 36% of companies actually believed consumers were willing to change their choices. This is the ‘intention-action’ or ‘attitude-behaviour’ gap. Many of those who show positive attitudes towards sustainability say more than they do. In one recent US survey, 65% said they want to buy purpose-driven brands that advocate sustainability, yet only 26% actually do.

Perhaps we are all inclined to commit a little greenwashing? After all, it’s not easy being green.

There is hope that greenwashing may become a thing of the past. The reason is the mainstreaming of Environmental, Social and Governance (ESG) into corporate thinking.

As a child of Corporate Social Responsibility, ESG originated in the 1990s with businesses trying to align their values and behaviour with the demands of stakeholders. The difference with ESG is that it is an assessment marker for investors demanding change.

ESG’s popularity in the boardroom also means that critical thinking around sustainability is also given consideration at the heart of the company. Sustainability is not suited to a symbolic-interpretive PR approach. To distil a company’s sustainability performance into a slogan, commitment or advertising campaign is a tall order and will not only sound hollow, but also invite further scrutiny. Since ESG promotes honesty, transparency and dialogue, it means the PR team is more likely to be able to engage in meaningful dialogue around sustainability without having to resort to greenwashing ad campaigns after a decision is made. However, the buck must stop with the board – sustainability is too important to be left to anyone else.

Above all, sustainability should be about doing, not looking like you’re doing.

Eva wrote this article as part of her CIPR PR Diploma qualification. Want to get qualified too? Find out more. 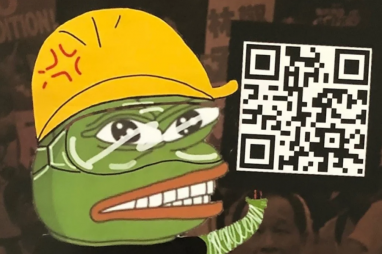 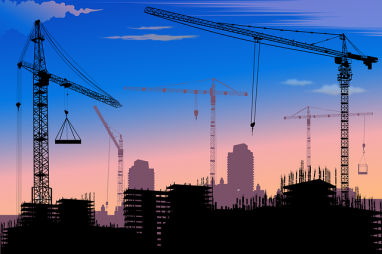