Social branding in an age of connectedness 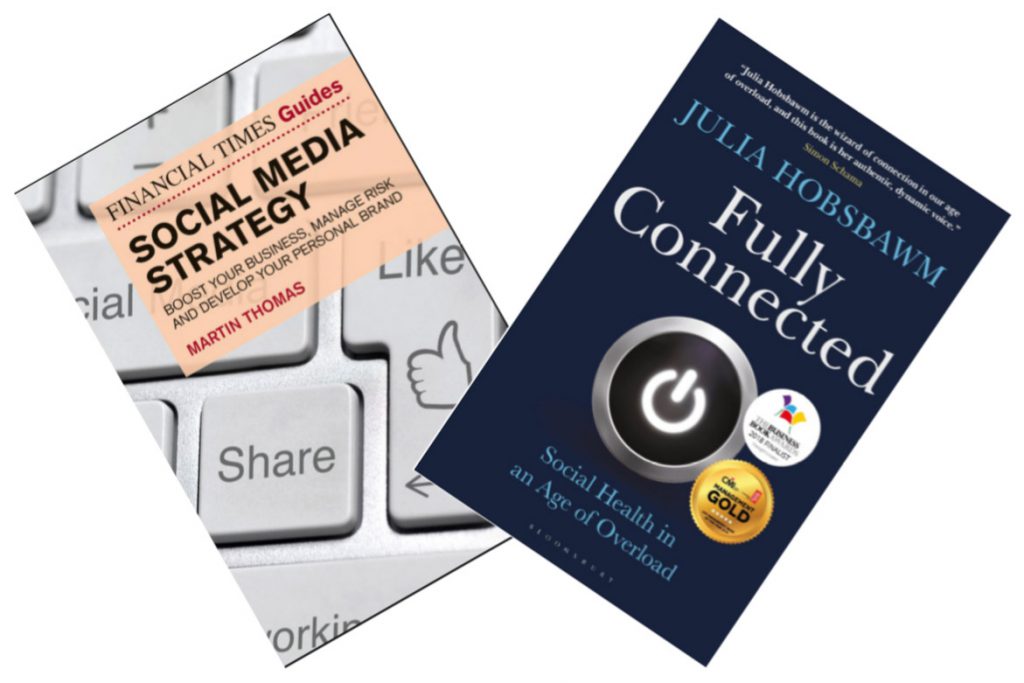 Connectedness and strategic thinking were two themes that emerged from a breakfast discussion with Julia Hobsbawm and Martin Thomas on 7 March.

Martin’s latest publication is a text book: ‘The Financial Times Guide to Social Media Strategy’, which he described as ‘swine to write’. Like many books, it was written out of a sense of anger. In Martin’s case this was the frustration that organisations are simply not applying anything like enough rigour to social media. There’s no strategic planning. Many organisations still don’t know why they are doing it. And the reason why organisations struggle to get to grips with it are cultural, not technological. Martin cited an example of an organisation that takes four days to get sign-offs on a tweet.

However, there is an often over-looked benefit to social media in that it can force an organisation to ask themselves bigger questions about their culture. For example, why do we have overly bureaucratic sign-off protocols?

Martin’s view of the social media environment is that we now have a duopoly with Google and Facebook dominating the mediascape, making it much harder for new entrants. He thinks we have reached peak selfie and believes that the younger generation are much more social media savvy and careful about privacy and oversharing than older generations. That said, he is finding that more CEOs and senior managers are expected to have a social media presence as this is seen as an important component of an organisation’s reputation management.

Julia Hobsbawm’s book, ‘Fully Connected’, was shortlisted for the Chartered Management Institute (CMI) management book of the year award last year. Julia talked about the paradox of why in an era of ‘constant connectedness’ we are witnessing more disconnection and miscommunication than ever before. She cited the Grenfell tower fire as a classic example of a break-down in communication between tenants and landlord. She would like to see ‘social well-being’ established alongside physical and mental health. This would be related to social knowledge, networks and time. But technology isn’t helping. A ‘connectedness’ solution would be focused on face to face communication and simplicity. Julia feels that we are in a unique moment of tension, change and communication saturation and the answer lies in small group gatherings. Her cri de cœur is don’t just pump out stuff because you can, get real, keep it real rather than infinite.

In terms of personal social branding, Julia highlighted narcissistic tendencies of the selfie generation. But she believes, as her grandmother said to her, that ‘If you have nothing to say, say nothing’. She cited the example of Wetherspoons closing their Twitter account which had no impact on the business.

Martin said that from a professional perspective, LinkedIn is ‘reassuringly boring, almost anti-Facebook, but damn useful’.

In the Q&A session there was an interesting discussion about what could be done about misinformation. Julia suggested that one approach was for organisations to generate constant updates with full transparency, narrating their own journey on the issue as it happens. Martin stressed the importance of spotting issues and responding immediately. Julia also pointed out that, to date, there have been no obvious examples of organisations being destroyed by misinformation, but the key is simply to run a good ship and be transparent.

One thought from Julia summarises my take-out from the session:

Nothing is simple, yet we crave simplicity. In this age of technological change and communication saturation, how can we combine online and offline communication personally, professionally and for organisations and make things simpler?