Evaluation: from media to management 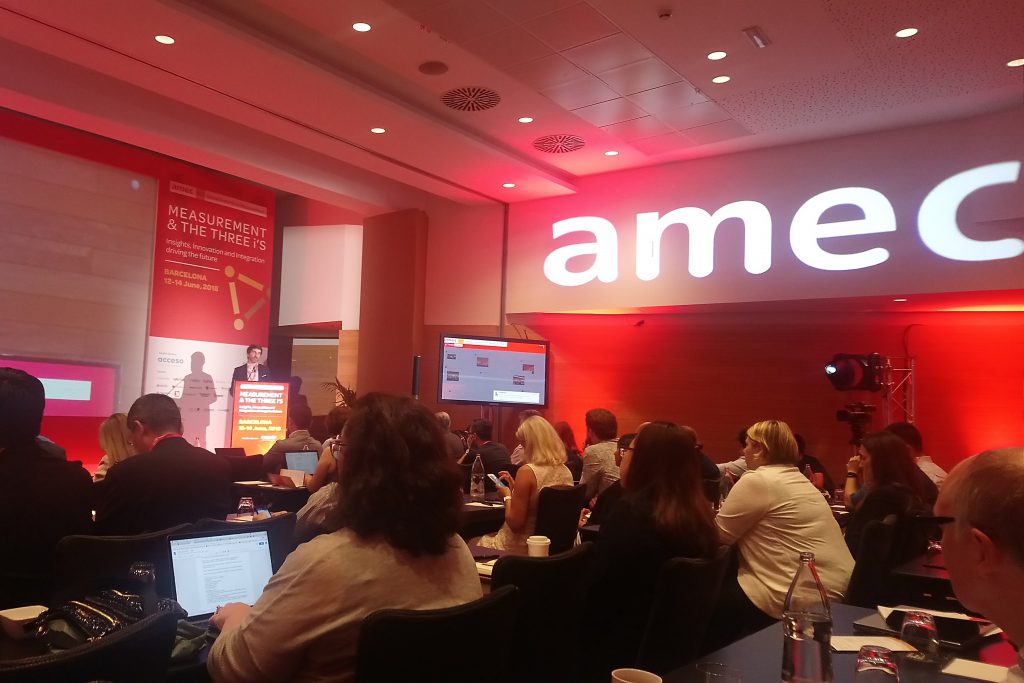 You surely know the narrative by now: the focus has shifted from output measures (such as the descredited AVEs) to measuring impact. But there’s more to this story than the headline.

What’s clear from day one of the AMEC summit in Barcelona is that the real shift is from media to management. This is hard-wired into the DNA of the conference organiser: AMEC originally stood for the ‘Association for Media Evaluation Companies’. It’s now the ‘International Association for the Measurement and Evaluation of Communication.’

Of course, all communication demands a form of media (conversations are media), but the shift from mass media and even social media is notable. Communication comes first; media becomes a channel – not an end purpose.

Others talked about the remaining challenge of proving ‘PR attribution.’ This means aggregating all of those interactions that we call PR and/or communication, and measuring their impact on organisational objectives. This would be the Holy Grail of public relations management, and would surely result in increased budgets and greater respect for the role of comms.

Yet, no sooner had the concept of PR attribution been positively floated in the morning than it was comprehensively sunk during one of the afternoon sessions.

Microsoft’s Jamin Spitzer delivered a highly quotable talk (he described insights as ‘a backward looking probability that informs a forward-looking possibility’) and said he’d looked at PR attribution but was suspicious. There were intangibles (such as trust) and non-commercial activities (such as philanthropy/CSR) that cannot and should not be measured by profits. There was a danger of unintended consequences, so you should be careful what you wish for.

Two later presentations summed up the state of play. One organisation was counting brand mentions; another took mentions as a starting point but followed through to measure behaviour change (an example of PR attribution).

We saw many examples of digital dashboards: management thrives on actionable data, and many are exploring ways of representing this data visually and in real time.

The clearest example of actionable data came at the end of the day, when Jenny Caven of Slimming World showed a dramatic spike in interest in weight loss at one specific time of the year – January, coinciding with New Year’s resolutions.

As a result of this insight, the firm had targeted its campaigns towards the end of the calendar year.

Data leading to insight, informing management to empower communication. That feels like the sweet spot, and was a satisfactory conclusion to the day.