At least, that’s how it was defined in the landmark 1984 textbook Managing Public Relations by scholars James Grunig and Todd Hunt:

‘Public relations is the management of communication between an organization and its publics.’

Among some practitioners, particularly those working in the public sector, there’s the sense that ‘public relations’ has negative associations. Communications (or comms) sounds so much more neutral.

Many today will disavow any association with public relations, professing instead to do internal communication or public affairs or corporate comms.

This shift from public relations to communication is all around us.

The assumption is that communication is a broader concept than public relations, more suited to a world of integrated communication.

This introduces the first discordant note: there’s a difference in the language used by practitioners and by academics.

AMEC, PRCA and most practitioners use the plural: communications. This suggests lots of tools and plenty of channels. Besides, we abbreviate the term in the plural (comms and marcoms, not comm or marcom).

Yet academics prefer the singular form. Look back at the Grunig and Hunt definition quoted above: it talks about communication management, not communications management.

Joep Cornelissen’s Corporate Communication: A Guide to Theory and Practice is now in its sixth edition (this suggests a very successful textbook). Few will have noticed the subtle change: in its first edition, it was called Corporate Communications: A Guide to Theory and Practice. This was quickly (and quietly) corrected from the second edition onwards.

Already, I can sense the protests. This is a purely academic point (with no practical implications). Why insist on singular when the world uses the plural form?

The science of communication

The good news for communicators is that the core skills are clear to all (they are often listed in job advertisements), and can be learnt and improved with practice.

So communicators are required to be strong writers – and often to have a mastery of specific writing styles, whether press release writing or speech writing – and persuasive speakers.

It sounds easy, in theory. Yet every journalist can recount tales of ill-judged pitches and stubborn persistence. Most employees feel overloaded by internal (rarely external) emails.

Draw a simple flow diagram of your public relations and communication. Now, which way are the arrows pointing?

Communication implies words and messages, and we tend to focus on what we want to say. So public relations has traditionally operated through media relations, often deploying one-way publicity via press releases. It has also conventionally used internal communication (originally known as industrial journalism) as a means of transmitting management messages down to the workforce.

So one problem of using communication to describe your work is that people will quite reasonably expect you to communicate – and will assume this involves the outward or downward transmission of messages.

You know in reality that those arrows are two-way. Maintaining good relationships with the media requires you to know what stories they’re looking for, and which pitches they would regard as spam or overly promotional. Good internal communication seeks to engage employees and harness their ideas. It’s a two-way street. Australian scholar Jim Macnamara has written about the importance of listening.

In his 2011 book The Business of Influence, Philip Sheldrake discusses the complexity of listening and responding given the profusion of conversations and channels:

So you may have drawn arrows in two directions: your listening and your communication messages. But did you draw any arrows pointing upwards?

If public relations is a management discipline, then it needs to be used to inform and advise senior executives, not just transmit messages to audiences.

‘Viewed collectively as well as individually, these eight challenges help explain to a large degree why it has often proved difficult for public relations to be accepted as a mainstream ‘management’ function within organizations, and hence, why it is that senior practitioners have often struggled to gain acceptance as members of the dominant coalition within organizations.’

Yet the broader discipline, variously known as corporate communication or corporate affairs has been growing in status as a means of helping senior managers navigate their complex environments.

Perhaps the problem is with the name public relations or the word communication?

In politics, there’s a sharp distinction between those involved in policy, and those tasked with communication.

Katie Perrior had dreamed since she was young about working in politics. She sold her business to become the first female director of communications in 10 Downing Street (a role normally given to former journalists, not public relations specialists), but then suffered from a lack of access to the Prime Minister and her closest advisers. Having left Downing Street, she has talked about the frustrations of the role and her difficult relationship with the then joint chiefs of staff, Fiona Hill and Nick Timothy.

As Tim Shipman writes about Perrior in his well-researched book about recent UK politics:

‘When she signed up to work for May – abandoning a public relations company she had sweated blood to build up with her business partner Jo Tanner – Perrior had imagined she would have the kind of relationship with May that her predecessor Craig Oliver had enjoyed with David Cameron – as a trusted adviser and sounding board present in the key meetings. Without that access a communications chief was next to useless because they could not predict the coming crises or speak with any confidence to journalists about the prime minister’s intentions.’

Meanwhile Fiona Hill, who had a background in television, was keen to be seen as something more elevated than a communicator. Communications, ‘regarded as integral to policy-making’ under Cameron and Osborne, had become a separate, detached, function under May.

In the first essay in this series, we looked at public relations as reputation management, and quoted the CIPR’s definition of reputation as ‘the result of what you do, what you say, and what others say about you’.

If you envisage your role as a communication discipline, you’re privileging ‘what you say’ over ‘what you do’, yet we all know that actions speak louder than words. You may or may not pay much attention to ‘what others say about you’.

Yet if you view yourself as a relationship manager (the subject of our next essay in this series), then you will regard all three dimensions (‘what you do, what you say and what others say about you’) as important.

Having input into ‘what you do’ implies influence within the senior management team.

Anne Gregory and Paul Willis provide a sensible defence of the continued use of ‘public relations’:

They write that it ‘involves all those deliberate efforts to formally communicate with individuals or groups and includes management or internal communication, marketing and advertising, and public relations… Communication is the word often used to describe these collective specialist functions, but we will use the phrase public relations because it best describes what happens; the organisation builds relationships in public and with these various publics.’

Whether you call it public relations, communication or communications, there’s a debate about whether it’s a strategic management function. Let’s assume that management involves planning and strategy describes purpose.

In one corner is this year’s CIPR president, Sarah Hall, who has edited two #FuturePRoof ebooks to articulate this case. She’s joined by academics including Anne Gregory and Danny Moss.

In the other corner are various practitioners, fighting a rearguard action on social media – and some academics who want the focus to be the benefit public relations brings to society rather than to organisations.

I think the debate exists because of the confusion between ‘means’ and ‘ends’. Let me give an example.

It’s possible to accept to logic of ‘strategic marketing management’ as marketing describes an end point (‘the satisfying of customer demands profitably’).

But what’s the sense in ‘strategic advertising management’ since we understand advertising to be a means (paid publicity) to an end (such as increased sales)?

But what about public relations? It’s most commonly seen as a means (earned publicity through media relations, say). Communication almost defines itself as a means rather than an end.

I accept that most people outside the classroom (and many within it) are bored of definitional debates, but this discussion shows that it remains an ongoing challenge that cannot be avoided.

Perhaps we need to rephrase the question from ‘what is public relations?’ to ‘what is the purpose of public relations or communication?’ That should help us clarify our roles and responsibilities.

Sheldrake, P (2011) The Business of Influence: Reframing Marketing and PR for the Digital Age, Wiley

Communication Essay What is public relations? 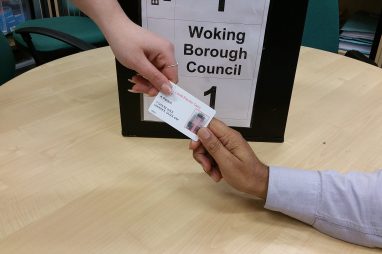 Making a success of ‘Bring ID to vote’ 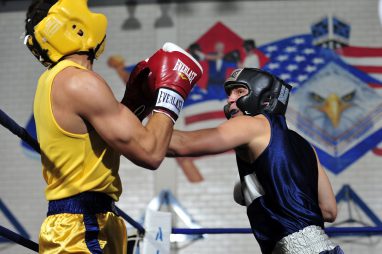 Public relations or communication: still slugging it out

Public relations or communcation? We summarise the arguments. 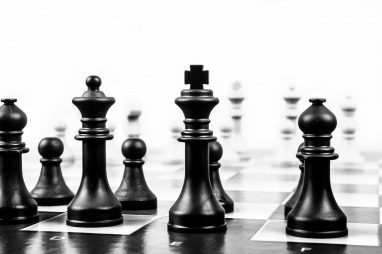 Communicating upwards is the challenge